You’re bored, don’t have any retro consoles and want to play retro games? Correct? Well, it might be time to download the best Android emulators in order to beat that boredom!

The best android emulators are basically applications on your mobile device that allow the ability to play ROM files. ROM files are basically the old school retro games, but before you do download these ROMs we need to inform you that it is in fact illegal to do so.

However, downloading emulators is legal, so… go figure. Still to this day the legality of ROMs is as confusing as ever, and since doing our research nothing is clear.

But what is clear is that Nintendo and other companies do not want you to download them and could legally prosecute you should you do this without their permission.

Some websites say you’re allowed to download ROM files of games you currently own, but we still think that’s a stretch, so we’re going to advice you not to download ROMs.

Do what you wish with that information, but we can legally advise you on what emulators to download. I know, confusing right?

We have been using RetroArch for some time now, and as much as it’s not the best looking application out of the bunch it is the most reliable. By simply going into the application, downloading cores (which is the emulators), you then go through the simple settings to open up ROMs which should be on your SD card or internal memory.

RetroArch works incredibly well with gaming phones, or smartphones with built in buttons, such as the Moqi i7S, it allows you to edit the placement of the buttons, and map them to certain keys. Making future Android tablets and gaming handhelds the perfect partner with this application.

The only downfall with Retroarch is that the user interface is a little outdated and can take some time to get use to, especially if its your first time downloading an Android emulator.

MyBoy is one of the best Android emulators around for those of you that loving playing the best Gameboy Advance games. It’s an easy application to understand and even easier to play ROMs because you simply chose from your Gameboy Advance ROM folder without having to navigate all of your retro console files.

Not only is it free it comes with a couple of really cool features that others in our best Android emulators seem to miss out on. One of those is that it has link cable capabilities, meaning you can connect to other Android smartphones who are using the MyBoy application via Bluetooth or Wifi. Yes, that’s right, you can trade Pokemon through this thing!

And finally, it can also use your smartphones Gyroscope and tilt functionalities, so games such as Kirby Tilt And Rumble for the GBC will work on it. Pretty cool hey?

The Dolphin Emulator is an old one, but it was finally updated in 2018 with a bunch of new features and it takes full advantage of newer smartphones CPU power in able to power newer games such as Dreamcast and some of the best Gamecube games around.

Rereleased in 2018, this newer version of Dolphin on Android takes advantage of more muscular hardware on newer Android phones, as well as support for GLES3 and Vulkan to be able to run some games at solid emulation and framerates.

Dolphin for Android features customizable touchscreen controls, as well as support for the GameCube controller through the Wii U adapter, as well as the WiiMote through the Mayflash Dolphin Bar accessory.

Now, although this is not an actual emulator it is worth mentioning. Dig is a what the cool kids call a “emulator front end” and what it does is basically organise all of your ROM files, into a clean UI within an app.

It then connects to the best android emulators in order to open your ROMs. So, imagine this. You have Dig as your dedicated front end “menu”. It automatically organises all of your ROM files into “console” folders. It adds your artwork, and allows you to select an emulator to open it with.

We use Dig on our smartphone’s homepage, we open it, go through the beautiful UI to easily select a game, press it, then a menu comes up asking what emulator to use, and bang! You’re playing some of the best Gameboy Color games in an instant, without faffing around finding what game you want.

I know what you’re thinking. “Where’s my dang DS emulation?”. Well here you have it. The Drastic DS Emulator app is by far the best android emulator you can get for playing your favourite DS games. It may not be a Nintendo Switch DS, it can still power some of the bigger games, depending on if you have a powerful enough smartphone or not.

If you’re playing 3DS games this will turn those 3D graphics into 2x their original resolution, making them very crispy indeed.

What makes this android emulator so great is that you can customise the placement and size of the DS screens, allowing you to play in portrait or landscape modes.

You can connect bluetooth and physical controllers, save and resume your progress wherever you please and even use the internal cheat codes should you want to… well, cheat.

Overall it’s a great little app, and one we recommend picking up if you want to emulate DS games, but just as of writing this article the app cannot connect to wifi or do multiplayer functions.

For those of you wanting one of the best android emulators that can handle a wide number of different consoles then the EmuBox app might be for you.

EmuBox is a free application that can emulate Nintendo DS, Playstation 1, Gameboy Advance, Gameboy Color and NES. It supports up to 20 save states for each ROM, allowing you to go back to your favourite levels with the press of a button.

You can play with external controllers, tweak settings for optimised performance and fast forward so that you can get through certain areas of the game quicker. It’s an all-rounder for those wanting one of the best android emulators for free.

But as you may know, nothing is free. The only downfall with this application is the odd advert popping up, but we’ve tested it and the ads are in no way intrusive, they just hide at the bottom of the screen. So make your decision based on if you want to see ads or not!

One of the most popular consoles to emulate is the Playstation 1, and if you haven’t read our RG350M review, you’ll know that PSX is quite a hard emulator to run, especially on older smartphones. So if you’re using this application, be sure you’re using a smartphone that’s at most 5 years old.

ePSXe is a port of the popular ePSXe for PC. It’s highly compatible with 99% of PS1 games, is powerful enough to provide very good frame rates and one thing we’ve noticed after using is the high quality audio that comes from this emulation.

Not only can you use it on your smartphone it also works perfectly on tablets too, even though with built in controllers. Yes, you can 100% map buttons.

You can slo connect bluetooth controllers such as the 8BitDo, the WiiMot and even an Xbox 360 controller should you want to go all out pro.

It’s a great app, runs well, and is slightly cheaper than most of its competitors, but remember this is just for PS1 emulation, nothing else.

You’ll need the REIcast app to play some of the best dreamcast games on an Android smartphone. This free app is strong enough to emulate the likes of Crazy Taxi and even Sonic The Hedgehog in 3D.

One of the great things about Reicast, is that not only is it free, it’s one of the only Dreamcast emulators on the Google Play Store, so it has no real competition.

It’s a simple yet, somewhat effective emulator. It’s not the most reliable, and we have noticed some issues running larger Dreamcast games and the odd crash now and then, but it works.

Once you’re in go through the menus to load up your Dreamcast ROMs, press play and you’re ready to start playing with already mapped buttons.

Just prepare yourself for the odd frame rate jump and crash from this, it’s on our best android emulators article because quite simply… it’s the only Dreamcast emulator you can get!

If you’ve been reading our articles for some time now, or happen to be a long time subscriber to our youTube channel, you’ll know we have a soft spot for the the classic Gameboy DMG and the Gameboy Color. We’re just obsessed with them and have a habit of collecting the best Gameboy accessories we can find.

This My OldBoy application is no way going to beat using an original Gameboy for playing games, but it does the trick if you want to get a dose of nostalgia on the train, or when you’re taking time out to relax.

It’s only $3.99 and is by far the best android emulator for GB and GBC games. It runs incredibly smooth, no screen tearing, no frame rate drops and works on phones older than 5 years.

It can save from any frame, works at a silky 60FPS constantly, there’s a fast forward setting, it saves battery by using as little as the screen as possible and you can even trade via bluetooth.

This is the go to emulator for those of you that want to play Gameboy games, period.

For those of you that have read our best SNES games article, you’ll be glad to know that there’s an emulator just for you!

The Super Retro 16 app is a free emulator specifically designed to emulate SNES games. What’s nice about it is that not only is it free, it also shows you the classic controller at the bottom of your screen, great for those that want a nostalgic touch.

It emulates incredibly well, and this app can be downloaded on old smartphones, because it doesn’t take much to power SNES games at all.

It’s UI is a little outdated, and there hasn’t been an update in some time, so if the app does break (which we have yet to experience) expect long wait times for any kind of update. This is a gem, that has been forgotten, but thankfully still works!

A 28 year old fella that's had a Gameboy addiction ever since he was a child. Brandon is the founder of RetroDodo and created a YouTube channel with 180,000 subscribers dedicated to retro gaming products. He now wants to create the No.1 site to showcase the latest retro products from around the globe. 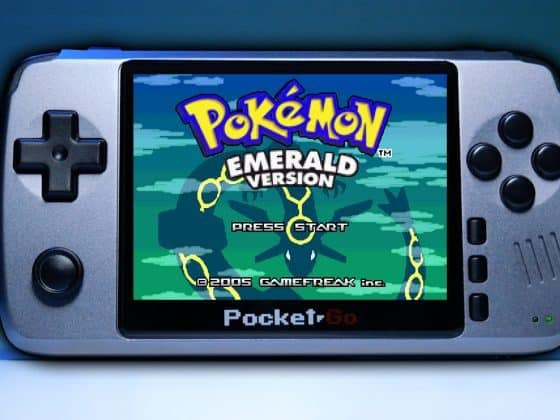 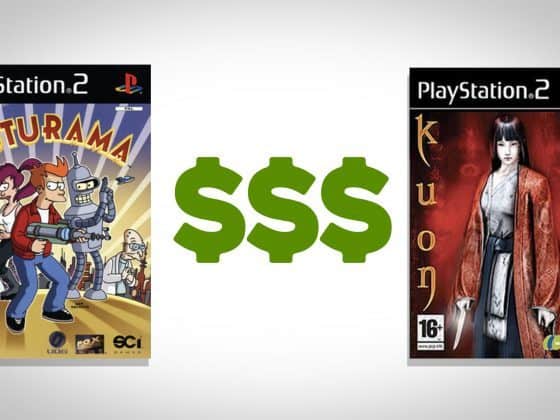