RetroDodo is the leading buyer’s guide for retro gaming enthusiasts. With over 10 years experience testing products and more than 40 million video views, Retro Dodo is widely known for digging up the best of the best retro gaming products. With new gear posted every week, Retro Dodo plans to become the ultimate place for those with a passion of collecting and hunting down the ultimate selection of gaming items.

Our team is made up of dedicated retro gaming experts that have years of experience in the industry. We take pride in our team, it may be small but it’s passionate, we live and breathe retro and we want to share our knowledge with the world and help you decide what products and games to pick up. 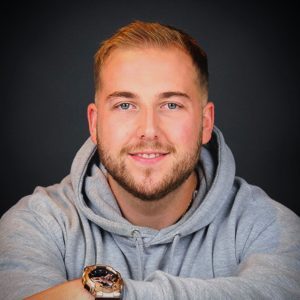 Brandon Saltalamacchia has been making content on retro products since 2009. Born with a Gameboy in hand and a creative mindset, he sailed through College to obtain a National Diploma in Media Production so that he could fulfil his dream of making a digital media company.

While in College Brandon started producing content for his own retro gaming YouTube channel, which soon turned into 100,000+ subscribers strong.

Once College was over he worked for a wide number of digital media start-ups to broaden his knowledge in the ever growing content creation world.

He was then employed by one of the largest digital publishing companies in Europe as a video producer for the largest gaming website in the world. After learning the ropes, he then decided to pursue his dream of creating a digital media business called Thunder Niche by leaving to start Retro Dodo.

His childhood was filled with video games, from the classic Sega Mega Drive, to the Dreamcast. His favourite was the Gameboy Color, it was the console that turned him into a gamer. He now wants to share his passion with fellow retro gamers by creating the ultimate hub about retro gaming products. 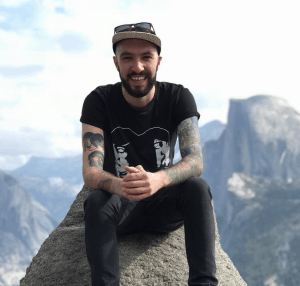 Seb Santabarbara has been obsessed with all things Nintendo since he first got received the legendary N64 on Christmas Day 1996. Since then, he has gone on to own every Nintendo console released and is of the firm opinion that Ocarina Of Time is the greatest game ever.

He loves couch-coop gaming and can often be found playing on his Nintendo Switch in sunny locations while travelling the world in his converted camper van.

After a successful career in Music Performance and Music Production, Seb decided to give everything up in a bid to follow his passion of writing and embarked on an adventure to find a self-sustainable and more eco-friendly lifestyle. He currently travels full time and writes for Retro Dodo full time.

After completing his first full-length fantasy novel on the road, he turned his hand to documenting his love of gaming and joined the Retro Dodo team as a writer. He has a strong love of early SEGA and Playstation games and is constantly on the lookout for interesting new Handheld Gaming designs and concepts.