The best gameboy games of all time is a list no outlet wants to write, for fear it will… well. annoy a lot of fellow Gameboy enthusiasts out there, and although we are kinda ranking them, we are going to put these in no particular order, so hopefully if you are a fellow Gameboy junkie like ourselves, you’ll respect our decision. If not, we’d love to hear your thoughts on which ones we’ve missed.

And usually this is where a website would talk about the Gameboy and introduce what it does, when it was released and how it effected the market, but if you’re reading this, you already know that it’s one of the best gaming consoles of all time and revolutionised the handheld gaming market. And for those wondering, this is not a best gameboy advance games list, just the original square cartridges that most of us still have hiding somewhere in the attic or basement. So, let’s starting ranking the best gameboy games of all time.

We couldn’t have a top 10 best gameboy games list without featuring Pokemon. The RPG that changed many kids and adults lives. Pokemon Red & Blue was released in 1996 in Japan and 1998 in western countries for the Gameboy by developers Game Freak. It was mainly used on the Gameboy Color which came with a shade of red or green within the game. It’s not a lot of colour but hey, it was an upgrade from the original Gameboy.

The game was one hell of an adventure, and the aim was to catch every single Pokemon and become the best Pokemon Master in the world, but defeatuing the Elite Four, a team of highly trained Pokemon Masters with some of the strongest Pokemon around. It was no pick up and play game, you’d put hours and hours into the story just to get through the gyms, and even then that can be a challenge of you didn’t plan what Pokemon to use. Tactics would be needed, and trades would be used in order to strengthen your team. It was the game that connected Gameboy players, all with the use of a simple trade cable in order to trade Pokemon.

2.Turok: Battle Of The Bionosaurs

One that may surprise you being on our best gameboy games list, and that’s Turok: Battle of the Bionosaurs. A 2D action platformer developed by Bit Managers for the Gameboy in 1997. It was a challenging game, and one of the first to feature Dinosaurs, which well, everyone loved back then. It had a number of stages, but the game was known for switching between being a side scrolls and a birds eye view game, which made each stage feel completely different and unique.

The Dino’s were scary, the weapon choices vast and tactical button mashing strategies were needed in order to get to the end. It was released alongside Turok: Dinosaur Hunter on the N64, and many Turok fans came over from that console in order to play it in the go. It was one bad ass game that we still play to this day, and it’s good to see the Turok franchise still going strong with modern titles. We love Dinosaurs!

3. The Legend Of Zelda: Link’s Awakening

The Legend of Zelda: Link’s Awakening is probably on ever best gameboy games list on the entire planet and that’s for good reason. This game was the action adventure gameboy that sapped that attention of Gameboy fans for hours on end. It was a game developed by Nintendo for the Gameboy and Gameboy Color and was released in 1993, making it one of the first BIG games for the Nintendo Gameboy. It didn’t kick start the Zelda franchise, but boy did it help.

It starts with Link being stranded on a island, having to discover a way off, solving complex puzzles and fighting off monsters all while finding eight musical instruments that will awaken the sleeping fish that stops him from leaving. The game sold over 6,000,000 units… take that in. That alongside is incredible story, is why it’s on our best gameboy games list.

The gameboy 99% of Gameboy users had. Not because it’s best gameboy game of all time, but because it came free with most purchases of the original Gameboy. And although it was seriously overlooked by children back in the day, it was the game that got adults, and teenagers into the handheld community. It’s ever growing challenge of getting the highs core and its addictive theme tune made it one of the most played pick and up play games for the Gameboy.

And still to this day Tetris is forever evolving, and just due to it’s easy playability, and mind numbingly enjoyable gameplay it had to be one we added to the list, because it’s hard to hate Tetris, especially when it’s so addictive! What a game. Oh, and most of the world knows the game Tetris, even if they hate it, they’ll still play it.

Oh, Pokemon again? Yes, because we’re addicted to Pokemon and it’s actually an incredible game. For the millions that played Pokemon Red & Blue the next gen was a huge surprise, and one that pleased the current Pokemon players and the one that intrigued those who didn’t play it. Pokemon Gold & Silver were introduced to the Gameboy Color in 2000, and then 2001 in Europe. It was the game that made Pokemon actually quite challenging, especially towards the end.

it was incredibly similar to the previous Pokemon game, but it introduced a bunch of new Pokemon to discover, and a new region of the Pokemon world to explore. Nintendo still kept the ‘Gotta catch em all’ tagline which made Gold & Silver players go back to the originals in order to complete their Pokedex. If you didn’t have all 151 when you were at school, you’d straight up be out of the “cool kids” group. This was serious business.

That’s right, not Super Mario Land 1, but Super Mario Land 2: 6 Golden Coins. This was the platformer that brung more depth to the graphics. We’re not talking about extra pixels, but a simple addition to depth of field and shading allowed the users to be slightly more immersed. This lead on to Super Mario Land 2 being a serious enjoyment to play, forever keeping you on your feet, and trying to explore every section of every level.

It introduce Luigi too, Mario’s best bud who is still in the latest Nintendo games to this date! It was released in 1992 by Nintendo, a very early game that kept other developers on their feet. It please Mario fans and pleased those who wanted a challenge, and therefor it’s an all rounder and one we couldn’t not feature in our best gameboy games article. It’s one we just love playing on the Bittboy Pocket Go, in it’s small compact form!

Not so much game, but more of a must have accessory. But it’s still going our list?! The Gameboy Camera allowed the 90’s kids to take selfies… Super pixelated selfies that made you look like Smeagle from Lord of the Rings. You added it to your cartridge slot and wallah, you could add filters, take pictures, save pictures and turn your Gameboy into a fine portable snapping device that made kids get out the house.

Team this thing up with the Gameboy Printer and you could quite literally print your selfies out on the go. You’d have to remember to bring a crate full of AA’s though because that printer looks the eat through them… fast. This was the cool kids gadget, and one not ever child got hold of, but you can bet yourself it was one game, every kid wanted.

Donkey Kong, one of the must nostalgic games characters of all time, and renowned for being a challenging arcade game, which soon got ported to the Gameboy. It was released on the Gameboy in 1994 and allowed Gameboy fans to tackle the ever so challenging puzzle games in pocket form.

The player would take control of Mario who’s aim was to rescue Pauline from Mr Bad Donkey Kong, he’d throw barrels at you, making it hard to navigate up the level. But once you did, you’d save the princess. You were greeted with different levels, different difficuluties and the ever so nostalgic theme tune! A great game, and a great character that everyone loves to hate.

Kirby, the floating chubby ball of love that likes to suck its enemies into its abyss. Sounds scary, but this adorable things was loved by the millions. Kirby’s Dream Land was released in 1992 by Nintendo and is an action platformer which was made for pick up and play gamers. But not just that, the developers wanted it to be a game for the more hardcore platformers out there and allowed you to unlock new hard levels and lower Kirby’s HP.

Kirby can fly by inflating himself with a mouthful of air and flapping his arms. Flying can be done indefinitely; however, while flying, Kirby’s only method of attack is to release the air puff held in his mouth which cancels his flight. This is how you would navigate across the five levels, in order to complete the game. A cute, challenging platformer with a different touch to Mario and others in its category.

We’ve all heard of Final Fantasy, a huge franchise that’s still going to this day, but one of the greatest was on the Gameboy. It was release in 1993 by developer Square and was aimed at those that wanted a different and more mature adventure game compared to the liked of Zelda and Pokemon.

The world is viewed from a top-down camera angle, and you can defeat monsters, explore the world and discover its incredible story, but what made Final Fantasy Adventure incredible was it’s choice of unique illustration and the introduction to mana and stamina. Making the game much more challenging, and one that you’d have to think about what you are doing instead of just picking it up and playing. It’s a game for a maturer audience who want a challenge and a new style of action games for the Gameboy. Worth a pick up for sure but it might be hard to get hold of, so we recommend picking up a LDK Horizontal if you haven’t got a Gameboy handy! 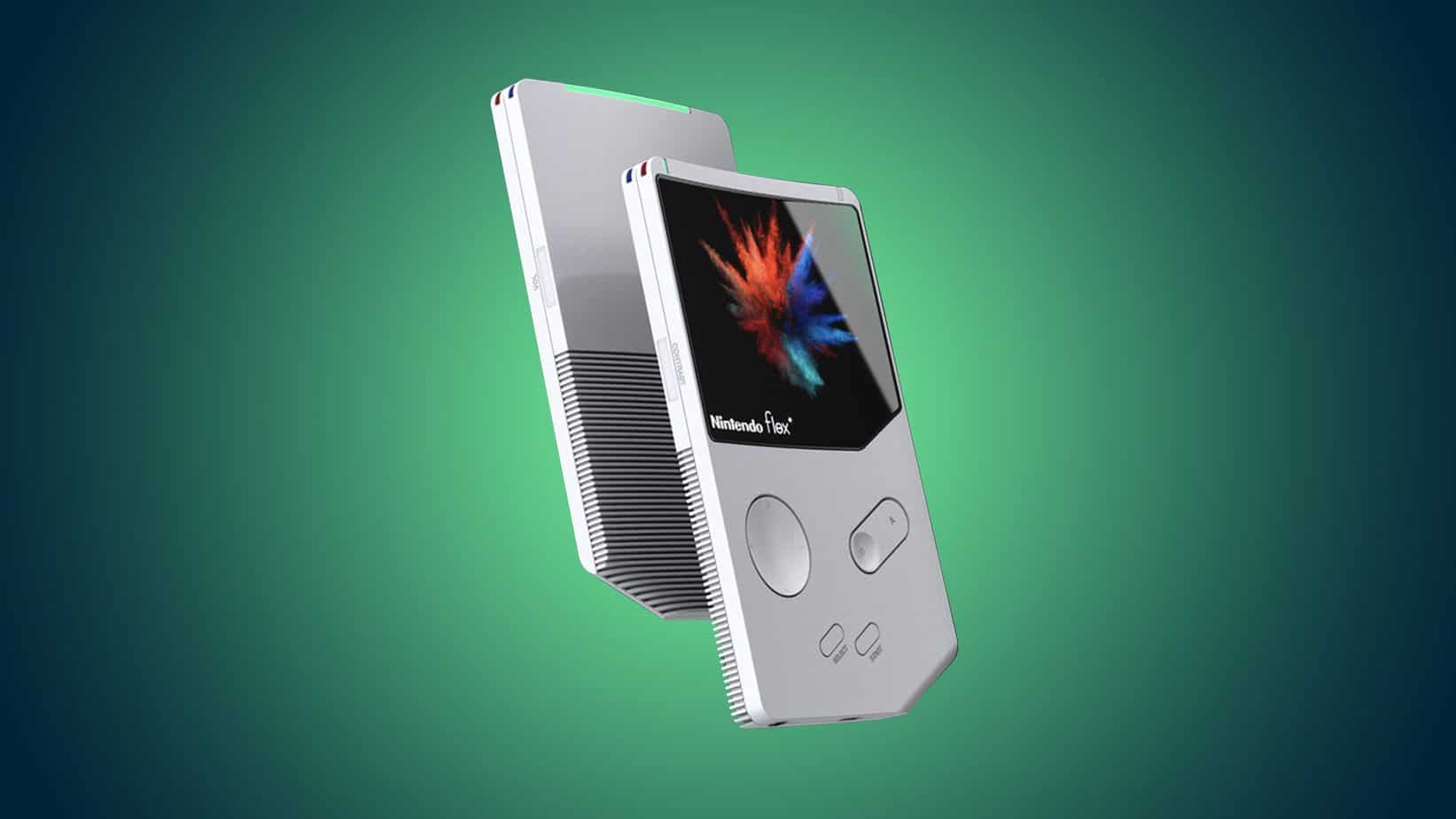 Nintendo Flex Is The New Gameboy You’ve Been Waiting For 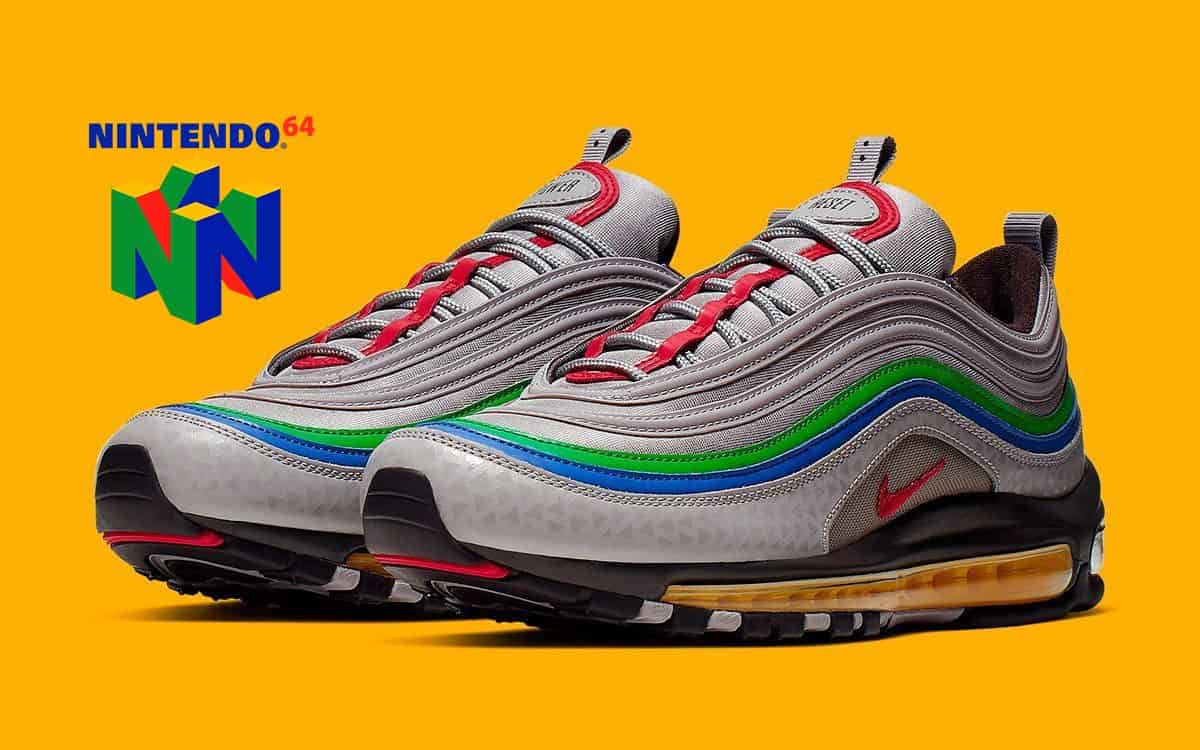