Whether you are new to gaming or rarely look away from a screen, there is virtually no chance you are unfamiliar with some of the best NES games and most iconic characters in gaming.

From it’s humble roots as a card/toy company Nintendo developed itself into a gold mine of warm, approachable, and fun characters. Their games are full of depth, creativity and most of all they nail the mechanics, making them fun to play again and again.

From its inception, in 1983 the importance of the Nintendo Entertainment System (NES or Famicom, in its native Japan) was undeniable, rocking the gaming industry to its core and changing it forever.

The combination of quality developers and Nintendo’s in-house team created an absolute beast pumping out incredible titles and some of earth’s most recognizable characters.

Just like the best Gameboy Advance games of all time, the characters will always be remembered.

Without the NES our beloved Nintendo likely would not have survived and with it likely the larger video game world, making a top ten of this cornerstone of gaming all the more important.

Each of these titles could stand on its own but together they are nothing short of a tour de force that reshaped and refocused the art of gaming.

Whittling it down was a challenge as many of these titles are legends in their own right. But a top ten is a top ten so let’s get to it. Here are the best NES games of all time.

The first Teenage Mutant Ninja Turtles on NES was insidiously hard and felt downright serious. You were forced to go on aggravatingly hard solo missions when all you wanted to do was party, kick some foot, and eat pizza with the fearsome foursome.

Thankfully Turtles II came along to change all that. Bringing with it the welcome levity from the beloved original cartoon show.

Originally designed as an adaptation of the full size arcade game the NES version was significantly scaled back due to the limitations of the console.

Despite this, it was easily one of the most playable and engaging beat ‘em ups on the NES. While the importance of Double Dragon, River City Ransom, Battle Toads and others is real I come back to Turtles II (and the oft forgotten but arguably better Turtles III) time and time again.

The introduction of the gothic horror game Castlevania opened a new world of monster hunting, suspense and epic adventure. Other games had done things like it before but none quite like Castlvania.

This game packaged all of the pieces together to create a quest, with good art, great gameplay, and haunting sound.

It set a new standard, which was ultimately superseded by other Castlevania games, yet clearly provided a framework for all other titles in the genre to model themselves after.

If you have never played Castlevania before you owe it to yourself to try it. It’s in our best NES games list, so you have to try it! It’s also a great game to play on some of the best retro handhelds around. Contra on the go, perfecto.

What a punishingly hard shoot ‘em up! Contra is not for the faint of heart. I probably dented the wood on my family’s TV cabinet more times than I can count throwing the brick-like NES controller at it.

Contra practically invented addictively frustrating, no matter how much punishment you took it was hard not to go back for more, which is the genius of the game.

It did not do a whole lot revolutionary as there had been other entrants into the genre prior, but it was hard to put down, hard to play and tense as hell.

With projectiles and enemies coming from everywhere constantly trying to kill you, if you looked away for even a second you were a goner.

Contra leaves it all on the table or the deck if you’re prone. Classic games were notoriously more difficult than today’s eye candy and Contra was no exception.

Technically the second Kirby game after the fantastic Kirby’s Dream Land for Gameboy. It took nearly every loveable fantastic element of Dream Land and amplified it.

Now I’m not going to argue that it’s better than Dream Land, as that’s a nearly perfect game to me.

But after playing Dream Land until I chewed up my parents’ entire stock of AA batteries, I was still looking for more when Kirby’s Adventure was released. ‘Adventure’ was just that, an adventure into a familiar land but with new abilities, levels and oh yeah glorious 8 bit color!

Developed by Nintendo’s close friends at HAL Laboratories, Kirby’s Adventure cemented Kirby as a cornerstone character in the Nintendo universe.

It was creative, fresh, joyful, fun, and whimsical and nearly anyone who picked up a controller smiled while playing it. In many ways it made computer generated characters beloved by all ages before Pixar and Toy Story nailed a couple of years later. Never played it?

Do yourself a favor, sit back, relax and enjoy a little adventure with the lovable flying puffball Kirby.

While I was never much of a huge RPG gamer myself the roots of this storied series started with this title and for good reason.

Final Fantasy was not the first RPG and owes a lot to MUD style games and text based RPG’s before it, but the devil is in the details and Final Fantasy got those right on.

You could spend hours and hours developing your character and going on quest after quest.

If you love RPG’s there is a lot to learn about the history of the genre and a lot to love by sinking some hours into the original epic that launched the franchise.

Metroid cements itself on this list because it was able to so harmoniously dovetail multiple styles of games into something fresh and new.

But as a non-linear, suspenseful, sci-fi, platformer, adventure game, that executes on all aspects, that etches its place in history.

Metroid and Castlevania are historically always tied to one another for their many similarities, in structure and gameplay but Metroid lands higher on this list for me because of how smoothly it plays.

It also stands out for it’s sci-fi subject matter and frankly Samus is just a more interesting hero to me than Simon.

Crawling through caves and noticing details only to discover you were on to something but need to gain an ability later, will pique your curiosity and sense of exploration. This game is worth your time.

It’s hard to believe Super Mario Bros. 3 came out in 1988. It was such a breath of fresh air because it foreshadowed games to come from the Super Nintendo in the mid life cycle of the best NES games.

Super Mario Bros 3 laid the foundation for Super Mario World and you can see clear lines between it and the modern iteration of Mario today across all of Nintendo’s systems.

This title really solidified the look of Mario which he carries to this day.

It reached a legendary status matched only by game giants that transcend the video game world and have lasted for hundreds of years.

The game is so ubiquitous it can be found in some form on nearly any type of computing device and is recognized worldwide.

It’s approachable, engaging, challenging and oh so replayable, to the point where it’s not uncommon to have Tetris dreams after long play sessions.

The story of how Tetris got where it is and with Nintendo is utter madness and yet still it pales in comparison to the game itself.

Its many offshoots and sequels should give you an idea of it’s breadth and are a testament to its staying power.

Tetris tournaments like the Classic Tetris World Championships are still going strong and new riffs on the game are alive and relevant to this day.

2. The Legend of Zelda

What can be said of The Legend of Zelda that has not been said before. You must have expected this one in our best NES games list1

The Legend of Zelda, a close second to my number one pick, set a level of excellence for an emerging genre and launched a storied franchise.

With The Legend of Zelda, again Nintendo took something that had been done before and polished it to a mirror sheen.

While titles like Final Fantasy were exceptional, many see The Legend of Zelda as a formative title bringing adventure RPGs from the computer world and into the living room for the masses.

Another title among several on this list touched by the brilliant mind of Shigeru Miyamoto, it introduced new ideas to the genre, was challenging, looked great and sounded unforgettable.

If you are looking to get into adventure style RPG games, this top down style game is where you should start. We are currently waiting for a new Zelda game to play too!

This is the game that launched 1,000 ships, literally, from Japan, filled with millions of NES consoles. It didn’t hurt that it had incredibly memorable characters and played like a dream.

It was as crisp and pure as the corners of the pixels it pushed. Super Mario Bros. was approachable to all ages and drew parents and kids alike around the TV to try their hand with the little plumber.

The game was tough but not punishing and you could play it at your own pace, albeit blistering, snail or anywhere in between as long as you nailed the jump.

In this iteration Mario grew into the Mickey Mouse of video games and there has been no going back. Almost everyone is familiar with him and likely played or seen someone play Super Mario Bros. at one time in their life but if you aren’t one of those people go give it a run already.

Well that concludes the 10 best NES games of all time.

I hope you enjoyed playing them as much as I did writing about them and if you still can’t get enough I have gone to the trouble of leaving you some more classics to sink your teeth into below.

Distilling the best down to just the ten best titles is almost unfair, even criminal. There are so many quality games and I am still finding hidden gems or going back to replay things that I forgot how good they were.

With that in mind who would I be if I didn’t toss in a few more honorable mentions for good measure.

Without further adieu here they are for the love of the game.

How Much Is An Xbox 360 Worth Today?
25 Best Nintendo Wii Games Of All Time
10 Best Fighting Games For Your Favourite Retro Consoles
Adventure Horror Deadeus Launches On Gameboy DMG This Year
Share
Tweet
Share

Seth has been playing games since the day his parents brought home an NES. He loves the artistry, technology, people, and stories behind gaming as much as he enjoys playing the games themselves. When he’s not thinking about a new angle to look at gaming, he can be found hacking something or attempting a culinary creative twist. 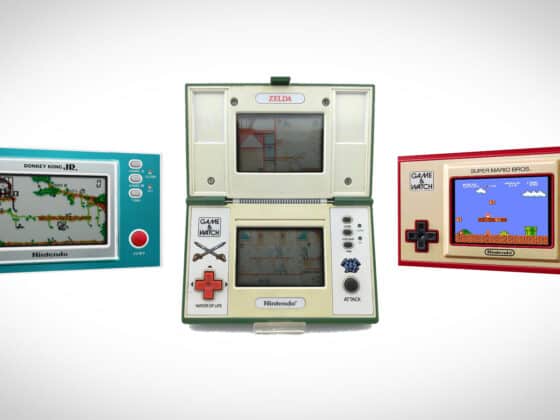 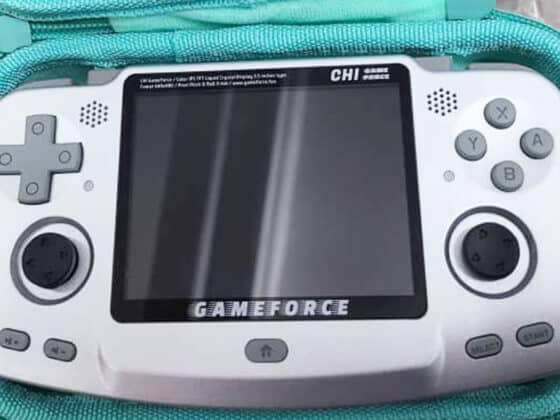