One of ANBERNIC's best affordable handhelds

If you have been following us for a while, and keep up to date with our retro handheld reviews, you will know that I am a huge fan of ANBERNIC’s metal handhelds.

ANBERNIC’s first proper metal handheld “the RG350M” launched back in early 2020, starting a trend that would go on for years, with many other manufacturers trying to replicate the success, but lucky for ANBERNIC, most of them failed.

Now over 2 and a half years later they have released the RG353M with a new look, new technology and an upgraded chipset that has pulled ANBERNIC out of months of disappointing device launches.

The RG353M is now my favourite metal handheld of all time.

It’s good to see this company go back to their roots and refine an already excellent handheld.

As much as this device looks the same compared to the older RG351M, I can assure you there are some hefty changes to the visual aesthetics.

When I first pulled it out of the box it felt different, and I needed to closely inspect it to realise what those changes were.

The most obvious is the removal of the screen’s logo and reduction of bezel size. It still features a stunning 3.5” display, but this time it’s touch screen with a resotultion of 640 x 480, perfect for retro games.

The button layout is identical, with some minor changes to the now coloured action buttons. These action buttons do sit tighter to the shell, so sometimes I noticed that they get stuck and need a more forceful push. This isn’t a major issue and is likely to be worn in after a few weeks of consistent gameplay but it’s something I did notice.

Another major upgrade is the new analogue sticks, they have now added hall joysticks meaning they use magnets to read the input allowing for more precise feedback and less physical parts which prolongs the life span.

It’s a much welcome change, and they do genuinely feel a lot better. It’s something I didn’t know it needed until I actually felt them. These are recessed into the shell allowing you to transport the handheld in your pocket with it getting snagged.

The start and select are in the same position. I know many of you like these on the face of the device but I do not, and the outdated white text doesn’t help the minimal metal aesthetic in my opinion.

On top of the device you will find newly designed shoulder buttons, and this is because the device is considerably thinner than the previous model, so notable in fact that it feels like a whole new handheld and the reduction in size means reduction in weight, coming in at just 232g which is fairly light for a metal device.

They’re well position, incredibly responsive and curve around the corners allowing for a good amount of touch points.

Between them you’ll find a new function button which is welcome, this jumps you straight into the emulator settings to quickly access save states and more, you then have your DC in, HDMI out, on the go storage port and a headphone jack.

This headphone jack jack should have been positioned at the bottom in my opinion but hey, it’s not the end of the world.

Around the sides you will find your volume buttons, a reset button and an on/off button. Then at the bottom your two SD card slots and speaker grills.

The back features the infamous grips which are nice, they add comfort and stop your device from sliding off tables, but I feel like they do not to be re-designed, it looks like someone has just stuck chewing gum to the back of it.

Now if i show you a closer look at the front edges you will notice that they have a new rounded edge, whereas the previous 351MP had a sharper design. The metal back panel on this device is also much slimmer, and this seems to be where much of the size reduction has come from.

This new size, new weight and added exterior tech pumps make this feel like a far more polished handheld, and I didn’t think my favourite handheld could get even better, but ANBERNIC have really nailed it here.

Yes, it’s slightly more compact and those with very large hands might feel a bit cramped while playing, but I had no problems at all. This small size reduction makes it far more portable, and the removal of the bezels make it that little bit more immersive.

I’m going to say it. This is the perfect sized portable retro handheld in a horizontal form factor. The metal shell gives it that premium form factor, and like our other metal handheld reviews, this thing can take an absolute beating, day to day scratches and drops won’t be an issue for the RG353M, heck we even tried running over it with a car and it survived

Heck, we even tried driving over it with a car, and unfortunately that was its limit… so… don’t drive over it?

So on paper it’s very similar to some of ANBERNIC’s recent releases such as the RG353P and RG353V just in a much more premium, comfortable form factor.

The RG353M can run Android and or Linux, the Android OS is a little cumbersome to use with the tiny 3.5” touch screen, especially when typing, so I found myself using the linux OS because it’s just so easy to use and comes pre-setup straight out of the box.

However, this can play some Android games so take that into consideration when choosing your operating system.

First up is one of my favourite consoles, the Gameboy Advance.

Obviously a $150 handheld will be able to emulate this but I just wanted to mention how good the best Gameboy Advance games looks on here, especially with the horizontal form factor and the metal shell, as if it’s a modded Gameboy Advance on steroids. This is actually the console I go to most on the device, funnily enough.

My first ever home console was the SEGA Mega Drive and again this works flawlessly, and because of the 4:3 display the game sits perfectly inside of the screen with bright saturated colours and nostalgic music coming from the speakers below. This is another console I found myself going to alot.

I then tested Playstation 1, and like the Mega Drive it worked incredibly well, featuring nice quality shoulder buttons and the helpful use of a joystick. No frame rate issues, or audio cracks. Again, this is a fairly easy console to emulate nowadays.

Now moving onto slightly bigger consoles I tested Nintendo 64. It was quick to load, looked great on the crispy screen and emulated very well. Mario Kart 64 is an absolute pleasure to play on this thing.

I then tried Nintendo DS, the emulator used has a nice feature where I can simply press the shoulder button to skip between screens, allowing me to get fully immersed into the main gameplay. This isn’t the most fluid way to play DS games, but it’s an easy get around for a console that has just one screen. Emulation performance was solid.

Where performance starts to go south is PSP, most PSP games can run fairly well, but as an example to show the consoles limits, I tried a very strenuous game that is God of War, and if you look carefully you can see a dip in frame rates, to a point where it’s not fluid nor is it really enjoyable to play on.

But that said most of the best PSP games will run well, just not your big boys.

And finally one of the most impressive consoles to work well lon the RG353M is Dreamcast.

One of my all time favourite consoles working flawlessly on a small device like is music to my ears, and I was immediately impressed with how silky smooth large games like Sonic Adventure performed, it put a big smile on my face and it’s one of the smallest consoles I have reviewed that can emulate the dreamcast to this standard.

Making it one of the best pocket friendly dreamcast emulators on the market. This performance from all of my favourite consoles, wrapped in a premium, high end metal shell with an easy to use interface is why this is now my go to “affordable” handheld for up to Dreamcast emulation.

With the vast options of consoles to emulate the battery life for me did vary, but from my tests and mixing with brightness and volume settings I was pulling a solid 5 hours out of this device at high brightness which is reasonable for a device of this power.

ANBERNIC has kept in their lane with this device and tweaked it efficiently over the last two years to a point where it’s close to perfect.

A statement I didn’t think I would say because over the last year ANBERNIC has fell off track, releasing terrible handhelds after terrible handhelds, and we even blacklisted for a while for being “too honest”, so we had to source handhelds other ways, but now with the release of this handheld I feel like i can officially say that thy are back in my good books.

This is what we all wanted for many months. Great quality products that haven’t skipped corners. Instead they have made something good, great and I for one am very happy, as this is my new favourite handheld and a strong contender for the best retro handhelds of the year even when it has strong competition around.

The RG353M can also be purchased from our friends at Droix.net, a trusted European reseller that offers superb customer service and fast shipping to USA and Europe. We have used them for years, and we can’t recommend them enough. 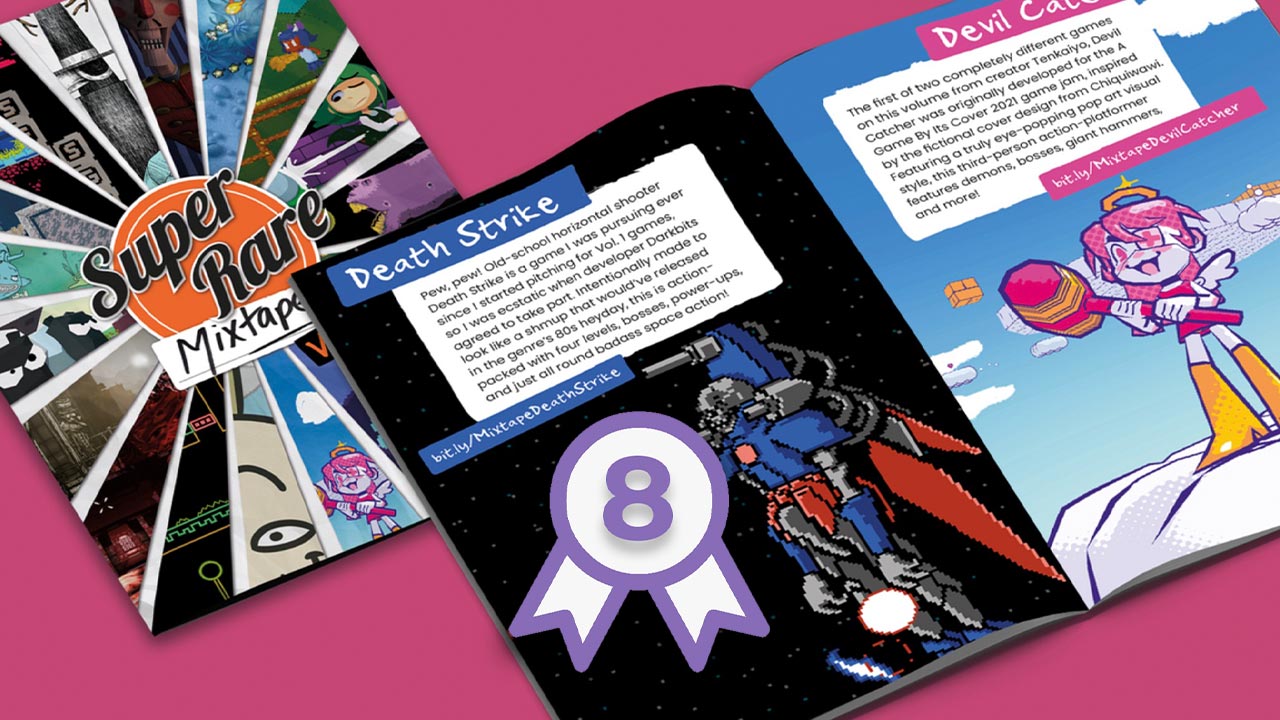 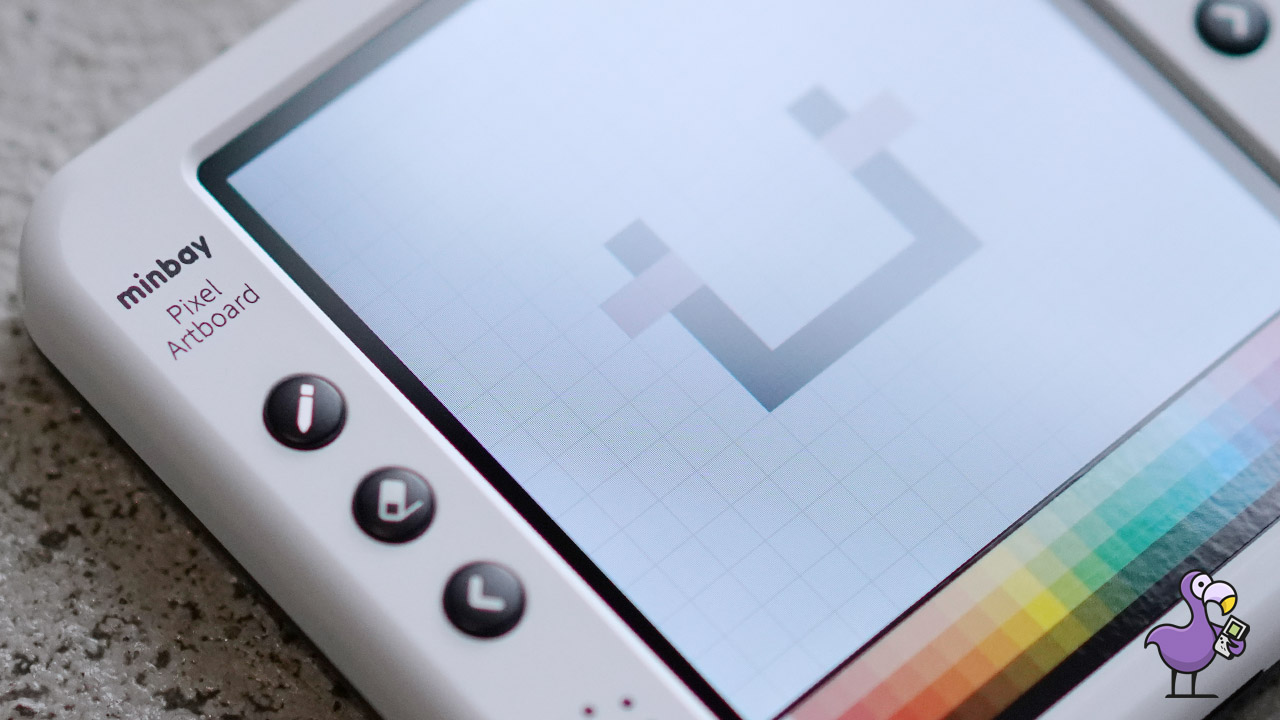