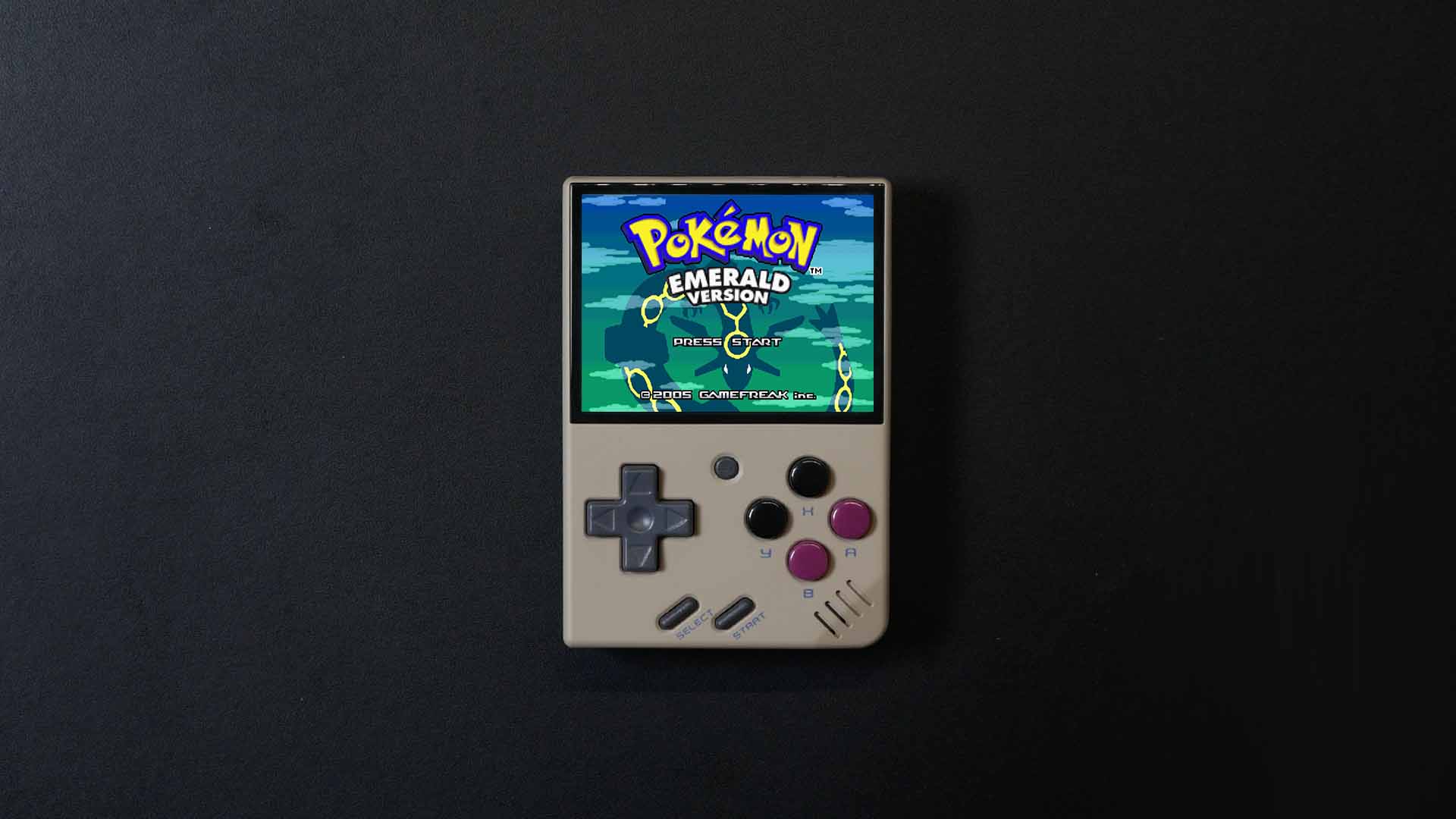 Small, mighty and a lot of fun

At this moment in time it feels like every handheld manufacturer is moving towards larger screens, bigger processors and longer battery life.

Yes, that’s probably where they’ll find a bigger audience but there’s a new handheld on the block that wants to target the pocket friendly folk who don’t need massive amounts of power and instead are looking for something to join them on weekends without breaking the bank.

And that handheld is called the Miyoo Mini a $60 handheld that has completely blown me away.

As mentioned in one of our recent podcast episodes we spoke about the rise of mini handhelds and how they are increasing in popularity. For example the Funkey S was huge, and so was the RG280V which was an incredibly popular handheld for beginners.

It’s as if the developers behind these handhelds know that their typical target demographic are newcomers to the emulation scene. So they are adapting them to become more user friendly, and that’s exactly what the Miyoo Mini does to a certain extent.

It’s so easy to understand that I could give it to my Grandmother and she’d be bouncing on Goombas in two minutes flat.

The Miyoo Mini has pointed the niche in the right direction and is ready to let all of its competitors know that they’ve done it the right way.

For those of you that have been in the handheld scene for some time you may be familiar with some of Miyoo’s work. Many years ago they previously worked on the Bittboy Pocket Go, this was a very popular handheld back in 2018 and it somewhat kicked off the emulation scene with an affordable handheld for retro gamers.

Now many years on they’re trying to perfect a miniature handheld for those of us that want to take their retro games on the go for an affordable price.

How does the Miyoo Mini feel?

The handheld itself fits perfectly in the hand and is the same size as a pack of cigarettes, making it incredibly pocket friendly with little to no buttons sticking out to cause issues.

The face features a gorgeous, sharp, bright 2.8” IPS display with a resolution of 640 x 480. The large resolution on such a small screen makes everything feel like you’re viewing it in HD and in fact it’s my favourite part about the handheld, the screen is genuinely great and it’s 4:3 making retro gaming even more natural.

However I do need to mention that it does have this white washed, glowy look to it which is slightly annoying but when in games it’s barely noticeable.

Below that you have a big “thicc boi” d-pad that is an absolute pleasure to play on, and even though it looks too big for the handheld it’s actually perfectly sized. Fighting games work a treat on here.

Then next to that you have your four high gloss action buttons, which feature the bottom two as classic DMG colours, the same goes for the shell’s grey and the start/select buttons alongside the cornered speaker grill. If this colour combo doesn’t tickle your fancy they also have a white variant with SNES coloured action buttons.

Around the sides you’ll find your SD card slot which I might add already comes pre-loaded because Miyoo doesn’t care about what Nintendo thinks! There’s also USB-C charging, a headphone jack located perfectly at the bottom instead of on top, a volume wheel and your on/off button with LED battery indicators.

On the back you will find four very small, slightly flared slanted shoulder buttons which have a nice modern soft click to them. These shoulder buttons aren’t the best but they do the job and it adds to the sleek, modern aesthetic of the handheld all while keeping it slim enough to fit in your pocket without it catching on anything.

Then below that is your battery pack which can be opened, again just like the old Gameboy DMG from 1989.

Overall I really like the way the handheld looks and feels. It’s a lightweight handheld, one that can be in your pockets without them pulling down your trousers and showing the world your Goombo, but then it’s also big enough to be comfortable to play on for a couple of hours, especially with that awesome screen and versatile DPAD.

I’ll admit the shoulder buttons take some time to get used to but in all honesty there aren’t many games that utilises all four of them, so them being so close shouldn’t become a frequent problem at all. Now moving onto the internals.

The Miyoo Mini features a 1.2ghz dual core processor, 128MB of RAM and a 1900mah battery. On paper, that’s pathetic, but in reality the modern processor actually allows it to power through some large PS1 games, which is very impressive!

When you turn it on you will be greeted with the easy to use OS, and you may be able to see what I mean when the screen is a bit misty, im sure that can be sorted if you like to tinker, potentially lowering the gama, but as of now yeah it’s a little annoying but no handheld is perfect.

The stock firmware is pretty basic but it’s easy to understand for new comers, you have your games which feature all of your emulators and ROMs, there’s retroarch which allows you to install your own emulators and settings for messing around with key mappings and brightness etc.

There’s no way to get confused with the firmware due to everything be so simply laid out, even the emulator section is easy to use, just make sure your ROM files are organised as there’s no way to filter through your collection unless you add them as favourites.

It’s not the best firmware I’ve used, and I am sure many of the community will be quick to create something new for it, but for now it’s simply OK.

Now what can the Miyoo Mini emulate? After testing everything this handheld has to offer it’s clear to me that it packs a punch for the size, but there were some hiccups along the way that some may take seriously, some may not.

For example it can emulate Gameboy, Mega Drive, Famicom, Neo Geo, Master System, and Wonderswan games very well. It all runs fluidly with no problems at all and they all surprisingly work well on this little device.

It’s when I started to test Playstation 1 and Gameboy Advance games that I did notice some very minor issues. For example Gameboy Advance emulation was below average, this showed in the frame rates, and currently I can’t save games in any of my GBA games which to me sounds like a firmware issue that could potentially be updated.

And when it comes to the best PS1 emulators it’s pretty good. The screen works well, so to the button placements and it feels really cool to play these big games on such a device… but i did notice a few crashes over the last two weeks when reviewing the handheld.

This for me isn’t really a deal breaker because I’ve played on it a lot, so it was somewhat rare, but I know for some of you that can be a big deal breaker when playing your best PS1 games.

Overall in terms of emulation i was impressed even if it has some places to grow.

And that’s where I am currently at with the Miyoo Mini, I really like the way this thing looks and feels. It’s a handheld that can take bumps and scratches, feels high quality enough to compete with the RG280V and packs a punch for its size.

In terms of hardware, there’s nothing to complain about apart from the slightly hazy screen, but the firmware is where it lacks magic.

It’s very basic, there’s no real way to tinker with your emulators and the odd crash now and then really frustrates me, especially when you’re playing the best GBA games that can’t save.

However that said, I highly recommend this product for those of you that want a new mini handheld. The firmware will undoubtedly be fixed by the community over the coming months and when that’s happened it will probably be one of the best mini handhelds on the market.

But you might just have to wait a month or two for that to become a reality. This is a handheld that will continuously be in my back pocket for those train journeys and trips away with family and friends.