Some new features are coming to one of the best handheld consoles on the scene, and we absolutely cannot wait to share the big changes coming to the Analogue Pocket.

The Pocket was already one of our personal favorites and it was included on our list of the 11 Best Handheld Games Consoles Of 2022… now it is gonna get even better!

You thought playing some of the Best Gameboy Games, Best Gameboy Color Games or Best Gameboy Advance (GBA) Games on one of the most beautiful handheld consoles ever created was fun before? Just wait…

Analogue’s vision for video game preservation is becoming even more clear now, as we are introduced to their plans for the future of FPGA.

Let’s jump right into what new features to expect from Analogue for the Pocket.

Analogue’s own words will set this up best:

“For decades, dedicated software developers have tirelessly worked to preserve video game hardware within the constraints of software emulation. We believe FPGA is the next step – the pinnacle of preserving video game hardware for the future. With openFPGA, it’s in your hands now.”

As we have previously broken down in Analogue Pocket coverage… the basis of the Pocket hardware is in its FPGA technology.

We previously know and use the word “emulate” when discussing software that has been created to play video games in an environment that emulates how it would have played on the original hardware.

The team behind Analogue is always sure to emphasize that their hardware does not use software emulation to play games. It uses FPGA to create an exact 1-to-1 hardware impostor of the original game consoles.

With the official debut of the openFPGA concept, we are finally seeing Analogue’s full vision for the Pocket.

Independent third-party developers can now help with the effort of preserving game history by creating their own hardware level emulation of original hardware.

Online resources and tools will be made available to help developers get their projects started and Analogue has even created official Pocket developer kits for select developers.

This means that we will potentially see a huge library of game consoles come to the Analogue Pocket in the future.

The big question mark around that is how you will load games into the console.

Up to this point, Analogue has kept their noses clean around loading digital game files into the console using the SD card slot.

Of course, crafty gamers have figured out how to do it, but Analogue expressly states that this is not a feature that they support.

So we wonder how third-party developers are intended to load in official game carts to the console for their openFPGA projects.

Will we potentially see additional adapters created? I can’t imagine an adapter to play something like a Super Nintendo cartridge in the Analogue Pocket. But who knows.

Surely, however it all plays out, the future for the Analogue Pocket has just gotten very exciting.

The “Programmed Data Processor-1” was a project from a team at MIT that brought the world the very first known digital video game “Spacewar!”

This historic moment was the foundation of everything we know and love today as “gamers”.

Staying true to their promise to help preserve gaming history, Analogue has commissioned a new PDP-1 game console core to bring Spacewar! to the Pocket.

So now.. probably for the first time.. you can experience the worlds first known video game. Fully portable.

The Analogue Pocket is finally getting a major operating system update!

The Library feature works as a localized database of games that you have played on the console.

Once a game cart has been inserted into your Analogue Pocket, it will display details about that game.

That sounds a lot like the “scrape” feature of some of the 35 Best Retro Handhelds (the ones that focus on emulation, that is).

In the words from the Analogue team: “In the near future, Library will evolve to a reference level database to play, explore and share […] cataloging of the entirety of video game history.”

What we can draw from that statement is that an online database will be established with the goal of archiving the entirety of gaming history all at one place.

A concept not unlike websites like TheGamesDB or ScreenScraper, but we assume Analogue aims to create the definitive resource for all gaming history.

A noble cause, and one we fully support.

To capture a memory, you simply press the Analogue button and Up at the same time.

To access previously saved memories, load the desired game cartridge and then press the Analogue button during game play.

In the future, Memory states will show screenshots of the exactly where you were in the game.

It’s not just the handheld console getting the OS v1.1 update. The dock is also gonna see some changes.

The OS v1.1 beta will add 2-player and 4-player support for the dock.

(I’m not totally sure how that works though… maybe this is intended for future console cores?)

The update also brings support for a large list of popular 8BitDo Bluetooth and 2.4g controllers, including the “Pro 2” Line of Controllers which we recently covered.

To ensure compatibility, it is recommended that your console, dock and controllers are all updated with the latest firmware.

Analogue also shared their plans for their “Analogue OS Development Schedule” as follows:

Surely these updates will have current Analogue Pocket players feeling like promises are being kept.

Yes, we have seen a lot of pandemic related delays hit the Pocket’s launch and subsequent updates.

But now we are starting to see Analogue’s full vision for the Pocket and the future of FPGA technology.

It is exciting to think that the launch of the Pocket was not the end of the story.

Not only does the Pocket give gamers one of the most beautiful ways to play their original game carts, but the console is finally seeing new features with more promised in the future.

Exciting times for gaming, and we are happy to see some positives in 2022.

You can also check out some of the best Analogue Pocket Accessories To Pimp Your New Handheld. 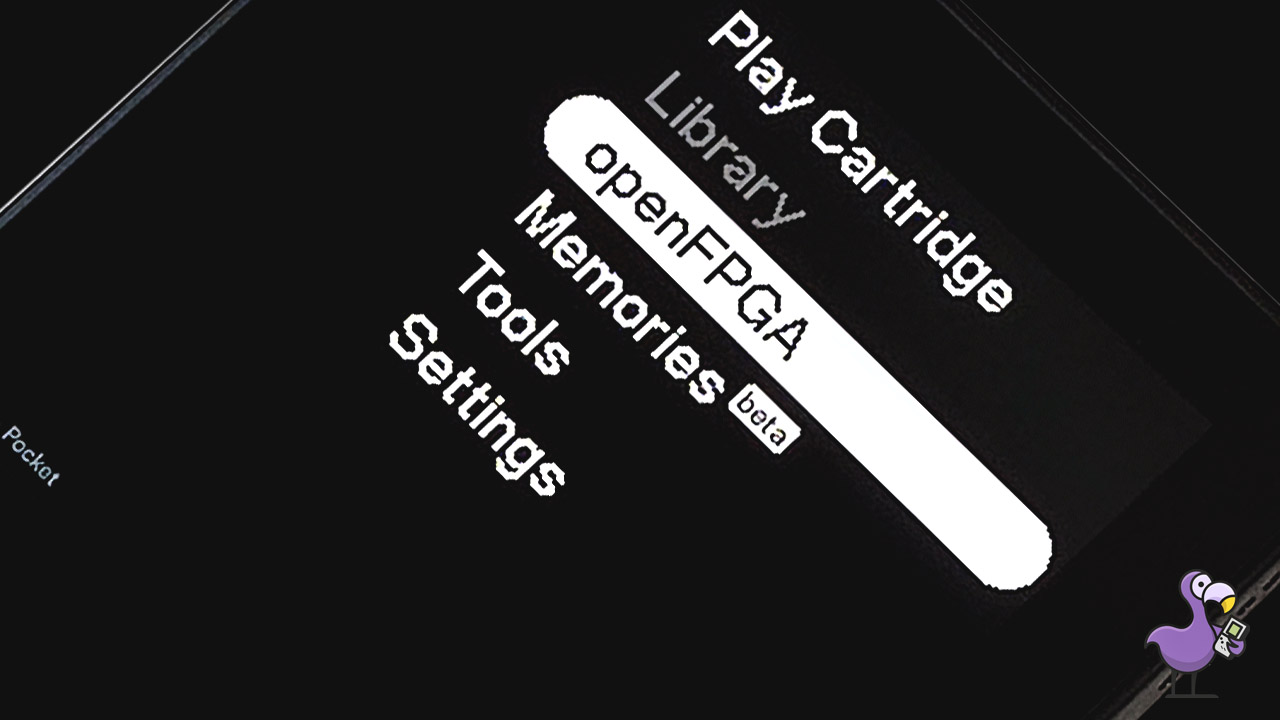 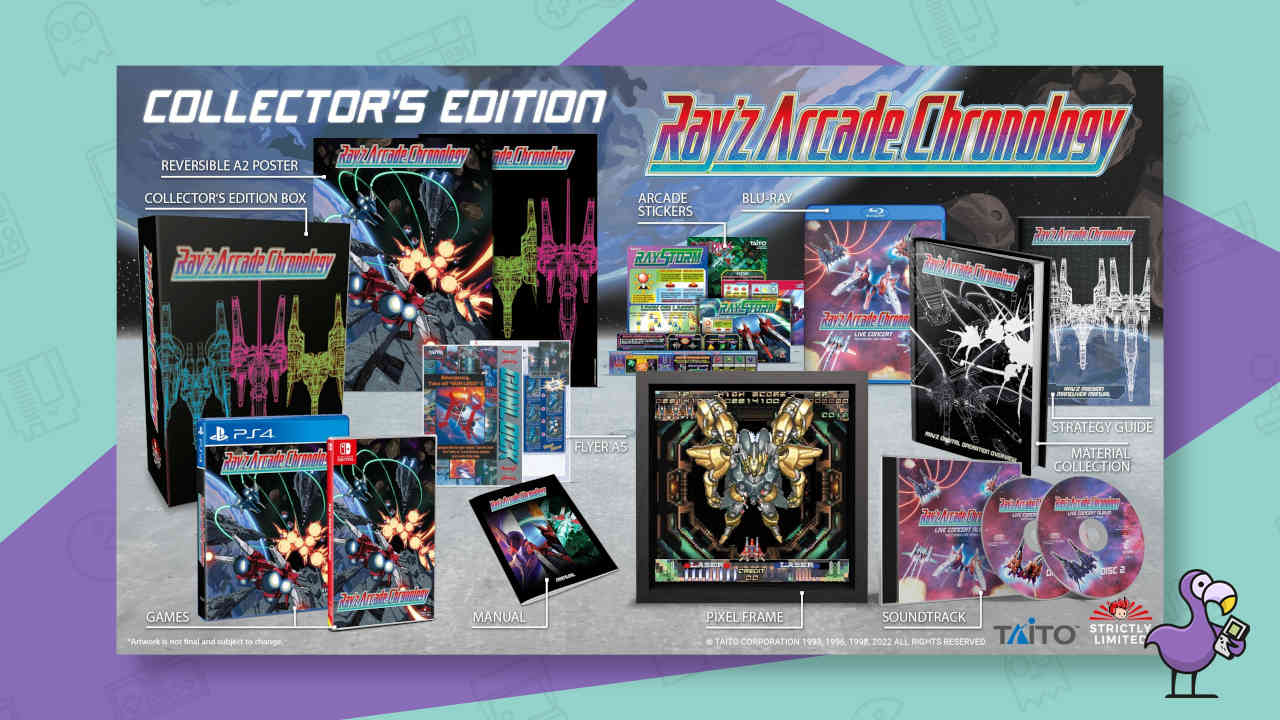 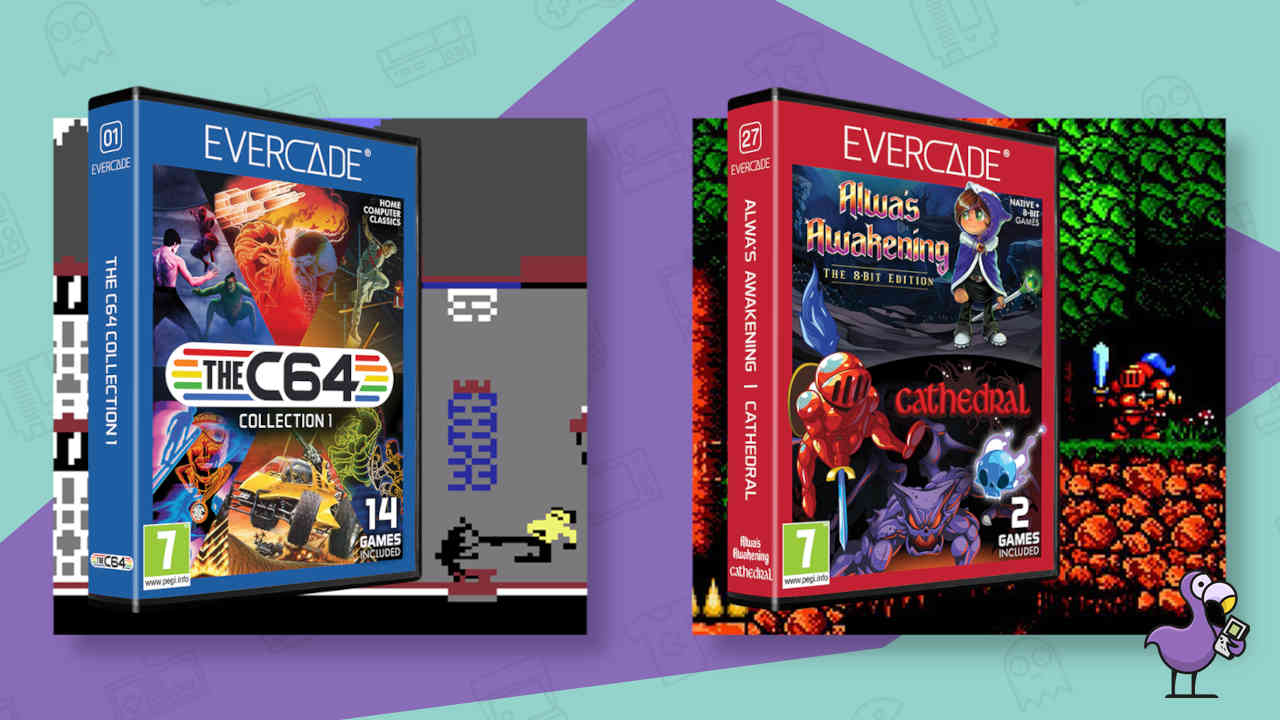 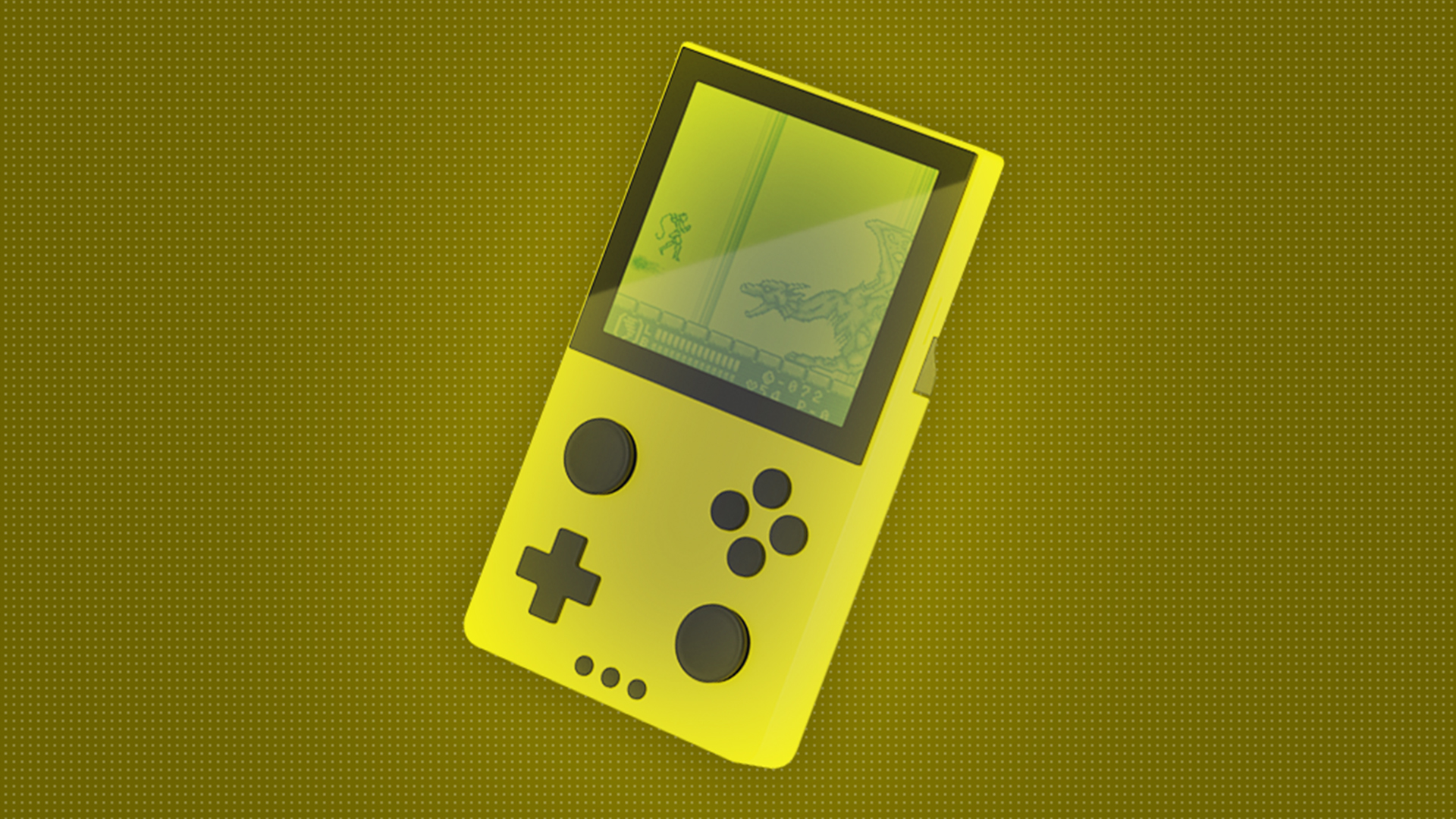 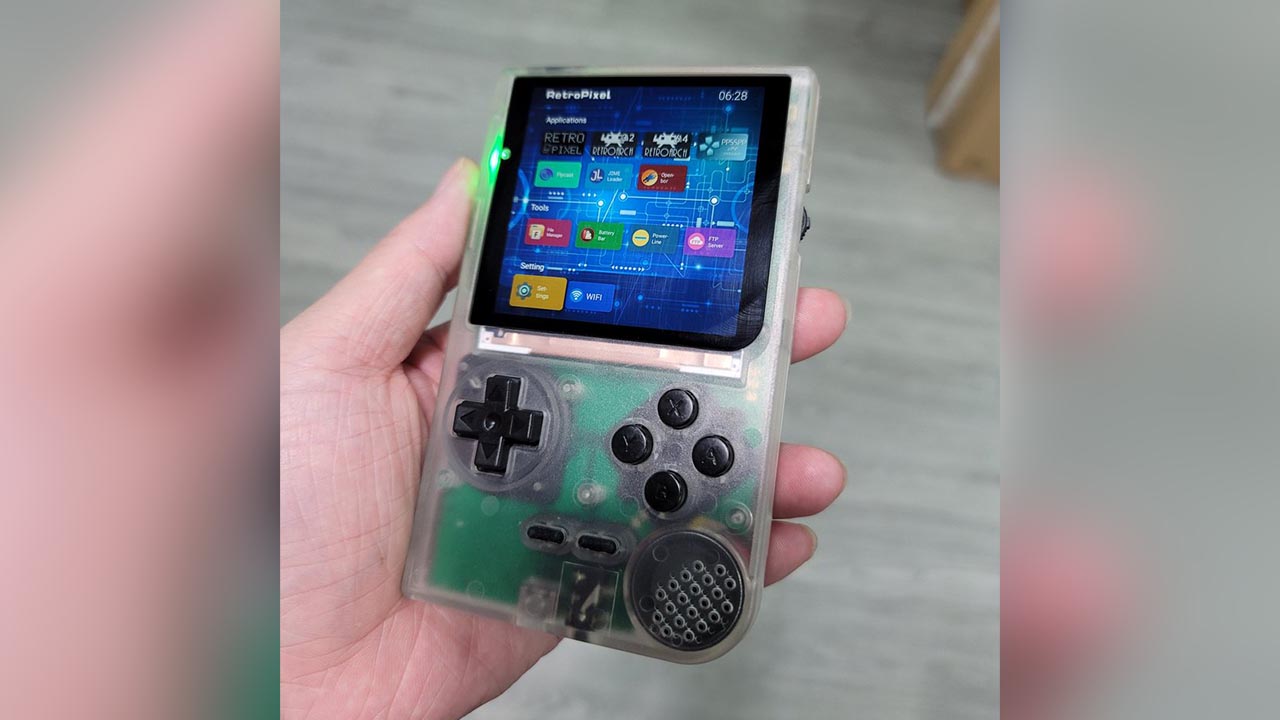