The Retroid Pocket 2 is finally here and If you’ve been following us for some time, you’ll know we weren’t happy with the original Retroid Pocket. it was unfinished, rushed and just a big mess.

We first saw information about the Retroid Pocket 2 handheld in the Retro Gamers Facebook Group by user Steven Thorpe.

But now, the new Retroid Pocket has been officially revealed and you can grab the early bird price of $80 through the GoRetroid store. Their AliExpress Store will be stocking it next week.

The Retroid Pocket 2 will be officially shipping out on 5th August 2020, so expect it mid August if you’re in the USA or Europe.

What Is The New Retroid Pocket?

The Retroid Pocket 2 is quite simply an Android handheld with the ability to play most of your old retro games using emulation.

The new Retroid Pocket 2 has a 3.5″ IPS display with a resolution of 640 x 480. Inside of the Retroid Pocket 2, you’ll find a Quad Core Cortex-A7 1.5GHZ CPU which is enough power to play your best Dreamcast games without problems.

It has 1GB of RAM and a ARM Mali-4000 graphics processor. They’ve also chucked in a 4000 MAH battery which should give you up to 6 hours battery life depending on what games you are playing. 2.5 hours of charging will pump this baby to full.

Because it has built in WiFi and Bluetooth, it gives you a wide number of options. For example, you can connect bluetooth headphones to it without a problem, and even play against other Retroid Pocket 2 users over WiFi!

This uses the Retroid Pocket 2’s “NET PALY” features which basically makes a LAN hotspot for your friends and family to join.

The triggers look incredible, they’ve taken the back triggers from the Retro Game 300 and made them even better. The analogue sticks are different, allowing easy reach to the ABXY buttons by making it flush with the shell.

Your reset, start/select and menu buttons are at the bottom, between two speaker grills. The location for these speakers might not be the best, but we won’t know until we receive one.

Along the top you can see your on/off buttons with a LED indicator, volume up/down, USB-C charging port, and what looks like a micro usb port.

It’s a very minimal, well produced handheld. With high quality materials and parts used. If they have the same build quality as their original, the Retroid Pocket 2 will feel great.

It’s a looker, that’s for sure.

You may also notice that the two analogue sticks sit differently, this is because they want you to have easier access tot he ABXY buttons.

We argue that both should sit flush with the case, as that’s why the original RG350 screwed up, then eventually made them smaller in the RG350P.

The Retroid Pocket 2 can emulate a lot, and that’s due to the powerful processor inside. Below is what it can emulate:

If that’s not enough, then we don’t know what is. It probably doesn’t come preloaded, so you will need to install your own ROMs. For those that don’t know how to do that, a quick Google search should help you out. But, it is illegal to do so, so we have to advise against it.

So far, the new Retroid Pocket 2 is looking great, and when released, it’s certainly going to be a contender in our best retro handhelds list.

It comes in Yellow, Baby Blue, and Pink editions. At $84.99 this handheld is going to be an absolute steal. It’s powerful, it looks stunning, and undoubtedly feels great in the hand too.

Because it runs Android and Pandora, you know that you’ll get a smooth, easy to us UI that will keep your gaming experience as fluid as possible.

We have a review unit coming next week, so be sure to stop by here again for our full review, or watch our unboxing over on our YouTube channel.

We will update this article as soon as we know more, so be sure to keep checking back, or follow us on twitter @retro_dodo for update. 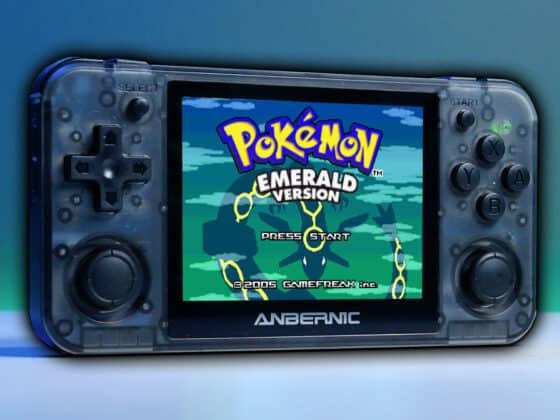 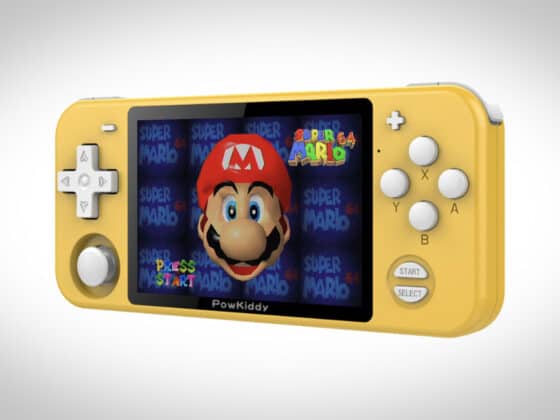 Powkiddy RGB10 Is The Pocket N64 You Can Actually Afford