It’s probably a mistake to try to determine the best Pokemon team available in Pokemon Scarlet & Violet, especially considering how every trainer has a different idea of what “best” means.

Some of us tailor our party to just look good, others go with a range of types, while others only stick with one – the various possibilities make this quite the loaded question.

Despite this, as someone who’s clocked up a lot of hours battling my way through Paldea, I feel properly equipped to weigh in on this debate.

To ensure fairness for all, regardless of which version you play, I’m not including version exclusives; my team is accessible to everyone.

There’s no way I could write this guide and not include Tinkaton – this Pokemon packs one hell of a punch! A Fairy/Steel type, Tinkaton has more type advantages than it does disadvantages, weak only to Fire and Ground types.

But arguably what makes it such a force to be reckoned with is its Gigaton Hammer move, a formidable Steel type attack that deals 120 damage.

It’s sad you can’t use it twice in a row, but with other moves in your arsenal like Play Rough, you’ll likely only need the one hit anyway.

If, like me, you rely heavily on type strengths/weaknesses, you’ll undoubtedly use Electric against Flying types whenever you get the chance. Well, Kilowattrel makes that impossible to do.

An Electric/Flying type, Electric moves have no effect on it, meaning you’ll need a different tactic. Although you can pound it into submission with Rock type moves, its Speed Stats make it incredibly fast.

This isn’t the best Electric/Flying type, but as far as throwing your opponents off their game, Kilowattrel will do just that. Add in its Speed and Special Attack Stats into the mix, and it’s one tricky customer to defeat.

When it comes to Fire Pokemon, Arcanine is the best boy for the job.

Not only does this Pokemon look cute, fierce yet super fluffy, it has a good set of Stats that make it an ideal companion, especially during Double Battles. Its Wild Charge move (learnt using TM147) is especially good because it gives this Fire type an Electric advantage.

Is it better than Flareon? Stats and moveset wise, probably not. However, Arcanine has a lot to offer in terms of defensive strength, which comes in very handy when strategically taking on Gym Leaders.

I’m pretty sure you’ll know that Finizen’s evolution, Palafin, has a Hero Form.

But did you know that this form does more than look different – it’s got a lot of strength too! If you haven’t already figured out how to get Finizen, now’s the time to do so.

When you switch in Palafin in during battles, its Zero to Hero Ability triggers, transforming it into a powerhouse of Stats, most notably its 160 Attack Stat. That, alongside the Water type move Jet Punch, means it’s game over for its opponent.

If you want a solid Water type, look no further. Though be sure to switch it in during a battle instead of having it as your Lead Pokemon – if it’s sent out first, it won’t transform.

Okay, as far as being aesthetically pleasing goes, Slaking isn’t the best choice.

However, this Normal type Pokemon has amazing Stats; most Legendary Pokemon wish they had those numbers. We’re talking 670 for its Base Stats, as well as a juicy 150 HP; this Pokemon can take a lot of abuse before it faints.

And while it’s a stocky Pokemon and thus rather slow, its 100 Speed means it can move much faster than the likes of Snorlax.

If you teach this Pokemon the move Giga Impact, every single opponent you face may as well admit defeat before battling you because wow, the move crushes anything in its wake.

Primeape was already a beast, but Annihilape is terrifyingly good. A Fighting/Ghost type, it can take on many challengers and beat them without so much as breaking a sweat.

I’ll be honest, I don’t normally make room for Fighting types on my team – they’re just never my top priority, as foolhardy as some of you may think that is. But when I learnt how to get Annihilape, I quickly changed my mind.

Its Rage Fist move builds in power every time Annihilape is hurt during battle, with a maximum of 350 power. That, alongside its 100% accuracy, makes this an extremely deadly move.

I know I haven’t covered the basics of Water, Fire, and Grass, but this team is a strong one.

Would I use it all the time without any swaps or rotations? No. I think it’s important to change your party depending on who/what you’re facing.

That being said, this Pokemon team won’t be easily beaten. You want to be the very best? This is one way to do it.

How To Transform Oricorio In Pokemon Scarlet & Violet (The Easy Way)

15 Strongest Pokemon Cards of All Time

All The Art Answers In Pokemon Scarlet & Violet

How To Get Slither Wing In Pokemon Scarlet (The Easy Way)

How To Get Kingambit In Pokemon Scarlet & Violet (The Easy Way)

How To Get Roaring Moon In Pokemon Scarlet (The Easy Way) 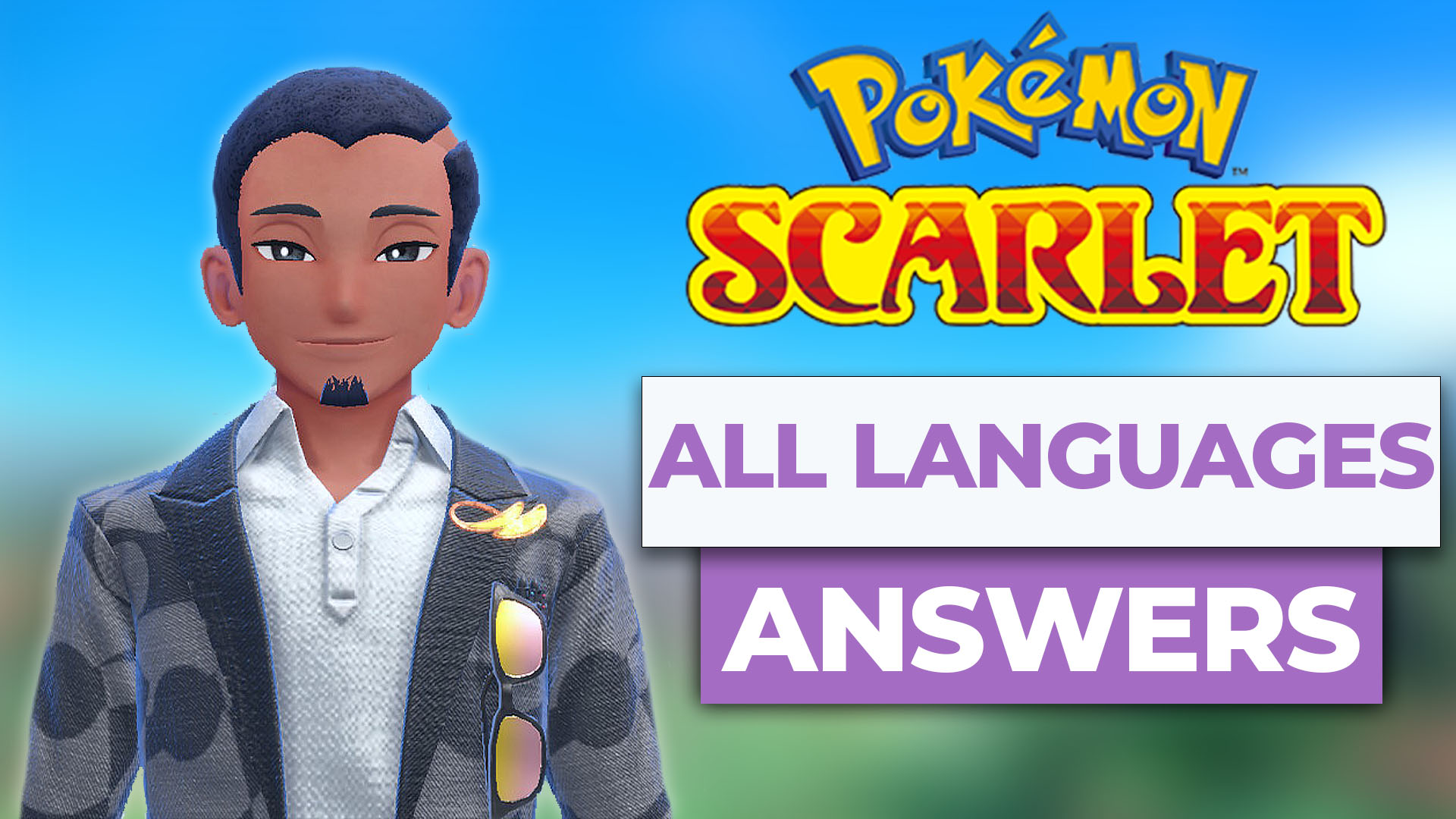 All The Languages Answers In Pokemon Scarlet & Violet