If maze games and number-punching action are your bag, then feast your greedy eyes on the best Intellivision games of all time!

Mattel is known for some of the best 90s toys ever produced, but Mattel Electronics started out producing some of the first-ever home video games consoles back in the 80s.

The Intellivision, or ‘intelligent television’ is a console that has a lot of ‘firsts’ under its belt. Many consider it to be the first 16-bit console as it had a 16-bit microprocessor and the first to champion downloadable games via a play-cable.

Other accolades include the first directional thumb pad, the first built-in character font, and the first home console with a musical synthesiser.

And while the controller looked a little bit like a lift remote, different game control skins adapted the button interface. This provided gamers with a unique set of controls for each of their favourite games!

With many games receiving the upgrade treatment for the new console, the question remains; which are the best Intellivision games of all time?

It’s time to find out!

When Was The Intellivision Released?

The Intellivision was released by Mattel Electronics over 41 years ago! Development started two years before in 1977, securing Mattel’s place in the second-generation of video games consoles and placing them on the gaming map.

How Many Intellivision Consoles Sold?

I know that doesn’t seem like many, but the Intellivision outsold all of the original first-generation consoles and took the prize of being the second-best-selling console of its generation.

Granted, the best-selling console was the Atari 2600 with 30 million sales, but let’s not go into that right now!

How Many Intellivision Games Are There?

133 Intellivision games made their way to the console.

Incredibly, games were still being released in 1989, one year before the console was discontinued.

You might think that there should have been more games released over an 11 year run. The PS2 was alive for 12 years and had 3,800 games!

What Games Launched With The Intellivision?

Those were the first four games to be marketed alongside the Intellivision back in 1997.

Would you have bought the Nintendo DS if it only sold with Backgammon as a launch title?

How times have changed!

When Will The Intellivision Amico Be Released?

The new Intellivision Amico console should have arrived in 2019 but has been pushed back to 2021. It will be widely available on April 15th.

What Are The Best Intellivision Games?

I’ve compiled a list of the 10 best Intellivision games below, some of which you may well have played on other systems.

Some of the titles bare similarities to other games released for the Atari 2600, while some were released solely for the Intellivision.

How Do I Buy Intellivision Games?

As production of the Intellivision ceased back in 1990, it’s safe to say that the majority of these games will be in a ‘used’ condition.

Of course, many collectors keep games in good or even mint condition, hoping for a big sale one day. Though having said that, most Intellivision games now sell for between $12-20 with varying box conditions.

By clicking on the title of each game section, either of the pictures, the ‘Buy Here’ button, or by finding the game name in the text, you will be taken directly to an official listings page where you can bolster your collection of the best Intellivision games!

Pac-Man is an arcade gaming institution that needs no real introduction. Released on the Intellivision in 1980, it follows the same format as the classic arcade game.

Pac-Man, for those of you who are new to gaming, is a little yellow circle with a mouth that gobbles up dashes and dots spread throughout various mazes.

Pac-Man is one of those games that plays well on any console, though readers may be surprised that it hasn’t featured further down the list.

The truth is that while Pac-Man is one of the bet Intellivision games, there are other more interesting titles to discover for this weird and wonderful console.

Next up on our list of the best Intellivision games is Beauty & The Beast, Mattel’s answer to the Donkey Kong arcade game.

Donkey Kong flopped on the Intellivision. The sounds were abysmal, and sprites were pretty much non-existent.

‘Ol Jump Man would sometimes just walk through barrels without even being harmed!

Enter Beauty & The Beast, Imagics answer to Nintendo’s popular arcade game. Instead of Donkey Kong, the game’s antagonist is a chap called Horrible Hank. He looks like a monkey with a man’s head, which isn’t weird at all…

As a one-player game, gamers take control of Bashful Buford. He must climb up buildings, avoiding projectiles thrown by Hank, while trying to save Tiny Mabel.

Tiny Mabel resembles a blue stick man, which again is rather confusing!

Like Jump Man, Bashful Buford can turn invincible for a time to make the ascent easier. It’s a direct rip off, but Beaty & The Beast is a cracking game and one that needs to be in any Intellivision collection.

Speaking of direct rip-offs, this next title in our list of the best Intellivision games plays very similary to Pac-Man.

Ok, Lock ‘n’ Chase is exactly the same with a few extra features thrown in for good measure.

Gamers play as a thief chased by policemen. As the thief, players collect gold coins and any other symbols on the screen.

The thief can close doors on the policemen and trap them in certain areas as he tries to escape. When all of the ‘booty’ has been snagged, it’s time to leave the vault and move on to the next level.

Lock ‘n’ Chase was published by Mattel in 1982 as an alternative to Pac-Man and Distributed by Taito in North America.

Two players could pit their skills against one another by taking it in turns to have a bash at levels. It’s hardly Mario Kart, but it’s classic ‘golden age of gaming’ fun!

Next up on our list of the best Intellivision games is Demon Attack, another Imagic reimagining of a couple of classic arcade games.

I say reimagining as Demon Attack bears a very close resemblance to both Galaxian and Phoenix. The resemblance led to Atari suing Imagic, though Demon Attack still went on to be Imagic’s best selling game of 1983!

The game is set on the ice planet ‘Krybor’, though it looks more like the moon. I can see the Earth in the background, for crying out loud!

The game used to finish on the 84th level but became ‘never-ending’ in a later release after someone beat it incredibly easily.

Demon Attack earns its place in this list because it’s such an addictive game, and because it’s ripped off three of my other favourite games of all time.

Let’s leave the copycats now and turn to some original fast-paced racing!

Bump ‘n’ Jump takes the 6th spot on our list of the best Intellivision games of all time with its Micro Machines-style top-down combat action!

As the game box says, ‘to become the king of the road, you either bump ’em or jump ’em’. Cars can be destroyed by jumping on them or bumping into them in this dog-eat-dog racing game.

Unlike Mario Kart 8 when you can see a slope or obstacle is approaching, the top-down view in Bump ‘n’ Jump ensures players are constantly thinking ahead.

Exclamation marks appear when a bump is approaching, and it’s up to gamers to time their jumps right and crash into players on landing.

Points are earned by smashing, crashing, and destroying other vehicles along the way. Oh, and by winning the race too, of course.

Astrosmash takes the next spot on our list of the best Intellivision games of all time! This game was so popular that Mattel held a high score competition to crown the ultimate Astrosmash player!

Astrosmash sold over 1 million copies, making it one of the most successful Intellivision games ever made. The gameplay is similar to Galaga, Asteroids, Space Invaders, and other space-shooters of the time.

While the laser cannon gameplay has a definite feel of Space Invaders about it, there are other features such as being able to go into Hyperspace that give this game the edge over Demon Attack.

With unlimited ammo and scores of meteors, missiles, and UFOs to battle, Astrosmash is one of those games that never gets old. I could play this for hours on an evening without ever getting bored!

The Intellivision certainly championed ‘maze adventure’ games, and Night Stalker was one of the very best.

The main character begins every level defenceless and must move towards a flashing gun in order to battle spiders, robots, and many more enemies besides.

When all six bullets have been spent, players must find another gun in one of five locations on the map before continuing with their quest.

The vulnerability element to this game is a nice touch, and while the arcade gameplay is pretty easy these days, it’s still a nice nostalgic title to kick back with.

The gameplay dumbs down the process somewhat, leaving players concentrating on one thing; destroying every enemy that approaches for as long as possible.

Players control Tron in a never-ending disc battle. He must continue to eliminate opponents for as long as possible until defeated.

Stay alive for as long as possible and try to beat your previous high score! Dodge discs and recognisers until your hands get sore!

Intellivision has promised a remake of Tron: Deadly Discs for the Intellivision Amico. Watch this space for more news as we get it!

The penultimate spot on our list of the best Intellivision games of all time goes to BurgerTime!

BurgerTiime provides children and adults of all ages a look at what happens when they play with their food! Chef Peter Pepper must complete a series of burgers while avoiding Mr Pickle, Mr Hot Dog, and Mr Egg.

Anyone searching for true arcade feels will love BurgerTime from start to finish. With similar mechanics to Mario’s Cement Factory, Chef Pepper must walk over various burger ingredients in order to complete a meal.

By walking the length of a burger bun or a patty, the ingredient in question falls down, knocking other ingredients together or destroying evil characters in the process.

I’m still not sure how an egg can be evil, unless Peter is terribly allergic?

Dungeon Masters of the world come hither, for Advanced Dungeons & Dragons tops our list of the best Intellivision games of all time!

Sadly, the video games Mattel produced have nothing to do with the rules or dice roles used in classic D&D campaigns. Still, Advanced Dungeons & Dragons managed to incorporate the same feeling of adventure and danger lurking around every corner.

Mattel produced the first licensed computer-based Dungeons & Dragons game back in the early 80s to great critical acclaim. This was also the first Intellivision game to use more than (wait for it) 4K of ROM.

Hard to believe, isn’t it!

It won the best Adventure Video Game in 1984, which proves that while this title might now look SUPER old, it’s still worth checking out and having a play through. 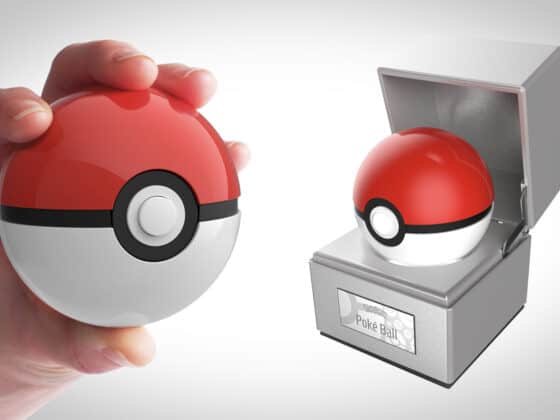 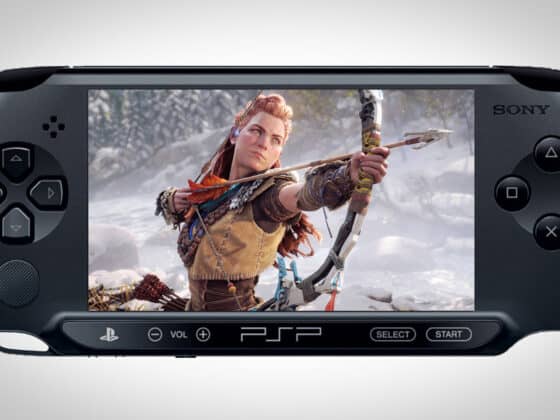