Get ready to race to your retro heart’s content as we check out the best SNES racing games of all time.

Now, I know you’ll all be expecting to see at least two titles from our best SNES games in this list right from the off, but what about the other 8.

You know, there were actually a heck of a lot of racing games out for the SNES. Sifting back through my collection and the SNES back catalogue has really been a trip down memory lane.

Still, while my nostalgic trip has made me incredibly excited and sent me back to a time of sitting in my cousins house while stuffing my face with crisps, you came here for a top 10 and not my life story.

So, let’s check out the 10 best SNES racing games you need in your collection right now.

And yes, that first one below really is about unicycles!

Unirally, or Uniracers depending on where you live in the world, takes the 10th spot in this list of the best SNES racing games of all time!

And yeah, it’s as weird as you might think.

Imagine, for a minute, that Sonic the Hedgehog and Dave Mirra’s Freestyle BMXing had come together to make a hybrid title. That’s exactly the vibe of this game, and while downright crazy, it works so well!

Race across 2D screens while pulling off epic tricks as you take in bizarre scenes.

Like every Sonic game, the key to success is speed, speed, speed. I’m not saying that your unicycle will race at 700+mph like the blue blur, but the more tricks you pull off, the faster you’ll go.

Successfully landing tricks increases your speed, helping you to beat the clock and your opponent to the end of the course.

Ok, so the whole thing is a little pointless, but man… is it addictive!

Battle Cars takes us from 2022 and drops us straight into the 22nd Century.

In a precursor to what we might end up experiencing on our own planet, more and more of the world is dropping underwater, with people battling for territory.

That apparently means bombing what is left of the world in a fight for dominion. Sounds about right; destroy what is left and become the ruler of the ashes, the human way!

Now, I know what you’re thinking; the whole thing looks very much like F-Zero.

That much is instantly apparent, in fact it looks like the designers just lifted the tracks straight from Captain Falcon’s title and dropped them into a new game.

The cars on the other hand are more based after Formula 1 vehicles. Still, Battle Cars is every bit as ruthless and brutal as F-Zero

Upgrade your car as you move through the game and beat a boss at each stage. It’s fun, it’s addictive, and it will definitely make you throw your controller across the room.

Micro Machines takes the 8th spot on our list of the best SNES racing games of all time!

Listen, everyone here on Retro Dodo should know all about Micro Machines by now. If you need a helping had as to what they are however, then just check out our article on the best Micro Machine toys of all time!

Why use race cars and roads when you can use Micro Machines and courses made out of unlikely objects in the most unlikely of places!

Have you really lived until you’ve taken a car across a pool table or off-roading through a sand pit?

Had Micro Machines been a game where the camera followed the car like Mario Kart or F-Zero, then I think it would have scored a lot higher in our list. As it stands, it’s a top down game where players look at the action from above.

Race against 4 other cars through epic levels. So it’s a little simple looking, but it did come out in 1994, so cut it some slack!

It wouldn’t have been a list of the best SNES racing games without it!

We’re concentrating on the ‘Zeo’ version of the Power Rangers in this game,

The premise is simple; race as your favourite Power Ranger choosing from either Gold, Green, Blue, Pink, Yellow, or Red.

Like Mario Kart, there is no ‘one-size-fits-all’ to the rangers. Each racer has a different stat for speed, grip, and acceleration. Fight your opponents by firing blasters, and go head to head with your friends in the multiplayer mode.

If you fancy being a little more evil, then you can also play as Two enemy characters; King Mondo and Cog Soldier, the latter boasting unlimited blasters per level!

Next up in our list of the best SNES racing games is Super Off Road, a game that has a similar feel to Micro Machines with actual courses instead of made up tracks on dining tables.

And of course, because this is a SNES game, it has to have Super in the title!

Your main mission is to beat your opponents and get to the finish line first. If you want to have your name in lights and be the most famous racer around, then make sure you don’t end up eating dirt!

The more races you win, the more money you get to make your machine an absolute beast. Increase acceleration or give yourself better grip around the corners.

You’ll need good grip for some of those slopes; Super Off Road certainly knows how to keep us on our toes!

How many of you can remember watching the Biker Mice From Mars cartoon series? These guys were awesome and one of the best shows of the ’90s.

And their racing game is just as good!

The isometric look of this game feels more like Super Off Road, giving you a better view of the surroundings around your track and helping to draw you into the action.

And, as you might expect after reading about the Power Rangers racers, all of the Biker Mice have different racing stats.

You wouldn’t expect the Biker Mice From Mars to go into any situation without fire power, would you?

We’re not talking about fruit peels here though; fire missiles or drop mines to mess up your opponents.

Win money to spend on engines, new weapons, tires that grip better, or amour to protect you from the constant barrage from the other players.

And, you can either complete the main race mode with a friend or go solo!

Rock n’ Roll Racing feels very similar to Biker Mice From Mars in many ways. The only real difference is the lack of Mice.

Players drive cars instead of bikes on this game. Use weapons from both the front and back of your souped up cars too.

Spikes, lasers, mines… this feels like a James Bond villain organised the courses on this game!

One of the most memorable things about this game, however, was the stellar soundtrack.

Smashing up cars with lasers and blowing stuff up with mines while listening to Born to be Wild and Paranoid just added to the craziness.

There’s definitely a more apocalyptic feel to this game than the next title you’re about to check out. But, if you do fancy something a little different to your usual racer and are currently wearing leather pants and sporting a backcombed hairdo, then try Rock ‘n’ Roll racing!

It might surprise a few of you to see that Mario Kart hasn’t topped this list of the best SNES racing games. The truth is that, while I love this game so much, there are just two more SNES racing titles out there that are more impressive.

Still, as the first ever Mario Kart title, it was always going to rank pretty highly in this list. And I imagine each and every one of you has played this game at some point in your lives by now.

I love playing these original SNES tracks on Mario Kart 8 Deluxe and especially on the Nintendo Switch Online platform too.

Ok, so the graphics are a little dated now and the question mark blocks are on the floor rather than standing up in the air like they are on the N64 version, but that was the look back in the day.

This timeless classic will always be one of my favourite retro games, and the very first Rainbow Road course is always going to have a special place in my heart.

If you’ve ever wondered who the dude is that announces all his moves by shouting FALCOOOOOOLN on Super Smash Brothers, then you need to turn to F-Zero.

Captain Falcon is the most famous racer from the F-Zero series, a racing game set in the far future.

The 26th Century, to be exact.

If you’re thinking that you like Mario Kart and are looking for another title to try, then be warned. This game is a lot more fast paced and takes no prisoners whatsoever.

The original F-Zero is notoriously known as one of the most challenging racing games of all time. There are no banana skins or red shells, but hitting the sides of the track or another person will result in you taking damage,

Hit the energy strips to fix your ship, otherwise it’s game over in a massive mound of flames!

While less family friendly, this is a game for the racing aficionados out there. Luckily, it’s so addictive that it should come with a warning, so you’ll pick up the skills needed to win in no time!

The results are in, and Top Gear has zoomed off with the trophy for the best SNES Racing game of all time!

There are three Top Gear games in total for the SNES, but the first will always be the best in my eyes.

With 32 courses in different countries around the world and some pretty amazing scenery for the SNES days, it never fails to wow me whenever I play.

And you know what… this game was hard!

Fuel up in pit-stops on longer tracks, avoid obstacles, and try to concentrate on the road and not the scenery.

The tricksy thing about this game is that the computer is always a little faster than you with regards to your top speed. That means you need to be so tight around every corner and really work those tyres if you have a hope of succeeding.

There are only 4 cars to choose from, each with a top stat in either fuel, tire grip, boost, and speed.

Come 5th or higher to go onto the next track. Heck, this game even had a password input system so you could jump back into a game when switching off the SNES. 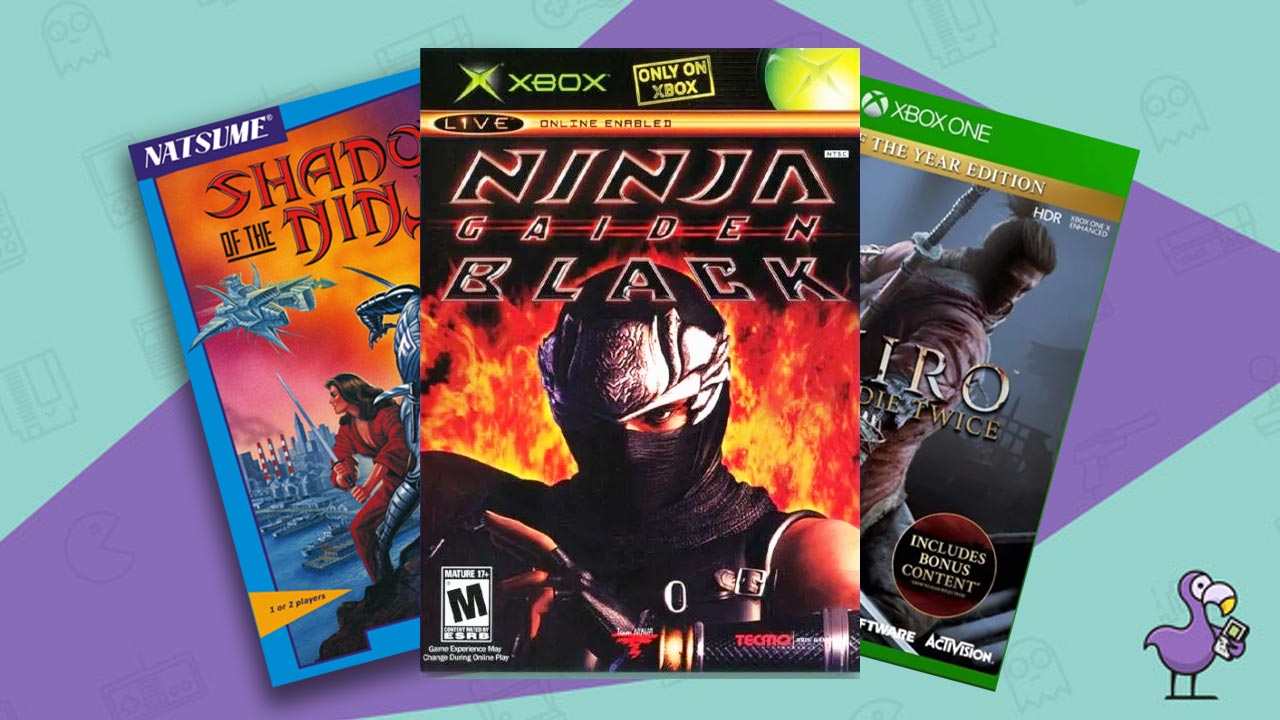