Some of the best Digimon games are spread across a multitude of consoles, so it may get confusing knowing which ones to pick up. That’s why we’ve made the ultimate list for Digimon fans to scan through!

A new Digimon game is currently in the works known as Digimon Survive. It’s a survival/strategy RPG bringing together all of your favourite digital monsters.

With the hype of this new game, we thought it would be best to put together a list of old digimon games for those wanting to try something a bit more “vintage”.

So without further ado, let’s look at the best Digimon games of all time!

Although Digimon Adventure isn’t one of our best PSP games, it’s certainly one to pick for playing Digimon on the go.

Digimon Adventure was released in 2013 for the beloved PSP handheld. As you have guessed from the image, however, it never made it overseas to us western folk. The only way to get this in an English version was to download a fan-made English patch made in 2018.

The game itself is superb. With bright colours, stunning illustrations, and impactful animations, it makes a great pocket monster… oh wait, we can’t say that… we mean a great pocket RPG for Sony’s handheld.

This cel-shaded storyline came from the original Digimon Adventure series that was oh so popular on TV. It even has the voice acting from the show’s original Japanese actors!

Digimon Adventure for PSP had great 3 v 3 battles, awesome animations that blew your mind, and a pretty decent soundtrack too. This is one not to miss!

We’re going back to the past with one of the best PS1 games, Digimon World for the Playstation 1.

Some would say that this was the game that set the franchise in the right direction, selling hundreds of thousands of units for Bandai.

The game was in-fact riddled with technical issues and confusing mechanics, making it hard for first time Digimon players to understand. Still, the captivating storyline kept them going and after that, it was hard to put down.

This game’s 3D models of the digital monsters and stunning illustrations used for the 2d backgrounds made it stand out against many other top down RPG’s.

It soon became one of Digimon’s best selling games ever, putting Bandai back on the map for big console gamers.

One Digimon game you may not have expected to be in our Top 10 is Digimon Rumble Arena for the Playstation 1.

Released in 2002, many say it’s basic, boring and repetitive. But not us. This was one of the best Digimon games for playing with your friends, and this feature alone is what many Digimon games missed.

It was one of the most unique fighting games to hit the console. Many of its competitors were somewhat original, but this game lets users pit their monsters against each other street fighter-style… Sign us up!

The maps were unique and represented many of the episodes from the anime series, including areas from older games. Find awesome power-ups, dodge hazards and enemies, and marvel at how good the characters look all the way through.

This kind of cross over had never been seen before. When it eventually made it’s way overseas, the western gamers absolutely loved it.

That’s why it’s in our top 10 because it’s awesomely different. It pays to think outside the box!

There’s no better way to experience Digimon than on two different screens at the same time. And to do that, you need Digimon World DS.

There are a lot of Nintendo DS games to choose from, and Digimon World DS isn’t one that you instantly think of. But boy, is it one that catches you by surprise.

What made this game so good is that Bandai decided to add in over 300 Digimon, complete with stunning sprites, custom attacks, and mesmerising animations.

The extra screen allowed you to play tactfully; it felt as if you were fighting these digital creatures yourself! The complex battle system was a delight for the more mature audience and it had over 35 hours of gameplay!

That’s more than some of the best PS5 games!

It’s a great game for a great console, and one that we currently have in our collection to this day.

The first title, Digimon World Dawn, focused more on the Dragon, Water, Bird and Holy type Digimons, creating quests based around those species.

Digimon World Dusk focused on Dark, Insect, Machine and Beast type Digimons. Again, you received quests based on those types. Not only that, but Dawn started the game into tournaments, whereas Dusk was more story based.

Bandai was hoping this would increase sales, and it certainly did. Many Digimon gamers wanted to experience both sides of the story, a bit like Pokemon Red & Blue.

They introduced almost 400 Digimon to the game, with new sprites, new attacks and new places to explore. The company was on a serious roll, and the games showed that.

These now sell for a pretty penny on eBay, especially if they are sealed.

This feels like it came out yesterday! Digimon World: Next Order for PS4 was one of the best Digimon games to date, and it felt one step closer to having Digimon in the real world.

This game was actually released on the PS Vita in Japan in March 2016, but it wasn’t released overseas on PS4 until January 2017. This made some Digimon fans a bit upset, and we can understand why; ten months is a long time to wait!

Digimon World: Next Order was an RPG with next-gen graphics that brought your digital monsters to life in a unique way. It was an open-world RPG, that allowed you to play in third-person with up to 2 different Digimon following you throughout the world.

The storyline was also spectacular. Twinned with the stunning graphics, it really did feel like a brand new Persona game for geeks of the franchise.

This was another step in the right direction for Bandai which opened up multiple opportunities for their upcoming PS5 game in 2021.

Digimon World Re: Digitize was a PSP game released in 2012 developed by tri-Crescendo and published by Bandai themselves.

It’s another open-world RPG game that was soon released for the Nintendo 3DS in 2013 due to its success. But, you guessed it, it was a Japanese only game.

Luckily for gamers, it did get an English translation that can be easily found with a quick Google search.

You control a player called Taiga, a 16-year-old boy who is transported to the digital world of Digimon which is basically an online game to kick some butt.

The game itself has stunning graphics and is one of the game’s best features. This title truly inspired many of today’s biggest Digimon fans around the world.

We don’t want to spoil it too much because it’s one of the best Digimon games, and if you pick it up, we promise you won’t be disappointed.

After Digimon World Re: Digitize sold a boatload in Japan, Bandai thought it would be good to bring this style to us western folk inside of a brand new game for the next-gen Playstation 4 console.

Digimon Story: Cyber Sleuth: Hackers Story was that game, and it did everything Re: Digitize did, but better.

This game is renowned for its very impactful storyline which was very well written. The title added 340 Digimon into the mix, making it an exciting must-have adventure for fans of the franchise.

Digimon on the later consoles just seem to have this organic nature to them, bringing your Digimon to life one pixel at a time.

If you’re into high-end graphics, a brilliant storyline, and awesome fighting sequences, then this is the one to get.

Wait till you’ve bought number 2 on our list though, for obvious reasons!

Number 2 on our list is the original Digimon World: Cyber Sleuth. This game targets the older audience that has been with Digimon ever since it made its debut in 1999 and those who collected 90s toys from Digimon themselves.

Cyber Sleuth provided a story-driven Digimon game for the masses. With no more awkward, unknown characters or annoying side quests, Bandai instead focused on character development and engaging storylines.

Not only that, but they added over 200 classic Digimon to the game. This instantly opened its appeal to the older audience and next-gen console users in with the hope of keeping the franchise alive.

And in all honesty, it did just that! Many old school Digimon collectors renewed their love of Digimon all over again, many years on.

If you’re getting a PS5 or still repping the PS4, then it’s time to pick up this game.

That’s right; many of the best Digimon games were on the PS1. This was when Bandai and Digimon were at their peak; they knew they had something great and squeezed the juice out of it until there was nothing left.

Thankfully, while they were squeezing that juice, they built one of the best RPG games for the PS1 ever!

Digimon World 3 also released at a great time. With Nintendo not releasing any Pokemon games around this time, this game became the go-to-title for any pocket monster lover.

Bandai took a classic RPG approach to Digimon World 3, with awesome combat and level development for each Digimon that allowed you to keep growing its power. It made gamers want to come back every day to buff out their monsters.

In all honesty, they took the best features from Pokemon and made it their own, and this is exactly what gamers wanted at this time. Bandai focused on what it was good at and Digimon World 3 became one of the best Digimon games ever.

Add it to your collection immediately; it’s a very wanted game and packed with content.

There you have it, a look at our best Digimon games of all time! This franchise has gone through plenty of ups and downs over the years, but it’s hanging in there. And, from what we’ve seen over the last few years, Bandai and Digimon are here to stay.

We can’t wait to see what other games Bandai release as part of the Digimon series, and we’ll be here waiting with our wallets open when that time comes.

A 28 year old fella that's had a Gameboy addiction ever since he was a child. Brandon is the founder of RetroDodo and created a YouTube channel with 180,000 subscribers dedicated to retro gaming products. He now wants to create the No.1 site to showcase the latest retro products from around the globe. 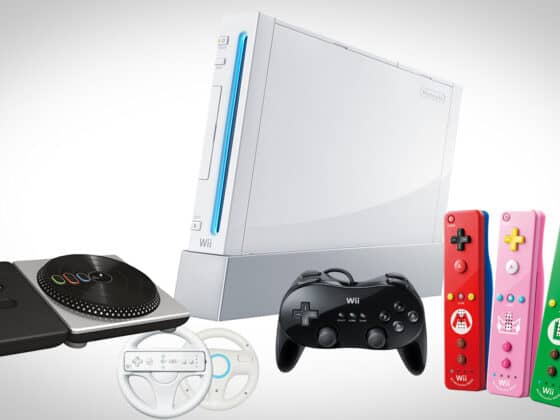 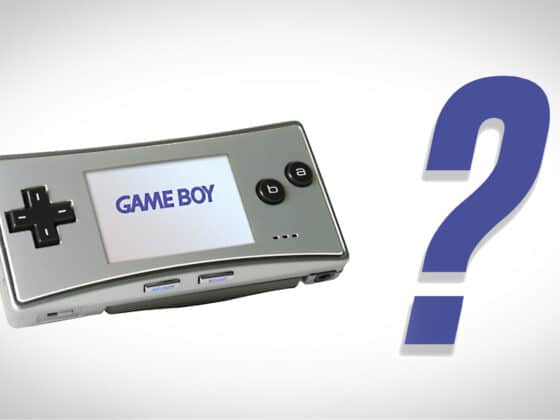