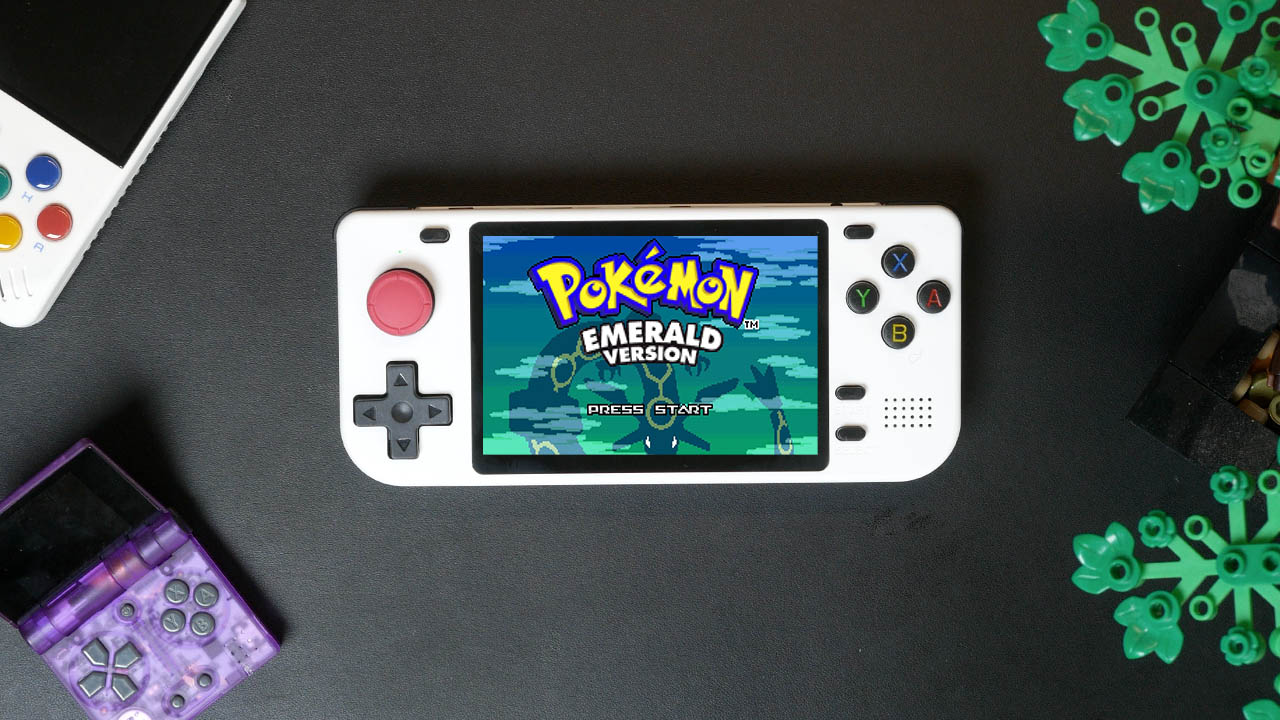 An expensive handheld that looks great, but feels uncomfortable to hold

It seems like I haven’t reviewed a handheld in a long time, the Analogue Pocket and the Steam Deck have sapped up all of the handheld media recently, but thankfully for us retro handheld enthusiasts one little handheld has slid under the radar, and although it pains me to say it’s from Powkiddy, it’s about time we had something to add to our collection.

This is the Powkiddy RGB10S, a portable, slimline handheld that has been a pleasant surprise, that was until I saw the $90 price tag.

As mentioned in many of my other reviews Powkiddy has always been hit and miss with its products.

Some are good (Powkiddy Max 2), some are bad and others are just damn right awful, this is because they have a tendency to rush products into production in hopes that something sells well.

The chip shortages has not helped with this, and although their output hasn’t decreased, the technology behind it and the chips used have stayed the same for many years now, there’s no innovation, and they’re really wanting to squeeze as much out of the RK3326 chip that probably have lots of stock of to the max.

So yes, the Powkiddy RGB10S here does have the old RKK326 chip, which is a disappointment, as many of us who are collectors have far to many of these handhelds to justify buying another one with the same power, especially when Powkiddy puts a $90 price tag on such a small, basic device.

Now, it pains me to say that these handhelds aren’t going to get any cheaper as the months and years go on.

The world is in a fragile state, the average person can barely save money due to inflation and the ever increasing energy prices so these companies are in a really sticky situation, but launching average handhelds just isn’t going to cut it anymore, and as much as I like the RGB10S, it’s hard for me to justify spending $90 on something so average, because I know how far $90 can go in terms of paying bills and putting food on the table.

The RGB10S is a small device and at times it feels like a Gameboy Advance, but with extra shoulder buttons, a 3.5” screen, more buttons and an analogue stick which looks like Hellboy’s butt hole.

Overall, the face looks very modern, the slim bezels alongside the easy to understand face makes it a very sleek device.

The action buttons are coloured and placed nicely but are much smaller than what I am used to, the same goes with the shoulder buttons on the top, even though they are okay to press, they’re just too small for adult hands.

The menu and option buttons also feel a little cheap, and have far too much movement, but that’s just me being picky.

Around the back and sides you’ll find nothing, just a sleek matte finish shell, all of the buttons and ports are nicely organised along the top of the device apart from the volume buttons, you will have to press the menu button and up on the DPAD to increase volume, which is annoying and again, a simple corner cut.

The same goes with the brightness, but unfortunately the low-res 480 x 320 screen doesn’t get that bright, and is very hard to see in direct sunlight.

When holding the RGB10S yes, it feels study, and strong enough to take a lot of bumps and bruises, but as you can see from this clip, my hands simply engulf the handheld, making it a little cramped and uncomfortable to play on for long periods of time.

Here my partners hands who are much smaller and similar size to that of a Ewok fit much better so i would actually recommend this for children, or teenagers instead of adults, simply due to how compact and cramped the device is designed.

Combined in a small handheld like this that’s quite impressive, but it’s still a RK3326 handheld which as we know caps itself at N64 gameplay.

The smaller consoles such as the Gameboy, Gameboy Advance, best NES games, arcade game, wonderswan, game gear, mega drive and more work really well on this thing, and I had a blast playing them on such a small, good looking device.

But as you can imagine, N64 lacked quality, alongside low framerates, Dreamcast was near impossible to play on, and PSP emulation was poor too.

This is a handheld aimed at those that like to play on consoles and handhelds up to the Playstation 1, anything more than that and it really starts to struggle.

However, I did notice that the battery life had some impressive longevity to it, i was pulling five hours out of this thing on one charge, which makes me think it’s a good handheld for kids and teenages to have in their bag while they’re at school or travelling.

But they will need to get use to tinkering around some pretty ugly menus and understanding how to do the unnatural keybinds to get into menus, save states and more.

Overall the Powkiddy RGB10S is a great looking handheld, one that I had to pick up simply due to the miniature Gameboy Advance aesthetic. The console itself is very small, so I found it awkward to play on for long periods of time, and the old RKK3326 chip gave me nothing to get excited about in terms of performance.

But the cherry on top is the unfortunate price point of this handheld, coming in at $90 for something that just looks good and won’t fit many adults hands.

However, if you are looking for a handheld for your child, or a young family member and don’t mind splashing out to get retro games into their hands, then I think the RGB10S will be a good fit.

For us adults, and those with big hands it’s a bit of a shame, I was really hoping this would feel great, but unfortunately the size, the low brightness and the lack of power makes it one that I personally would pass on.