We’re massive fans of Link and his adventures here at Retro Dodo, but just how many Zelda games are there?

It turns out there’s quite a lot!

This series has been running from 1986, with so many exciting titles and spin-off games finding a pace in out hearts.

And somehow, like Jar-Jar Binks, Tingle has became a fan favourite character…

The Legend of Zelda remains one of the best series on any console, with puzzle elements that tease the brain and exciting action that keeps you on the edge of your seat.

Still. its time to figure out how much of a fan you really are! Let’s see how many of the following Zelda games you’ve played or heard of!

The first game that started the iconic series and introduced everyone’s favourite pointy-eared protagonist into the world. We meet Ganon, Zelda, and discover the triforce for the very first time!

After finding a strange birthmark on the back of his hand, Link and Impa go on a mission to discover where Zelda lies sleeping. The problem is that every female child in the land is now called Zelda… talk about making things hard for him!

One of the best Game & Watch games of all time is this Zelda Game & Watch dual-screen adventure. Taking influence from the first two games, Link moves between both screens as he defeats eight dragons in eight dungeons.

From a Zelda Game & Watch to a Zelda game watch! This timepiece from Nelsonic is next up in our how many Zelda games are there article. It has a simple game built into it based on the first Zelda release. Tell the time while being the hero of time (well, future hero of time…).

A Link to the Past remains one of the best SNES games to this very day. An evil wizard has both saved and imprisoned Hyrule in one stroke. When Zelda makes a plea for a hero to save the kingdom, Link steps up to the plate!

The very first Link’s Awakening release dropped on the Gameboy in 1993. Can you save Koholint Island and discover the mystery of the Wind Fish’s Egg?

The first of three games for the Phillips CDI, Link, the Faces of Evil dropped on the same day as the Wand of Gamelon. In this game, Link heads out on an adventure to beat Ganon.

And in the Wand of Gamelon, the tables have turned and Zelda is the main protagonist! Teaming up with Impa, she heads out to save the King and Link, both of whom haven’t returned from the battlefield.

Off the back of the Wand of Gamelan, Zelda’s adventure sees Zelda taking the starring role once again!

Japanese release of the first home console game with save feature for the Famicom.

First spin off game for the Satellaview. Link isn’t the main character here (that’s BS, and not the acronym), but the story and general plot is the same. Odd remake of the original Zelda game with sound actors voicing characters; one for the collectors!

Bet you didn’t expect to see stuff like this when you asked how many Zelda games are there, right?

More commonly known as Zelda and the Ancient Stone Tablets. It’s essentially a remix of ‘A Link to the Past’ where players play as a boy or a girl from the BS-X Network.

The last BS Zelda game for the Satellaview, a reimagined version of A Link to the Past with voice acting.

The worthy winner of the best N64 games of all time, The Ocarina of Time was Link’s first 3D adventure and remains one of the seminal games of our age. Regularly voted the best game of all time, this time-travelling adventure still gives me chills today.

You might not think that making a colour version of Link’s Awakening would make a massive difference, but it gave it a new lease of life. With a new Colour Dungeon to uncover for gaining extra attack or defence, it felt like a totally new title!

The mask-collecting sequel to Ocarina of time, Majora’s Mask is one of the best Zelda games of all time and kicked set a high gaming standard for the noughties. Save Termina and Clock Town from Skull Kid’s shenanigans and stop the moon from falling!

Two of the best Gameboy Color games ever, Oracle of Ages & Seasons require players to complete both titles in order to full understand the storyline. Seasons has lots of action, Ages is fuelled buy puzzles. Both are classic Zelda games through and through!

Link’s first cel-shaded outing and his first on the GameCube. Travel the seas in search of triforce shards and sages, stopping Ganondorf once again!

The Legend of Zelda Ocarina of Time Master Quest disc featured enhanced versions of Ocarina, improving on both graphics and difficulty. Play the original adventure or try your hand at a super-difficult version where everything’s mirrored!

Collectors disc that was available via various Nintendo rewards platforms or through games bundles. This collection features four games; The Legend of Zelda, The Adventure of Link, Ocarina of Time & Majora’s Mask.

A Capcom made game that pulls the best bits from A Link to the Past and a Link’s Awakening, The Minish Cap sees Link turning pint-sized to chat with the Picori. He’s guided by a cranky hat and must change size to complete different challenges and quests.

Twilight Princess brought motion controls into the world of Zelda. This game plays and feels like an updated version of Ocarina of Time and sees Link travelling through Hyrule and delving into the Shadow realm in order to stop a familiar foe.

Somehow, Tingle has become as popular as Link over the years. This fan-favourite character must collect cash in Rupeeland in order to make his dreams come true. Lose rupees, and you die; money is literally a life and death problem in this game!

Phantom Hourglass follows on from the Wind Waker in the adult Link timeline that sees him disappear from Hyrule completely after Ocarina of Time. Zelda provides the ability to unleash Phantom Guardians through the games dungeons.

Tingle’s back, and this time he’s recreated the original Ballon Flight game in true Tingle fashion. This game was only available through the Nintendo Japan points program, making it a bit of a collectors item!

Link’s Crossbow Training is a first person shooter. It’s basically Call of Duty, Hyrule-style, knocking back waves and waves of Stalfos and other famous enemies from the series through 9 carnage-filled levels. Twin with the Wii Zapper for the best experience!

Spirit Tracks is the third game in the Wind Waker cel-shaded series. In a move away from the normal games, players move Link using the DS stylus only. Build Spirt Tracks and thwart a weird devil dude from causing pandemonium.

Dekisugi Tingle Pack is a game with five little gimmicky mini games and apps that are Tingle featured. It’s another downloadable title from the Nintendo points platform and one that features cool DSI camera features to discover.

When a man gets sucked into a story book that’s on sale in a shop, he becomes Tingle. Move through the world buying gifts for girls while on a mission to dance with the princess… man these games are weird.

Skyward Sword serves as the first game chronologically in the Legend of Zelda series. Set on Skyloft, Link must explore the surface world below the heavens on a mission to save Zelda, setting in motion the events for the other games in the series.

Just when you thought Ocarina couldn’t get any better, they make a 3D version of it! This 3DS game allows users to play the classic adventure in 3D; I still can’t get over seeing the Spiritual Stones spinning out of the screen!

Four Links, four swords, one enemy. This game sees players taking Link and three clones of himself on a mission to defeat Shadow Link using the magical ‘Four Sword’. It’s a great multiplayer game and a real couch co-op classic.

A Link Between Worlds is up there as one of my favourite Zelda games of all time. Having the ability to rent all of the weapons from the very beginning of the game rather than searching through dungeons for them is revolutionary, as is merging into walls!

If you’re a fan of the original Wind Waker, then the HD version will blow you away. I didn’t think it was possible for cel-shaded graphics to look any clearer, but this game looks so pixel perfect that you could almost jump inside it.

If games where knocking back hordes and hordes of enemies are your bag, then Hyrule Warriors will be right up your street. Control your favourite heroes from the series and play through classic levels from before BOTW.

Incredibly similar to Four Swords, players take multiple versions of Link based on the three spiritual stones through levels, basking in multiplayer madness and taking on classic enemies that are recognisable from Legend of Zelda: A Link Between Worlds.

I liked Majora’s Mask on the N64, but when I sat down with it on the 3DS and saw elements in 3D, I appreciated it a whole lot more. The game looks and feels almost like a new title, and having the ability to play anywhere and everywhere made it even more appealing; some of those masks

Twilight Princess, but supercharged to 11. The graphics have had an overhaul and the whole experience is even more enjoyable. And the best bit; you don’t have to use the annoying motion controls!

38. My Nintendo Picross: The Legend of Zelda: Twilight Princess (2016)

I’m not a humongous fan of Picross, but if you’re a puzzle head, then it probably feels like the holy grail. This is a downloadable game available from My Nintendo for the princely sum of 1000 coins.

The best Zelda game of all time and the most immersive open world adventure that I’ve ever played. If you’re reading this list and haven’t ever played BOTW, then you need to rethink your life. WIth magnificent graphics and zero loading times, this is the ultimate Zelda game.

40. Cadence of Hyrule: Crypt of the NecroDancer featuring The Legend of Zelda (2019)

The famous rhythm-game series takes on a Hyrule twist with characters and locations from The Legend of Zelda. Play as Link or Zelda and get your groove on everywhere from Death Mountain to Hyrule Castle.

The ultimate version of Link’s Awakening, lovingly remade for the Nintendo Switch. It’s not BOTW, but it was a fun game to play with great graphics and a best from the past that definitely put a smile on my face!

After the success of the first Hyrule Warriors game and Breath of the Wild, it was only natural that the sequel would marry the two together. Play as Link and the champions from before the calamity struck, beating back guardians, moblins, and more.

The Legend of Zelda: Skyward Sword finally addressed the poor motion controls of the original game and gave us the chance to play without them altogether. The graphics look cleaner on the Switch, and it’s fun to spot the initial ideas that would later make up the mechanics of BOTW.

There’s not much that we know about BOTW2 yet so far, apart from the fact that it looks amazing in the initial trailer. I’m excited to try out that reverse raindrop thing that Link used to get up onto that ledge, and we’re guessing that Zelda might play more of a part this time. Check back for more info as we get it!

How many Zelda games are there?

In total there are 44 Zelda games, with the first being “The Legend Of Zelda” released in 1986 on the Famicom Disk System. 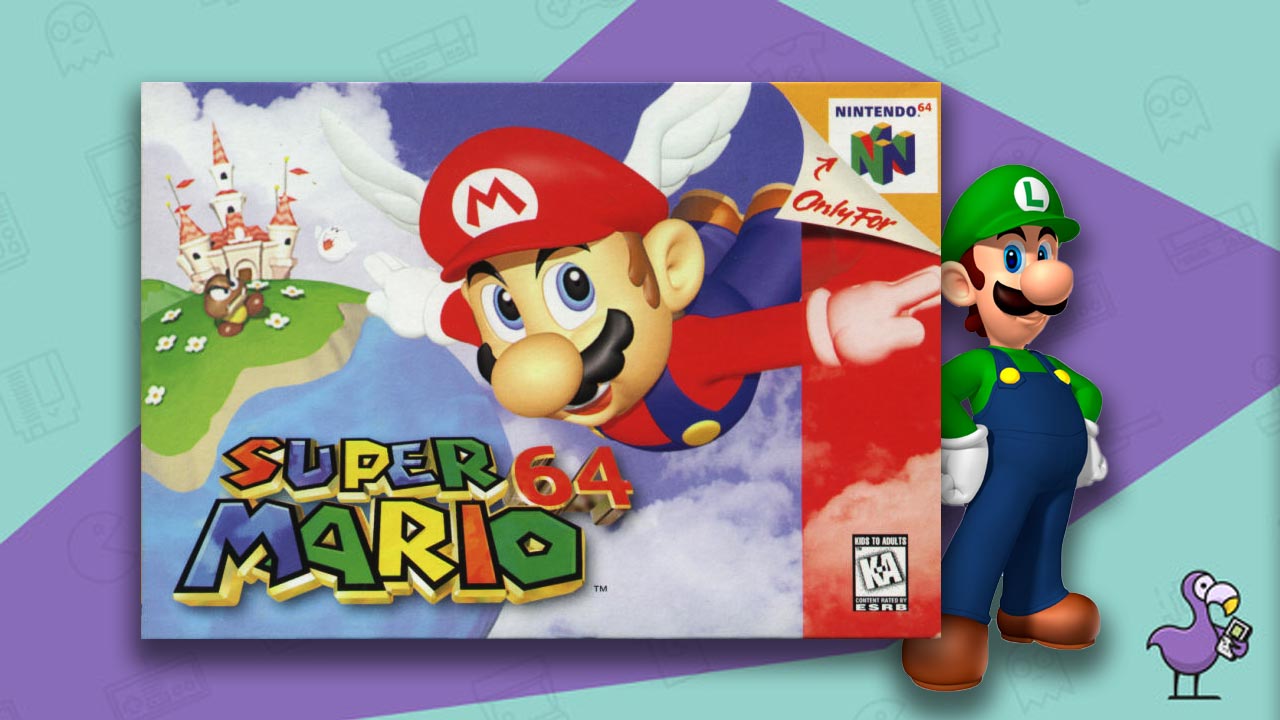 Can You Unlock Luigi In Super Mario 64? 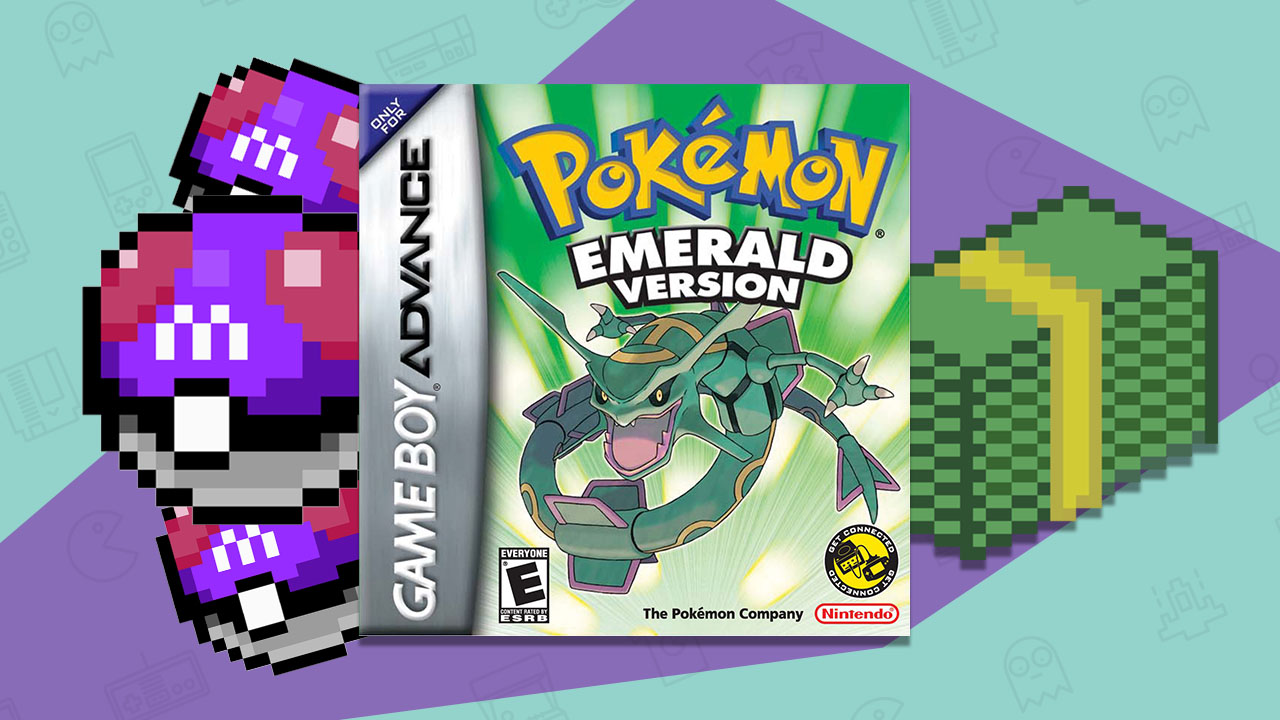 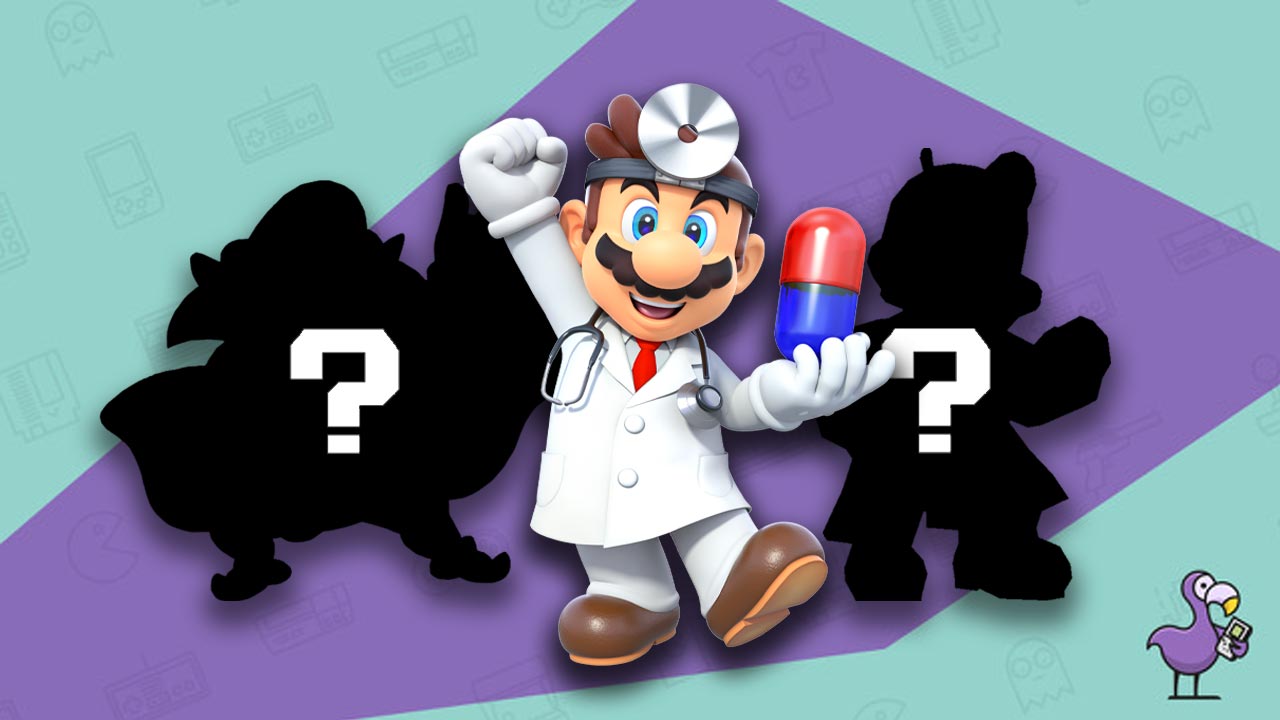 How To Unlock Characters In Dr Mario 64

How To Get Bulbasaur In Pokemon Yellow

What Is A Man In Castlevania?

How To Long Jump In Super Mario 64 How To Get Fly In Pokemon Emerald?