Power Rangers are a franchise that you may be unfamiliar with if you were not alive in the 90s, and it would be easy to be unaware of the amount of video games that have been created for the series.

There’s about thirty total games out there if you count some of the unofficial ones, which we will get into a bit on this list.

It feels necessary to do a deep dive into the extensive history of video games that have been released in the last 28ish years!

Without further ado, here are are the best Power Rangers games of all time!

Mighty Morphin Power Rangers for the Sega-CD is a pretty unique game on this list, as it takes advantage of live action video content.

Game play is presented as quick-time events where you must press the correct button at the correct time.

It is a lot like watching the TV show (cause you pretty much are), except now you are the one controlling the action.

Game play is not that difficult, it’s more of a challenge to keep your eye on the buttons they want you to press than watching the action on screen… but this is such a unique game that we absolutely had to include it on our list of the best Power Rangers games.

I’ll just be real with you.. the main reason this one scored lower on our list of best Power Rangers game is 100% because I don’t like the visual style of it.

If they had gone with a really good pixel art style, like some games we will see later in this list, I would likely have put this one much higher on the list.

Still, to give credit where credit is due, “Mega Battle” features some of the best content, has the most to do, and has some good dialogue moments.

Oh and the boss battles are pretty rad too.

This is clearly a really polished game and if you are a fan of the Power Rangers, it would be a game you absolutely have to play.

Where most games on this list will be of a similar fighting or beat em up style (two genres we love), the 2002 Game Boy Advance title “Power Rangers Wild Force” gives us something totally different: an isometric adventure.

There’s some awesome cutscenes and dialogue moments, and they even throw you into some 2d fights as giant robots.

The environments are incredibly diverse.. from cruise ships to dense jungles to temple ruins.

This game kinda has it all, wrapped in a super classic arcade style presentation.

The combat is simple, the sound effects are super retro, and everything about it just feels classic.

Power Rangers Wild Force is an awesome game for retro fans, and we highly recommend it for anybody that is a fan of the Power Rangers.

It’s not often that a mobile game catches our attention, but Power Rangers: Legacy Wars is an exception to that rule.

What makes “Legacy Wars” worthy of a spot on our list of the best Power Rangers games is just how diverse the content is.

The game is a classic 2.5d fighting game, but present some awesome options for character upgrades.

The environments are beautiful (they rival most of the games on this list, actually), and the possibilities are enormous…

And the makers of Power Rangers: Legacy Wars have kept the updates coming, adding new characters and movesets, giving plenty of reasons to keep coming back.

If mobile games are your jam, this is absolutely a title worth looking into.

If you were a fan of the 2d fighting in “Legacy Wars” and the mini-battles in “Wild Force”, then we have a treat for you.

As the name suggests, Mighty Morphin Power Rangers: The Fighting Edition is probably the coolest 2d fighting game in the Power Rangers franchise.

It’s just one of those perfect arcade fighting games that will keep you coming back time and time again.

The graphic style is exactly what you hope for from the SNES era, and the game play is smooth and fun.

With our research of the Best 2D Fighting Games Of All Time and the 10 Best Anime Fighting Games, we know a thing or two about good fighting games. While this game didn’t make it on those lists, we would like to give it an honorable mention.

This one might not technically count as a true Power Rangers game title, but if you take a look at the cover image… there’s no doubt who that’s supposed to be.

And more on that coming soon…

But in this game, you play as stunt actors who have teamed up to start their own production company. And your task is to guide them as they create their own television series.

The game plays out quite well, and is a heck of a lot of fun. Everything about the story is just silly and a good laugh.

Graphics and sound are all top notch, and most elements within the game are customizable and upgradable. You are literally building your own custom team in glorious pixel art form.

We might need to go back and expand our list of the 15 Best Pixel Art Games to include Chroma Squad!

Unsurprisingly, the game got some attention from Saban Brands, who owns the Power Rangers franchise.

But the makers of Chroma Squad were able to reach an agreement with Saban, and the game includes the tagline “Inspired by Saban’s Power Rangers”.

Which makes it somewhat of an official title for the Power Rangers franchise!

We are kind of glad that Chroma Squad was so successful that it got the attention of Saban, leading to it becoming an officially licensed title…

So now we can comfortably include it on this list of the best Power Rangers games of all time!

If the controversy of Chroma Squad had the anarchist in you excited, then may we present Power Rangers Beats of Power.

“Beats of Power” is a freeware fan-made arcade fighting game for the PC.

The game is not licensed or supported by Saban Brands, Natsume , Banpresto or Bandai.

The creators of “Beats of Power”, Merso X, said that they envisioned the Power Rangers getting their own “Turtles in Time” style arcade beat em up. And knowing that, you can see those clear influences.

Power Rangers: Beats of Power features full four player co-op play, and has absolutely perfect graphics and play mechanics of the classics that it was inspired by.

It feels dangerous to say so, but Power Rangers: Beats of Power is easily one of the best Power Ranger games of all time… even if it’s not official.

To clarify a bit, five video games released in 1994 connected to the first series of the television series.

There were games released for the SNES, Game Boy, Sega Genesis, Game Gear (appeared on the list of the Best Sega Game Gear Games), and Sega CD (the game mentioned earlier on this list).

The content of those games vary quite a bit, so this particular entry on our list would be targeted at the SNES game, which was a side scrolling beat em up.

Absolutely everything we love about early 90s games (something we find ourselves saying a lot on this list), just absolute arcade perfection with great pixel art and great sound design.

It is crazy that this is the very first Power Rangers video game, and they got it so right.

It is also important to emphasize that they developed five entirely unique games simultaneously!

This is one of those times when creating our “best” lists where we must choose between what is one of the best modern entries in a franchise and one of the strongest retro offerings we have seen.

In this case, we went with our hearts and chose retro.

So for our number two spot on the list of the best Power Rangers games… a modern 2d fighting game… Power Rangers: Battle for the Grid.

As the most recent Power Rangers video game, with ports on the Switch, Xbox One, PS4 and PC…

The combat is freakin’ awesome, tons of variety in the attacks, powerups, effects, and dynamic 3d environments.

You can call on teammates and Megazords for battle assists, and the roster features over 25 characters from the history of the Power Rangers universe.

They even threw in a few Street Fighter characters just to make it interesting.

They have kept things spicy with a few awesome DLC packages since the release, and with cross-play, you can battle with people online no matter what console they are on.

This is one of the most polished and exciting games to come to the world of Power Rangers, and was tough to give anything an edge over it on this list of best Power Rangers games.

But there was one game that hits closer to home for us as lovers of retro games:

We have seen quite a lot of beat em up style arcade games on the list, and the Power Rangers game franchise has surely given the Ninja Turtles a run for their money.

There’s some super sick power ups, sweet boss battles, and a wide variety of stages that offer the usual beat em up, as well as platforming, arcade shooting, downhill sliding, obstacle dodging, and a finale you must experience.

Seeing everything that MMPR:TM has to offer, we can see why someone like the makers of “Beats of Power” would play it and think “I wish there were more of this!”

We feel exactly the same. It’s a shame we only have a one hour game experience here.

But we can tell you that Mighty Morphin Power Rangers: The Movie is an absolute blast from start to finish, and eeeeeasily the best Power Rangers game of all time. 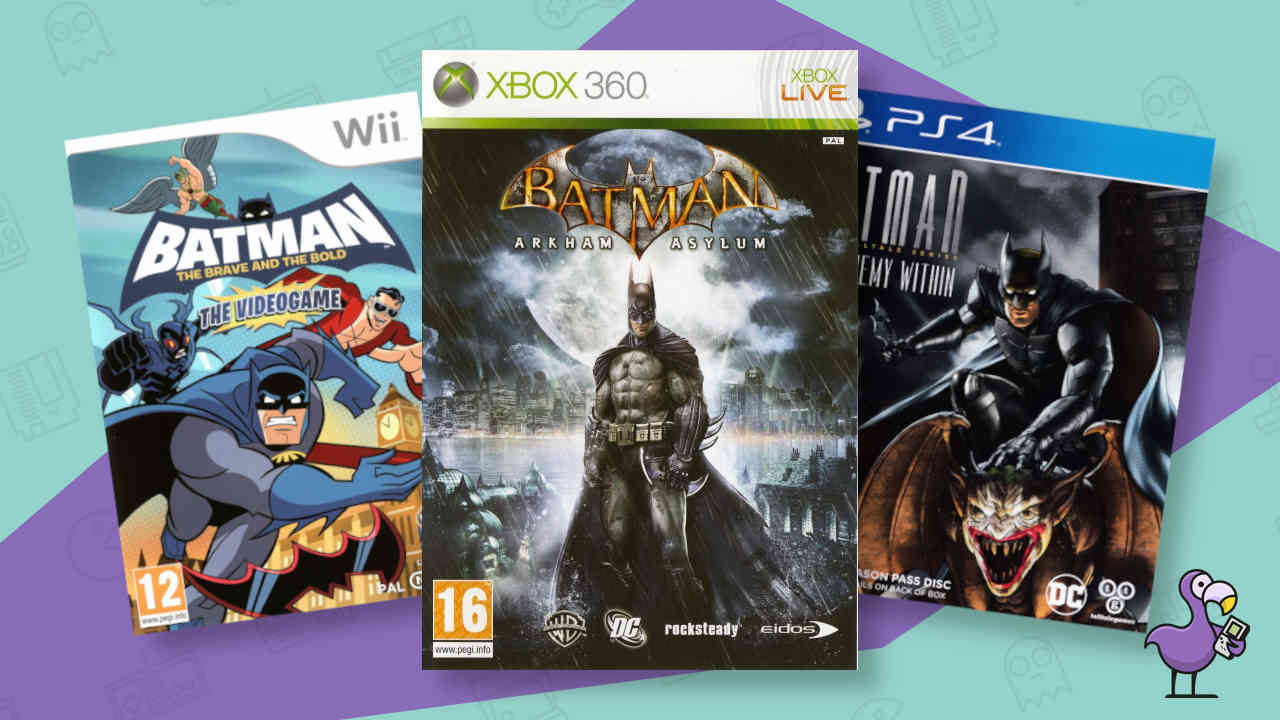 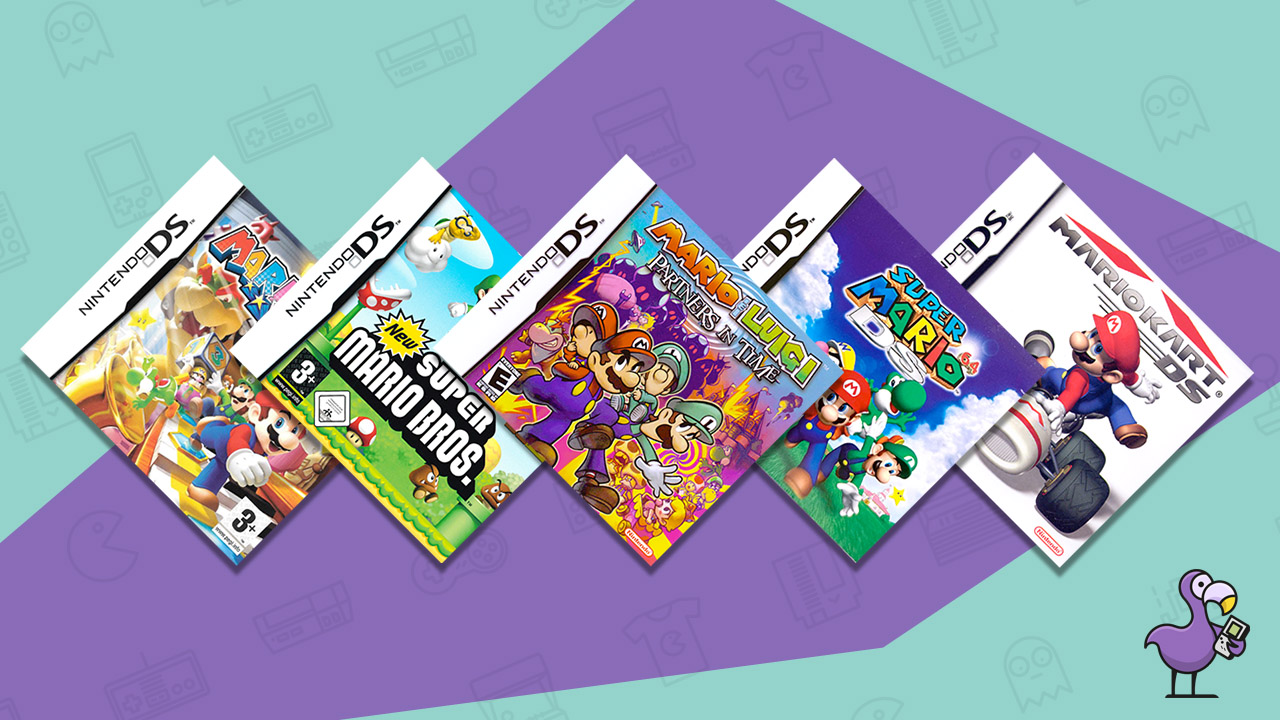 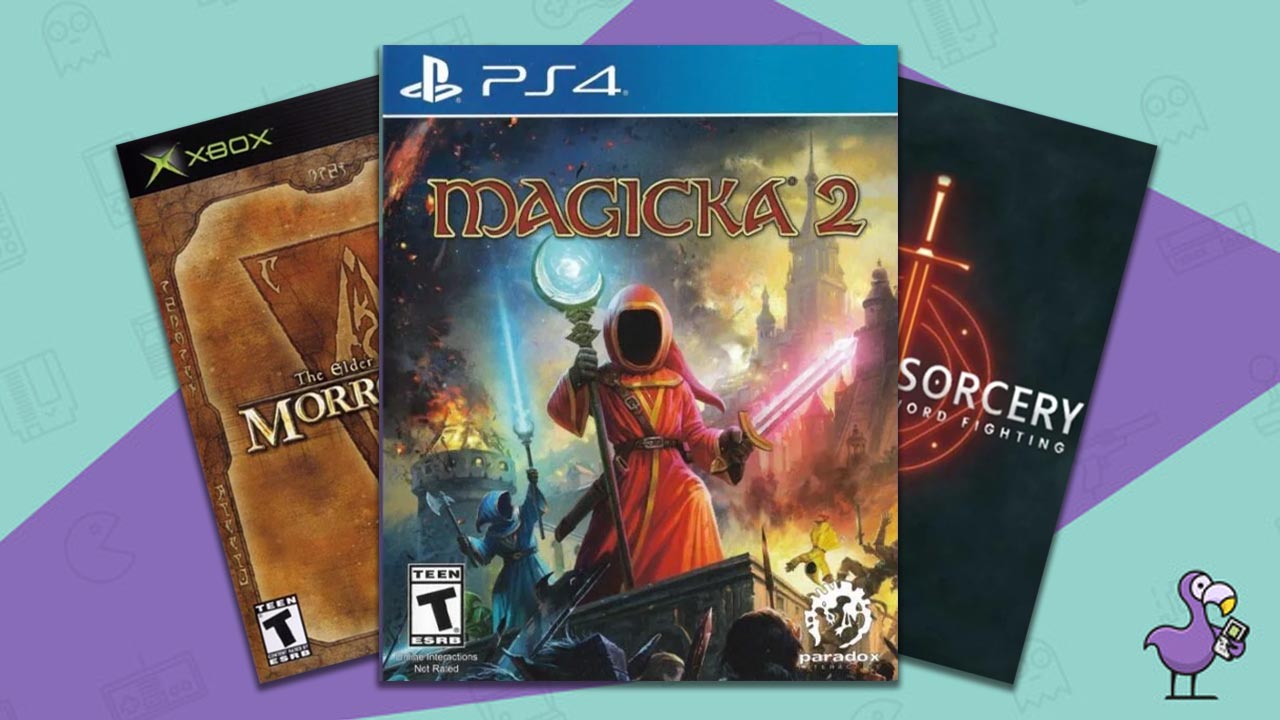 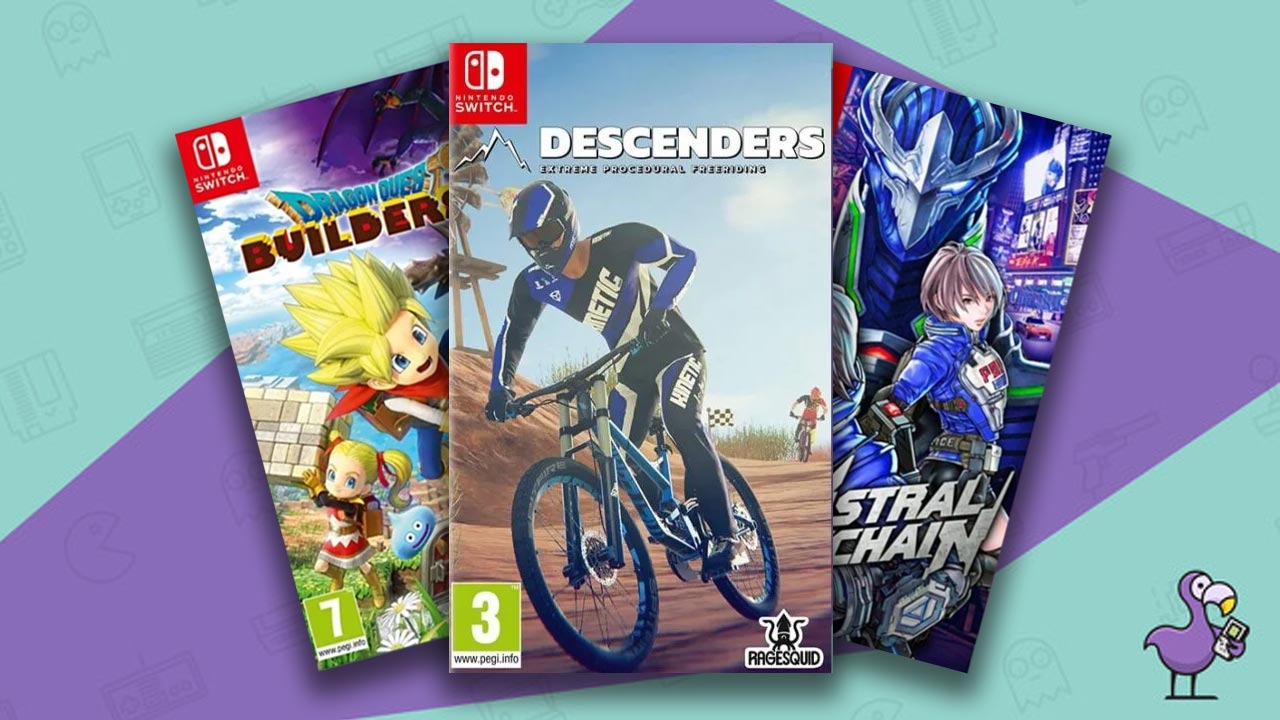 10 Most Underrated Nintendo Switch Games Of 2022 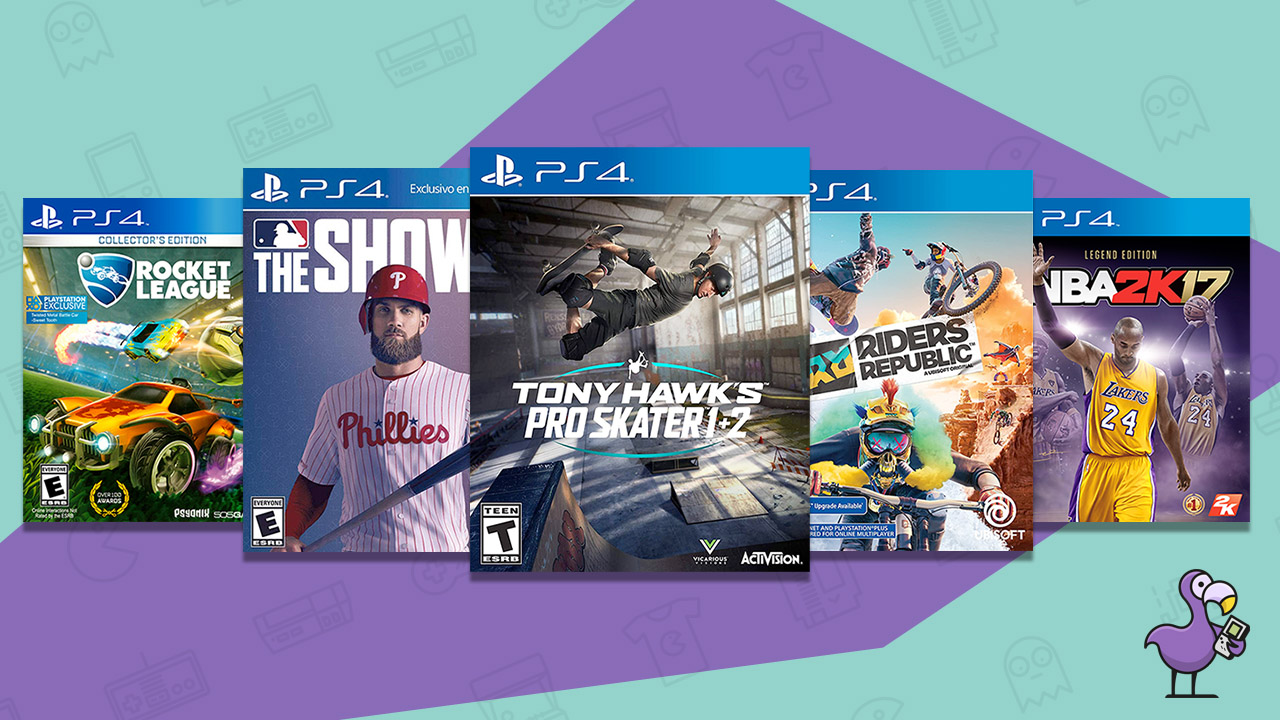