I am here to present to you a list of incredible game titles that you may have never experienced before; the best Pokemon Mini games.

The original black and white Game Boy is one of my favorite video game consoles because it is the epitome of “retro gaming”. The simplistic monochrome graphic style, the old style LCD screen with the crispy pixels. I love it.

I recently discovered another retro game console that has a very similar feel. And it is a console I had overlooked entirely.

In the past, when I heard “Pokémon Mini”, I assumed that we were talking about a Tamagotchi clone that had the first generation Pokémon (green/red/blue/yellow) on it.

You can’t blame me, it does look like a Tamagotchi!

When I discovered how great the Pokémon Mini games were, I immediately looked into our own articles to find a best list for some game recommendations.

I was pretty surprised to see we had not created a list for Pokémon Mini games, considering how much the team loves all things Pokémon.

Fear not, we didn’t miss the Pokémon Mini entirely, we covered it in our book A Handheld History.

I raised my hand and asked for the opportunity to test ALL Pokémon Mini game titles and create my rankings.

Lucky for all of us, we live in the best time for portable gaming and we can emulate the Pokémon Mini on most of the Best Handhelds Under $100.

(Also, the Pokémon Mini is the first console I have emulated that takes advantage of the rumble on my RG351V. I didn’t even know it had that!)

I have 31 games total for testing purposes, so that’s a pretty decent pool for a best list.

So let’s do this… should be a ton of fun!

Pokémon Puzzle Collection is a collection of sliding puzzle games.

Game play is simple, yet addictive… as we’d expect for a miniature portable gaming console.

There’s 80 puzzles in total, 20 of which are unlocked through game play.

So this game gives you a ton of content to work with.

Perfect for long train rides around Tokyo or a relaxing weekend in the park.

There was even a follow up in 2002, Pokémon Puzzle Collection vol. 2, that came packed with 96 puzzles!

So if this kind of game play is your jam, here’s a perfect rabbit hole to throw yourself into.

Luckily, this one came in English, so I had no problems finding my way around the menu.

And each mini-game comes with a convenient “how to play” screen.

Most games are played with a single button press at the right time.

Easy enough, and it’s these kinds of super simplistic games that make for a great time killer.

Ricochet Dribble in particular was the cutest and most enjoyable mini-game in the collection.

If you’re a fan of the Mario Party / Game & Watch / Warioware style mini-game collection… Pokémon Party mini is a perfect fit in your ROMs folder.

Absolutely one of the best Pokémon Mini games.

Pichu Bros. mini was a bit frustrating at first, as this is one of the Japan only releases.

So I did what we all do in that situation… I just pressed the A button until a game began.

I started with a really cute looking skateboard game starring what appeared to be Pikachu’s younger siblings. (The Pichus debuted in Pokémon Gold and Silver and are the pre-evolved version of Pikachu).

It took me a few tries to even figure out what was going on, but I endured because of just how cute the graphic style was (the common theme of all Pokémon Mini games).

Once I figured out that the only control was with the left trigger, it was smooth sailing (or skating) from there!

And that’s not the only mini-game featured in this cute title. There’s a parachuting game, some weird flying(?) game, a fruit collecting(?) game, a whack-a-mole type game…

Honestly, it was all kind of strange and confusing. Haha. But it’s simple mini-games at it’s finest, and reminds us of stuff like the Game & Watch and the previous mentioned Pokémon Party mini.

If you only ever try the skateboarding game, it’s all worth the investment of your time.

Pokémon Zany Cards is perhaps one of the most unique games on this list.

It is a dialogue heavy game, which makes it quite different than the other games for the Pokémon Mini.

And the game play itself is quite rule heavy and has a steep learning curve.

For those who wanna invest more time in a game on the Pokémon Mini, this game absolutely is one that offers a more challenging experience and a lot of reward for taking the time to figure it all out.

One could surely spend many hours perfecting their skills in Pokémon Zany Cards. And have a great time doing it.

It doesn’t hurt that it also is a gorgeous looking game. Pixel perfection.

If you’ve played some of the amazing pinball games of the past, such as Kirby’s Pinball Land or the original Pokémon Pinball… this is gonna be right up your alley.

But this isn’t your usual dual-flipper style pinball… it’s an appropriately minimized version of pinball that features a plunger style action.

Like a mole popping out of the ground to thrust a PokéBall around the board. Some sort of reverse whack-a-mole.

Seriously though.. you know what pinball games are all about. This one is that, but in a cute miniature form. And we absolutely love it.

I’m a massive fan of Tetris, specifically Tetris DX. And if you are a connoisseur of all of the Tetris ports like me, you know they all play quite different.

That is why I prefer the original Game Boy Tetris and Tetris DX over any other port I’ve played, because they have the best feel to them.

Hearing that there was a Tetris game for the Pokémon Mini was what had me looking into the console in the first place.

And it also happens to be one of the ports that has a pretty nice feel to it! Everything feels silky smooth and looks really great.

With the added mechanic of catching Pokémon by clearing 4 lines at once, it gives a fun new angle to a familiar game.

I’d rank this among the best Tetris ports out there, and easily one of the best Pokemon Mini games I’ve played.

But there’s only one that had me literally saying “SO COOL!” out loud while my lady tried to sleep:

In what has to be my favorite of the Pokémon Mini game titles, and the one that really caught my attention the most….

Pokémon Race mini is, well, a game where you race… as Pikachu.

What particularly impressed me here was the incredible graphics and game play mechanics.

You are racing through platforming style levels, which seems like an uncommon race format.

And little details like each runner kicking up dust as they run, swimming, the use of verticality, and wall jumping.

It all feels pretty advanced for such a simplistic game.

But really… that’s kind of a good summary of everything about the Pokémon Mini that surprised me.

It’s all so simple, yet so beautiful in its retro perfection, and the games play really well for how basic they are.

That’s kind of the signs of a great game, in my opinion. Looks good. Fun. Effortless. Keeps you coming back. And that is exactly what the Pokémon Mini is.

Pokémon Race mini is a masterpiece in pixel art, and the game play is clean, smooth, and incredibly enjoyable.

And for that reason, I am giving Pokémon Race the number one spot in our list of the best Pokémon Mini games.

There seems to be a small community of homebrew developers who are trying new things on the often forgotten Pokémon Mini console.

There are simple titles like Cortex, PokeSnake, and SOKOmini that give something on par with the official releases.

But it’s games like Pokémon Psychic Seeds that show what is possible on the console, and perhaps would even take a number one spot were it an official release.

If you’re building your ROM collection to play some new games, add that to the list.

There are some games for the Pokémon Mini that were only released in Japan, and just are not quite playable for someone who does not read Japanese.

In fact, out of the ten official releases, only 4 were released in North America and 5 in Europe.

There have been unofficial English translations for some of these games.

So if you have a bit of know-how… you can patch your ROM files to give you fully translated versions of incredible games like Togepi no Daibouken (Togepi’s Great Adventure) or Pokémon Sodateyasan Mini (Pokémon Breeder mini).

Without the technical know-how… you’ll be locked out of those due to language barriers.

I was able to patch my copy of Togepi’s Great Adventure and it’s an insanely cool game.

The game play is kinda like Marble Madness and Super Monkey Ball, with a bit of The Legend of Zelda: Link’s Awakening style lore thrown in for good measure.

It also has some of the best music for the Pokémon Mini console.

I highly recommend this one if you can manage to endure the Japanese language or wanna figure out how to patch the game. 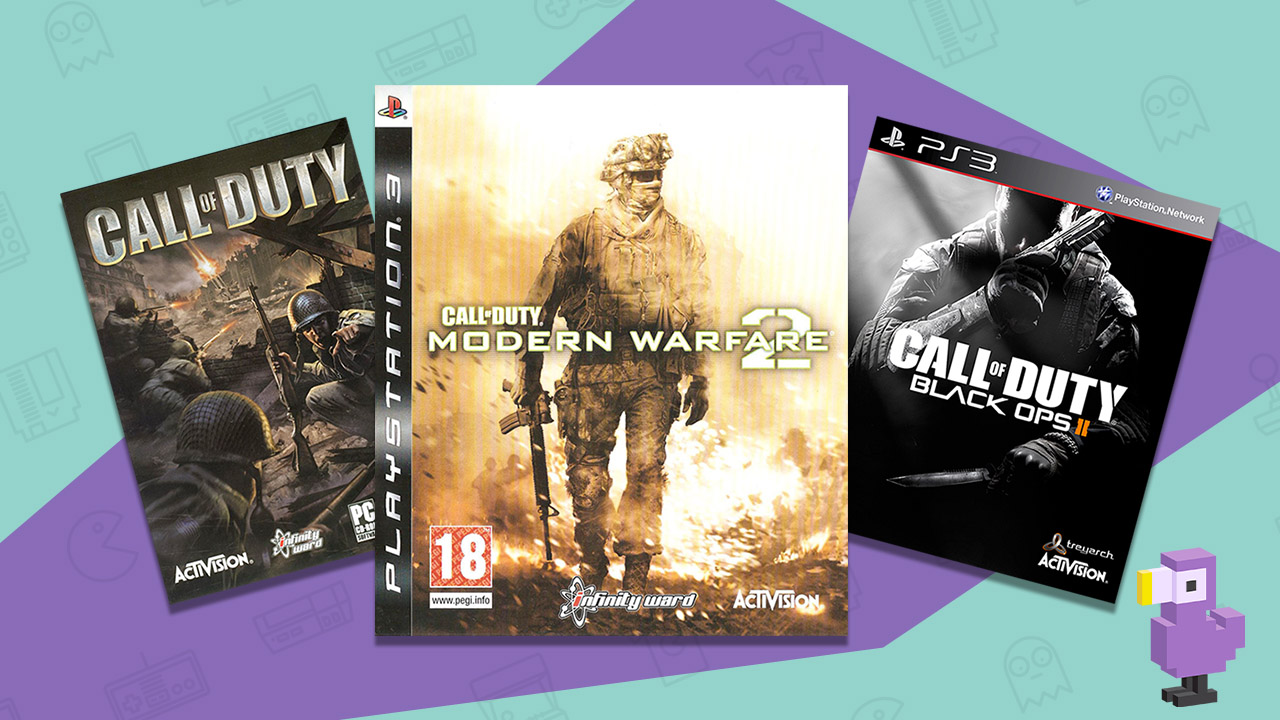 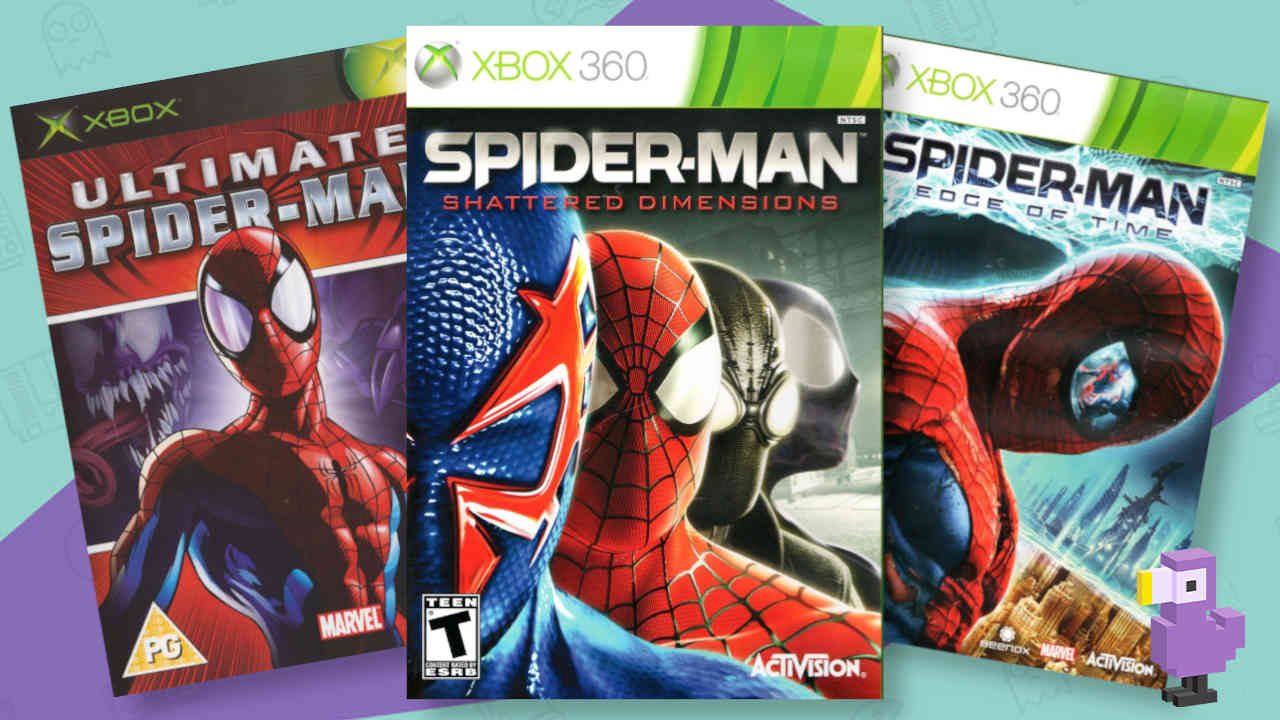 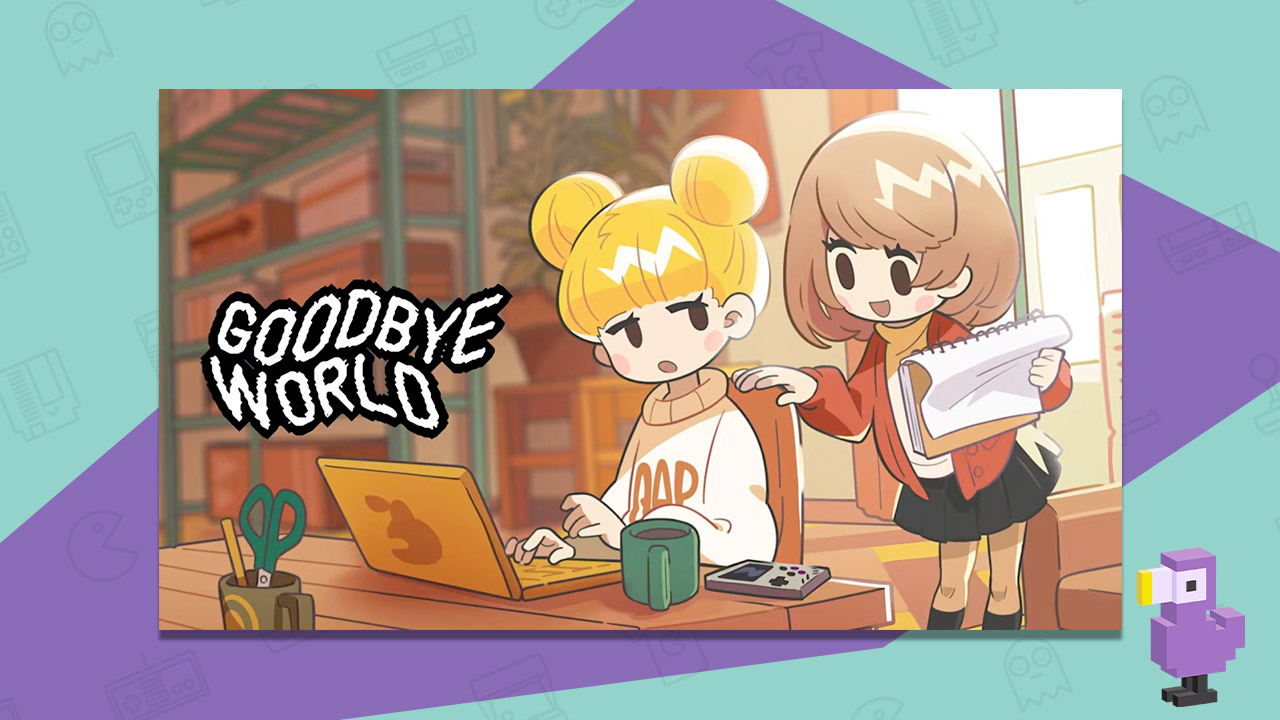 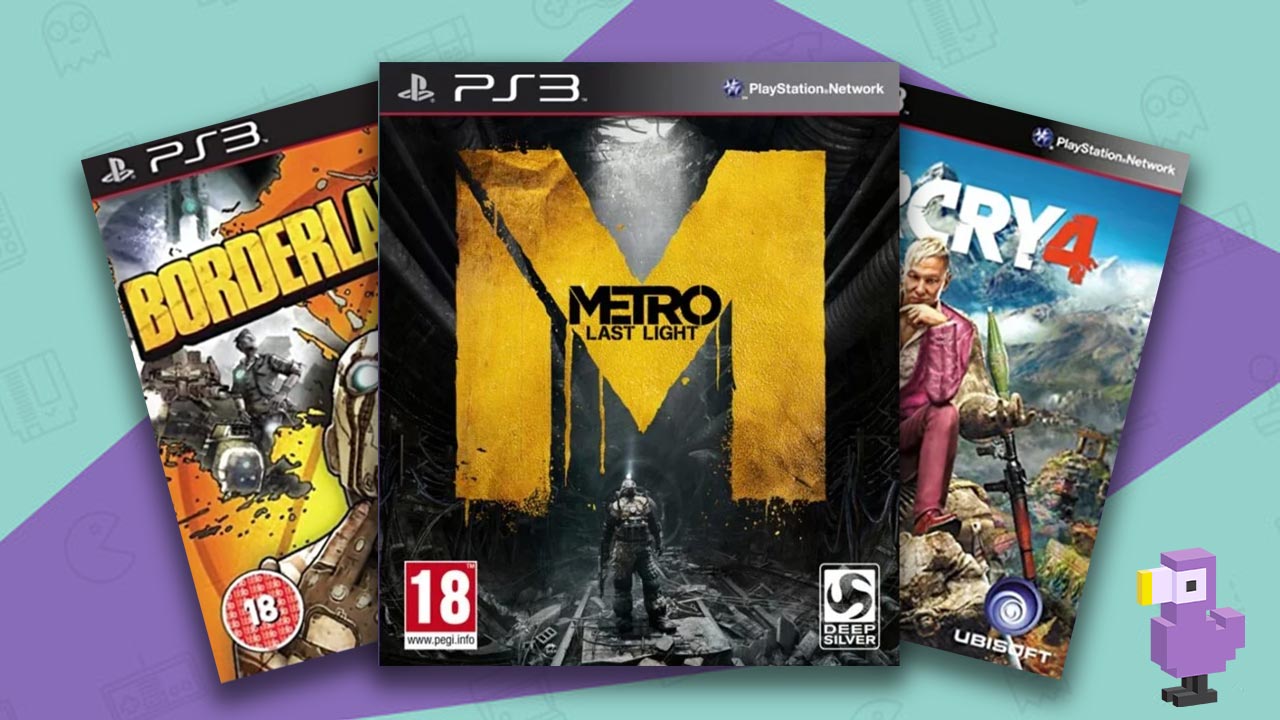 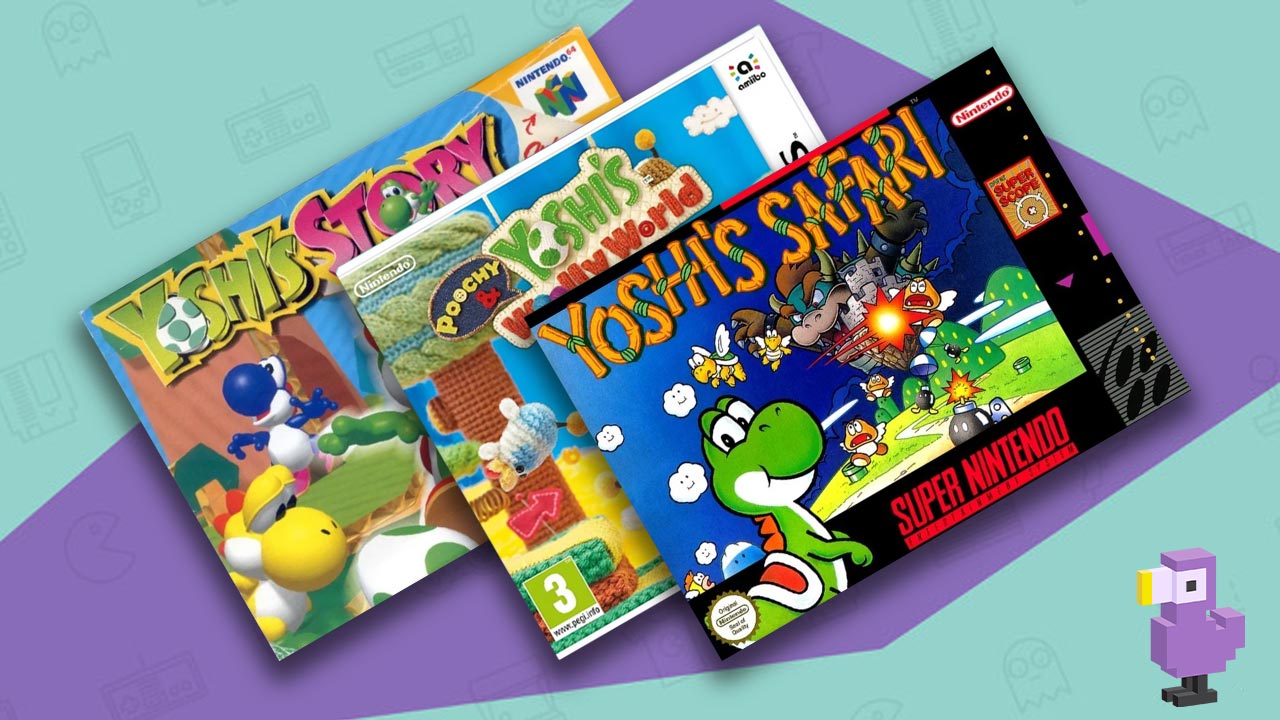 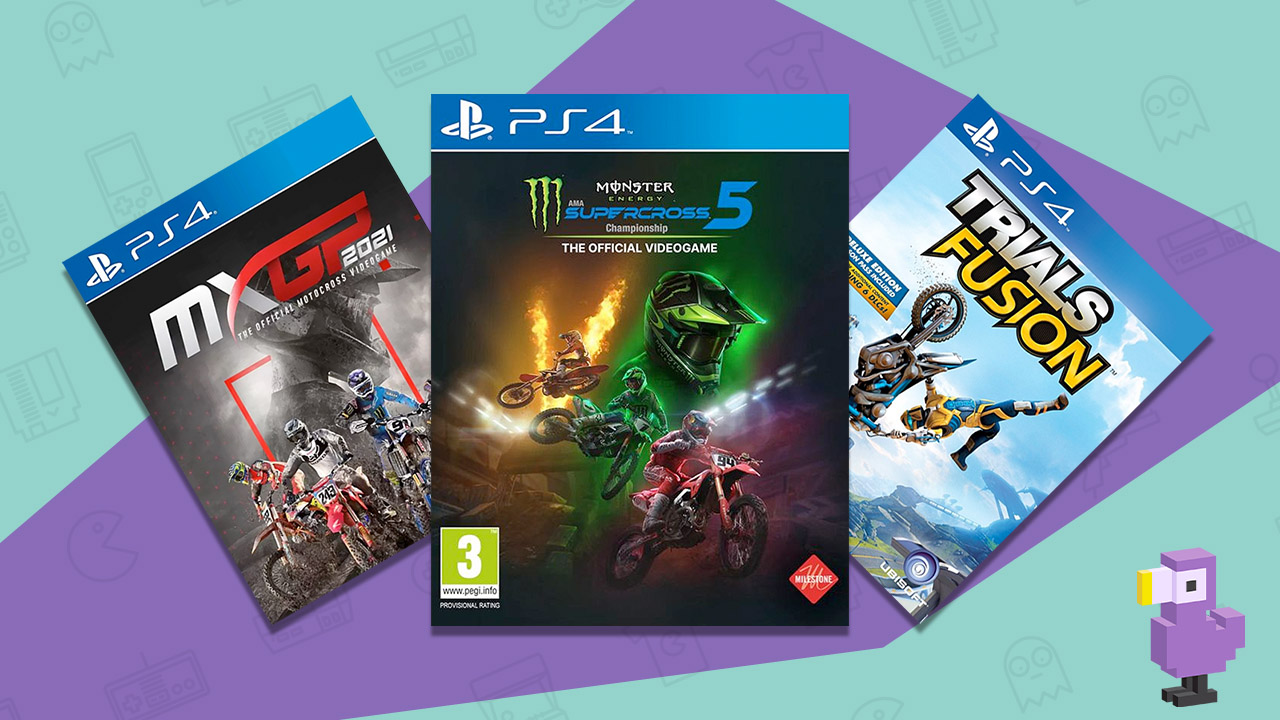