The AYN Odin handheld is a new handheld that’s ready to shake up the scene, and it’s about time!

Over the last few months there’s been a lack of new handhelds, we have the new GKD Mini in hand to review, but apart from that, there’s nothing to add to our best retro handhelds list as of late that comes under the $200 mark… until now.

YouTuber Taki Udon has been teasing the handheld for several weeks now, with more unofficial names being announced than I’ve had hot dinners!

But, it looks as if the company behind it known as AYN have revealed the official name of the handheld alongside some specs and an official Indiegogo page, ready for launch on August 19th.

The name of their new handheld is called the “AYN Odin Handheld” and it comes in a wide number of different colours and versions.

YouTuber Taki Udon kept revealing the price would be $199 after naming it the “199 handheld” for many weeks before this announcement, but since the Indiegogo campaign has been prepared, we can no see that the AYN Odin will be priced at $165 for the “lite” version (only 1000 available for early birds), $199 for the “base” version and $249 for the “pro” version.

These prices are very impressive, and at first I thought it was too good to be true, but it look as if the “199” rumour was true and the AYN Odin has been priced very competitively. The price will most likely increase slightly for retail, but not by much.

As you can tell from the specs above, this is going to be an impressive handheld for the price, nothing on the market really comes close to this apart from the Steam Deck, and even that is more expensive.

There’s some big differences between the Lite and Base versions. There’s a big power bump due to the different processors used, and you can upgrade for more RAM and more battery capicity between Base and Pro versions.

There’s no initial difference to the externals nor the display between versions. You do get a choice of difference colours including Atomic Purple and a SNES edition, oh and a slightly better speaker.

The bump in power makes the upgrade worth the money in my personal opinion, and if you get in early, it’s only a few bucks difference!

This kind of power can most likely emulate far beyond what typical budget handhelds can, for example it could be a possibility to see you play your best Gamecube games on here, and even the best PS2 emulators if configured correctly.

AYN has stated: “We built Odin to withstand extreme workloads over long periods by including the largest passive cooling heatsink ever used in an ARM device and a high-speed active cooling fan”.

The OS being used is Android 11 in the Lite and Android 10 on the Base/Pro versions. This confuses is slightly, but it’s most likely due to the processors used and what OS works well with that kind of power.

This will most likely be able to be upgraded once the team behind the handheld get’s over the mass orders. Or you could do it yourself and hope for the best!

AYN has come out with some official statements and images of the handheld which allows us to get a better sense of what this device is designed to do. The AYN Odin handheld looks to be similar sized to that of the Nintendo Switch Lite.

AYN has also stated: “There’s nothing worse than being pulled out of the game by using an uncomfortable device. We want Odin to provide an immersive gaming experience for our users, and that is why we included a best-in-class ergonomic grip for those longer gaming sessions.”

It looks as if they are trying to go for a comfortable, long lasting gaming experience within Android, specifically aimed at Android gamers and retro gamers who love to emulate.

Taking a closer look at the above image and early videos the AYN Odin Handheld seems to be a very attractive handheld. Ergonomics look perfect, the small LED’s behind the analogue sticks are unique and they’ve even added two extra trigger buttons on the back of the device to map to your needs.

Nothing on this handheld looks cluttered, everything has its place, and every button seems easy to get too without having to stretch or to sacrifice blocking a speaker grill.

The trigger buttons look soft, and are only slightly hanging off the edge of the Odin. AYN has also mentioned: “Odin can interface with many standard controllers over USB and Bluetooth, but we wanted it to be a standalone device for popular gaming applications. That is why we included a set of custom analog triggers, making this the first ARM-based device with full input coverage”.

Analog triggers in a sub $200 handheld? This is madness! It keeps getting better! Around the device you will find all of your standard ports such as HDMI Out, headphone jack, Micro SD ports, on/off, volume and more.

It’s definitely not a pocket friendly device, but targeted to be chucked in your bag for when you are travelling or to be ready available for coach gaming when your girlfriend is watching Too Hot To Handle on Netflix.

If all of the features we mentioned wasn’t enough, then you’ll be glad to hear AYN has also revealed a dock that allows you to sync to a TV/Display to play your games in a more immersive way. This dock admittedly, doesn’t look like the best quality dock around, but it will do.

It also has two USB Ports, HDMI Out and two Gamecube controller ports for those of you who like to play your retro games or your best GBA ROM hacks in a unique way.

This also hints to us that this can emulate Gamecube games flawlessly, and if that’s the case this is going to be an absolute steal for the price, especially when you can pair your custom Gamecube controllers.

Indiegogo backers will be pleased to know that they will get their handhelds in December 2021, which is a very quick turnaround compared to other Indiegogo campaigns in the gaming sector.

If they can pull this off for $199 I will be impressed, this handheld looks to be in a totally different league compared to that of the RG351M and even the rumoured RG552.

But obviously this could change, depending on how the manufacturing goes and if they don’t bump into the chip shortages which so many handheld businesses are seeing.

As previously mentioned on our Retrospect Podcast many technology and handheld manufacturers are being hit with a lack of chips being built because of the pandemic so normal retail buyers could be waiting as long as early 2022.

AYN will have to have a lot of stock to keep up with demand, because as soon as they let the foot of the peddle we’ll see another company want a piece of the pie. Heck, the Powkiddy X18S is due to drop any week now so they competition is already here!

What’s your thoughts on this handheld? Let us know over on Twitter @retro_dodo, we’d love to hear your thoughts! 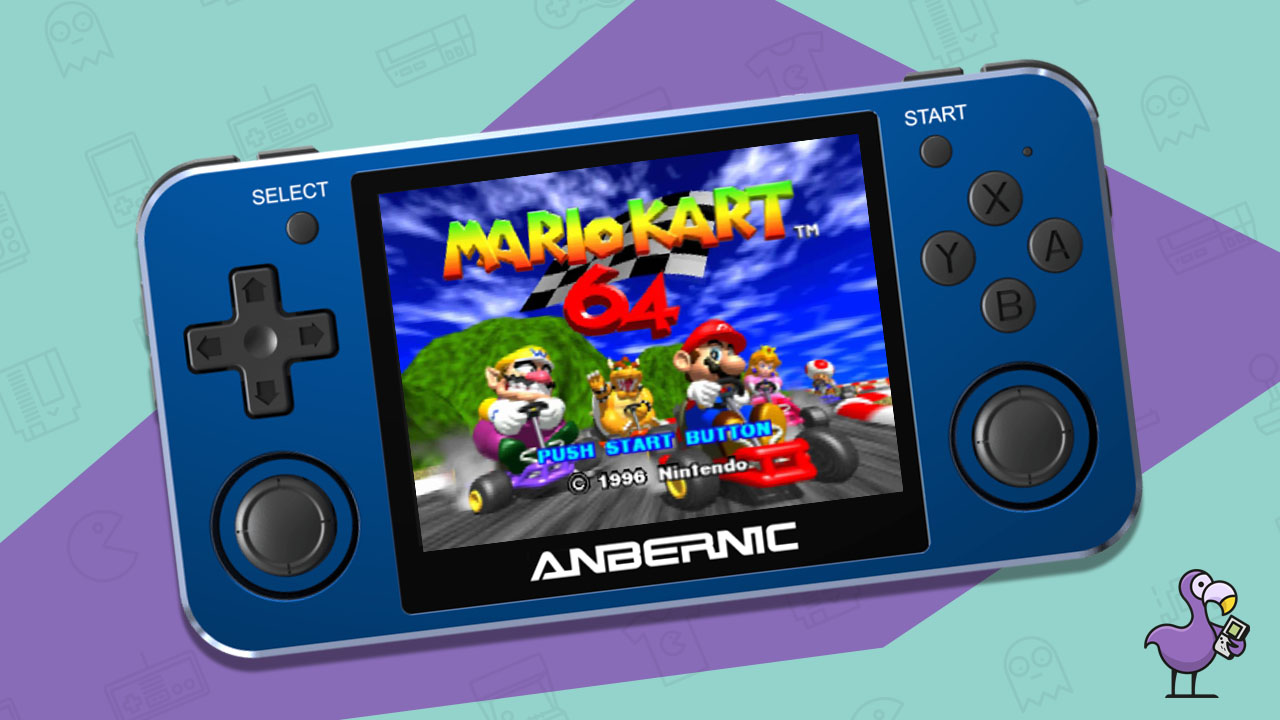 The New Powkiddy A20 is 2021’s Fake But Better Analogue Pocket?

Miyoo P60 Is Another Android Based Retro Handheld “Coming Soon”