Have you ever been curious about all Atari consoles & handhelds in order? You curious how their line of home and portable video game consoles evolved?

Though Atari didn’t technically make the very first video game console (that title goes to the the Magnavox Odyssey), it would be easy to consider them the first major home video game company.

The name “Atari” certainly became a mainstay in the video game market, and until Nintendo crashed onto the scene with their first home console in 1983, Atari was the king of home video gaming.

Following the success of Atari’s arcade cabinets, and before their lackluster home computer endeavors… Atari was in the perfect place and time to capitalize on the new home video game market.

Atari helped establish the success of the home video game market, and are forever on the Mount Rushmore of video gaming in general.

So let’s take a look at Atari’s awesome history and all of their entries in the home and portable game market.

Pong is a table tennis game created by Atari and originally released for arcades in 1972.

The game was inspired by a ping pong video game for the Magnavox Odyssey.

Pong is considered the first commercially successful video game and later helped establish the home video game market (thanks to both Atari and Magnavox).

And obviously, it made an appearance on our list of the 20 Best Arcade Games Of All Time.

Lucky for modern gamers, that monumental moment in the history of home video gaming was allowed to play out, and Pong went on to only grow in popularity (and clones).

To fully capitalize on the success of Pong in arcades, and as Atari’s first step into home video gaming… Atari’s Home Pong console released through Sears in 1975, right around the time Magnavox discontinued their Odyssey console.

Like the arcade release, the home Pong console was very successful in sales, and confirmed Atari’s suspicions that the world was ready for a true home video game console.

The Atari 2600 is one of the main entries to the first generation of home video game consoles.

It was officially released in September of 1977, and it was everything we came to know how consoles for: A relatively small hardware unit that connects to your home television, interchangeable game cartridges, and two controller peripherals.

The console was home to some of the most popular arcade style games of the era, including Space Invaders, Pacman, Asteroids, Centipede, and Frogger (to name just a few). Any of those sound familiar?

The Atari 2600 is easily one of the most game-changing milestones in the history of video games, and is still considered one of the best.

It scored pretty high on our list of the 25 Best 80s Toys Every 80s Kid Remembers.

The 2600 was titled the Atari Video Computer System (VCS) until the release of Atari’s follow up, the Atari 5200.

The lasting popularity of the 2600 also lead to the contemporary release of an Atari Flashback series of game consoles that feature built in games. The first iteration being an Atari 7800 based console, and the second being based on the 2600.

The Atari 5200 SuperSystem was Atari’s follow up to the original Atari Video Computer System, and was their upgraded home video console.

Like the 2600, the new 5200 console was an 8-bit system, and it featured an upgraded controller peripheral that featured many more buttons than the original console.

It also featured four controller ports, which was unusual at that time when two was the standard. Though, this feature would be eliminated in the second manufacturing of the 5200 in 1983.

Atari also experimented with several new controller peripherals at the time, including a rolling track ball style controller, like the controls used for the arcade version of Centipede.

In many ways, the 5200 was developed as a repurposed version of Atari’s personal home computer endeavor, the Atari 400 which was made to compete with the Commodore PET and Apple II but were slightly late in the home computer market.

The technology, however, would serve well as a home video game console.

Overall, it seemed a bit too late to market, and many complained about the new controller design (which actually just felt like a step down from the awesome joystick controller of the 2600).

Atari’s 5200 console was only on the market for about two years before the launch of their follow up, the 7800.

Though the console was not necessarily a commercial hit, there were still a ton of awesome games to be brought to the 5200 in its short-lived stay.

The Atari 7800 ProSystem took all of the success of the 2600 and all of the complaints about the 5200 and made Atari’s perfect 8-bit home game console.

The console was announced in May of 1984, but its release was delayed until May of 1986.

There were several roadblocks surrounding the release of the 7800, between lawsuits and the sale of Atari.

But none of that stopped the 7800 from stepping onto the scene and establishing itself as one of the best video game consoles of the generation.

Though sales could not nearly compete with Nintendo’s 80% marketshare, the 7800 was home to some of the best games of the early 1980s.

Check out our list of the 25 Best Atari 7800 Games Of All Time if you need further proof.

The 7800 is also almost entirely backwards compatible with the Atari 2600 game cartridges, something that was a failure in the Atari 5200 and was also a new concept in video game history.

While the 7800 was yet another of the first generation home game consoles that had a noticeably short life span, it was one of Atari’s best entries in their 8-bit line of consoles.

The Atari 7800 is one of the best 8-bit game consoles of all time, and we are happy to see it on this list of All Atari Consoles & Handhelds (it’s not like we are ranking em, so of course it will appear. But you know what we mean).

At the tail-end of the first generation of home video game consoles, Atari began to reach for straws as Nintendo absolutely dominated the market with their Nintendo Entertainment System.

Repackaging the 65XE home computer technology, Atari once again gave its consumers its leftovers in the hopes that they could turn a buck.

The console literally shipped in old Atari 400/800 packaging with a sticker on it to indicate that it contained the XEGS.

If you could look past those realities (and perhaps you wouldn’t have realized them at the time), what the XEGS actually was would be a slightly more capable entertainment unit that could play much of the previous 8-bit software.

And it also could support a wider range of peripherals including the XEGS keyboard, CX40 joystick, and XG-1 light gun.

They sold surprisingly well, as they represented a less intimidating home computer to most consumers at a time when personal home computers seemed like rocket science.

But the end of Atari’s 8-bit era was inevitable, and the XEGS console was at least a strong attempt to go out as strongly as possible.

An easily forgotten entry in the history of all Atari consoles, but an important one nonetheless.

The Atari Lynx is Atari’s first entry into the portable game market.

It was a hybrid 8-bit and 16-bit handheld game console released in September of 1989.

The Lynx was a surprisingly advanced console for the time, and had features that made it quite appealing over the main competition: The Nintendo Game Boy.

The Lynx was the worlds first color handheld game console, featured a backlit display, and had unique networking capabilities that allowed up to 15 units to compete against eachother (most games only supported up to eight).

The Atari Lynx is also credited as the first game console with the ability to zoom and distort sprite graphics.

And the design of the console was made to allow left and right handed game play by literally flipping the game console upside down (coming ten years before the WonderSwan, which also focused on flippable game play).

The Atari Lynx was a pretty cool device in the history of video gaming. And one of the best to appear on this list of all Atari consoles.

Following the moderate success of the Lynx, Atari launched the Lynx II in July of 1991.

The Lynx II was a smaller and lighter version of the original console, with many improvements made overall.

Improved performance, better battery life, a better screen (with backlighting that could be turned off to save on battery life), stereo sound, and a smaller pricetag.

So the Atari Lynx II is one of the examples of actual improvement made in an Atari console upgrade.

The Atari Jaguar is a home video game console in November of 1993.

The Jaguar featured two custom 32-bit processors, technically making it the world’s first 64-bit game console in an era of 16 and 32 bit consoles (though critics do not agree on the math used there).

Unfortunately, and we should probably see this coming, the technological advantages of the Jaguar did not save it from Atari’s usual roadblocks and shortcomings that have always seemed to get in their way.

Hardware bugs and poor third party support lead to poor sales and only 50 game titles to come to the system.

Of course, Atari also attempted to save the Jaguar from drowning with the release of the Atari Jaguar CD add-on in 1995, which introduced an additional 13 games and gave the console about another year of life before it was discontinued.

The failure of the Jaguar was seemingly the nail in the coffin for Atari’s home video console endeavors.

Atari’s history in the home video game market was rocky, to say the least. They started quite strong, and easily could be considered the reason home video gaming became a part of popular culture.

But the torch was passed to Nintendo and Sega, and they just never gave it back.

Atari VCS, aka the Ataribox, was a surprising contemporary entry in the home video game console market by Atari.

The VCS (the name taken from the original name of the Atari 2600) is a microconsole that allowed users to download and play games on a Linux-based operating system called AtariOS.

The console was a crowdfunded project, originally announced in 2017 and shipped to backers in 2020.

The contemporary VCS was made to play lower end PC games as well as preloaded classic Atari titles.

Hey… guess if it worked out? Haha. I feel like I’m repeating myself a lot in this respect. The Atari VCS was ultimately another failed attempt by Atari, and one we could have just avoided entirely.

But hey, even 25 years later, Atari is still hoping to undo some of that failure in their hardware history. Sadly for them, it just ain’t workin.

Though this list of all Atari consoles & handhelds in order features quite a lot of misses..

we would like to just remember the Atari 2600, the Atari 7800 and the Atari Lynx… and just forget the rest of the list. That way, we can see Atari as winners in the history of video gaming.

Sometimes, you gotta take risks to achieve great things. Atari is still swinging for the fences, even in modern times. We are all hoping to see them get one more win. 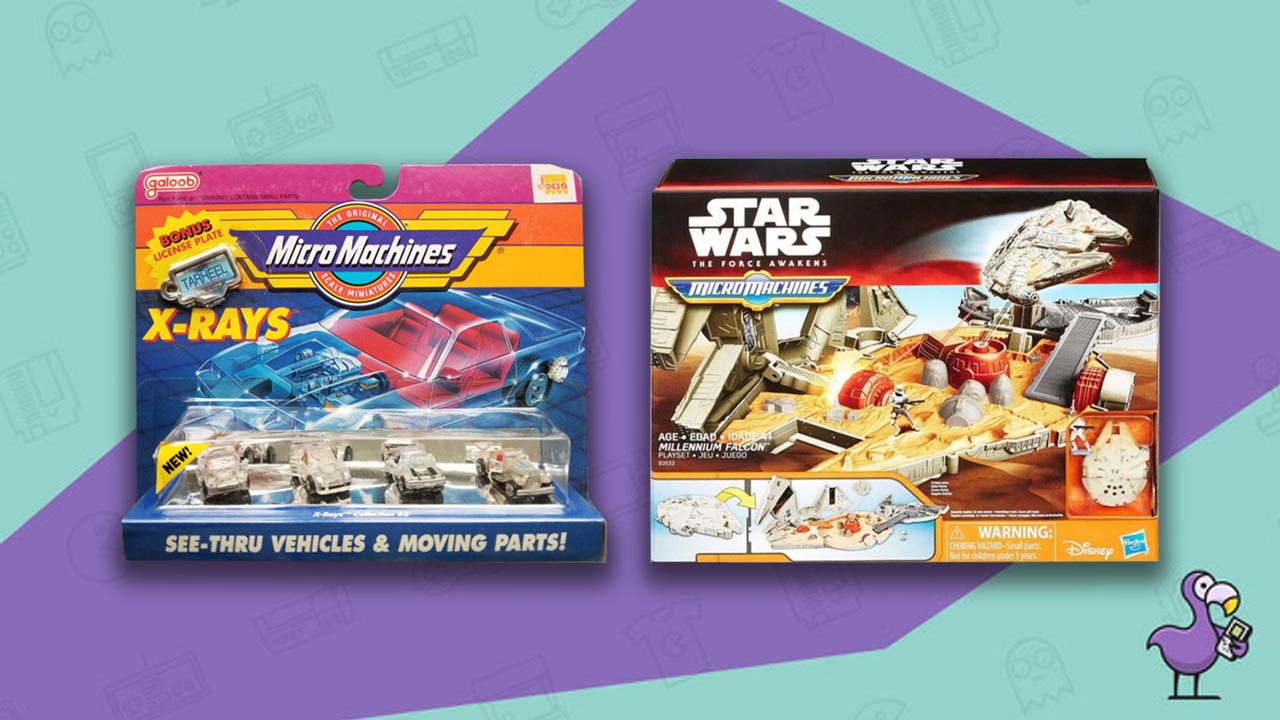 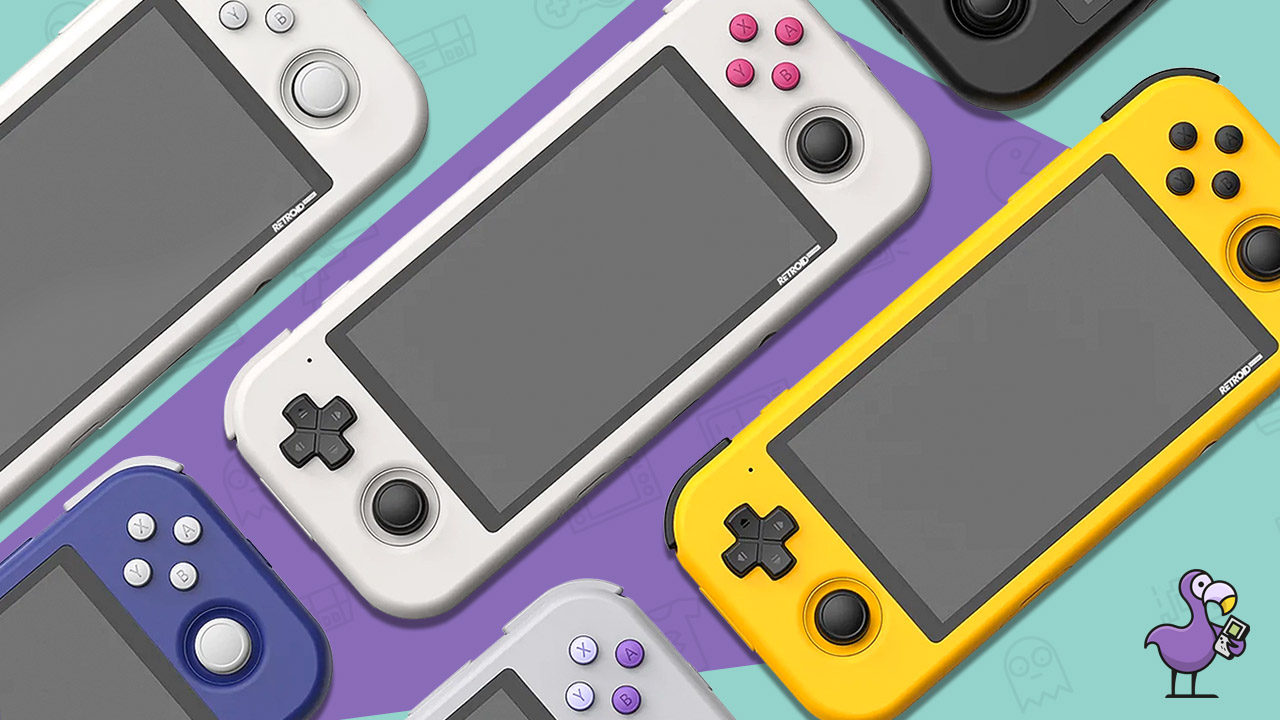 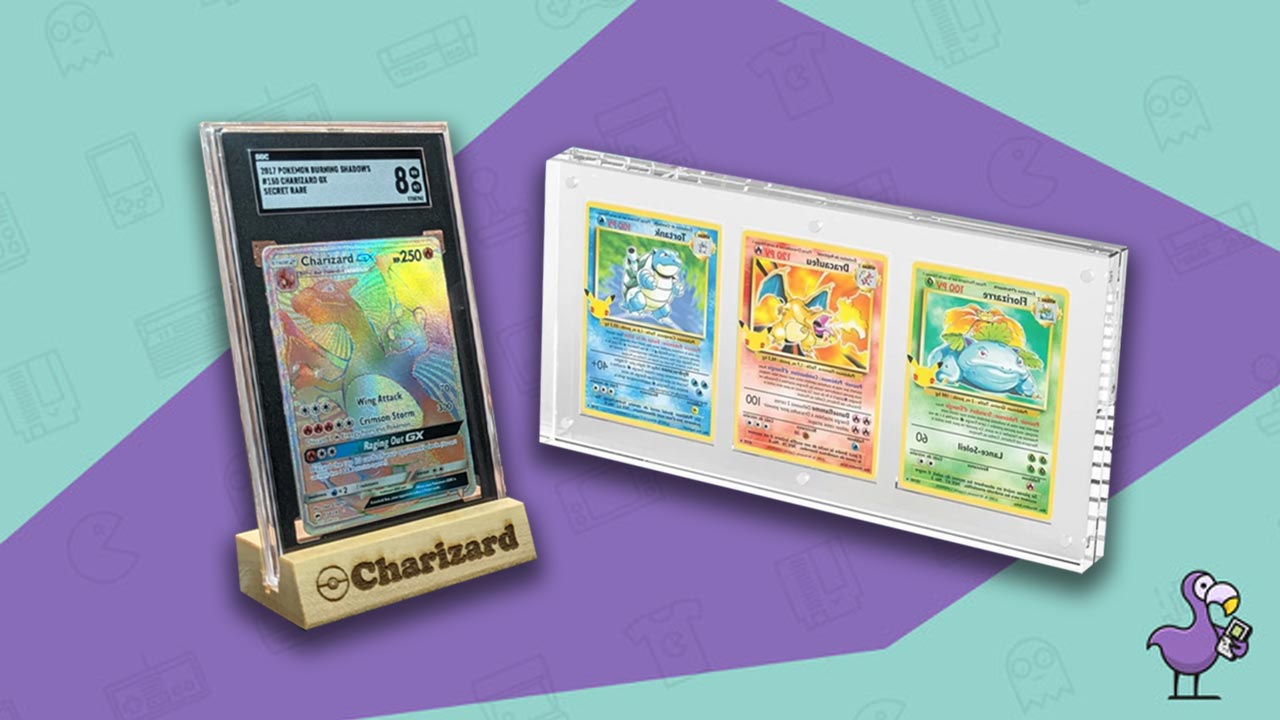 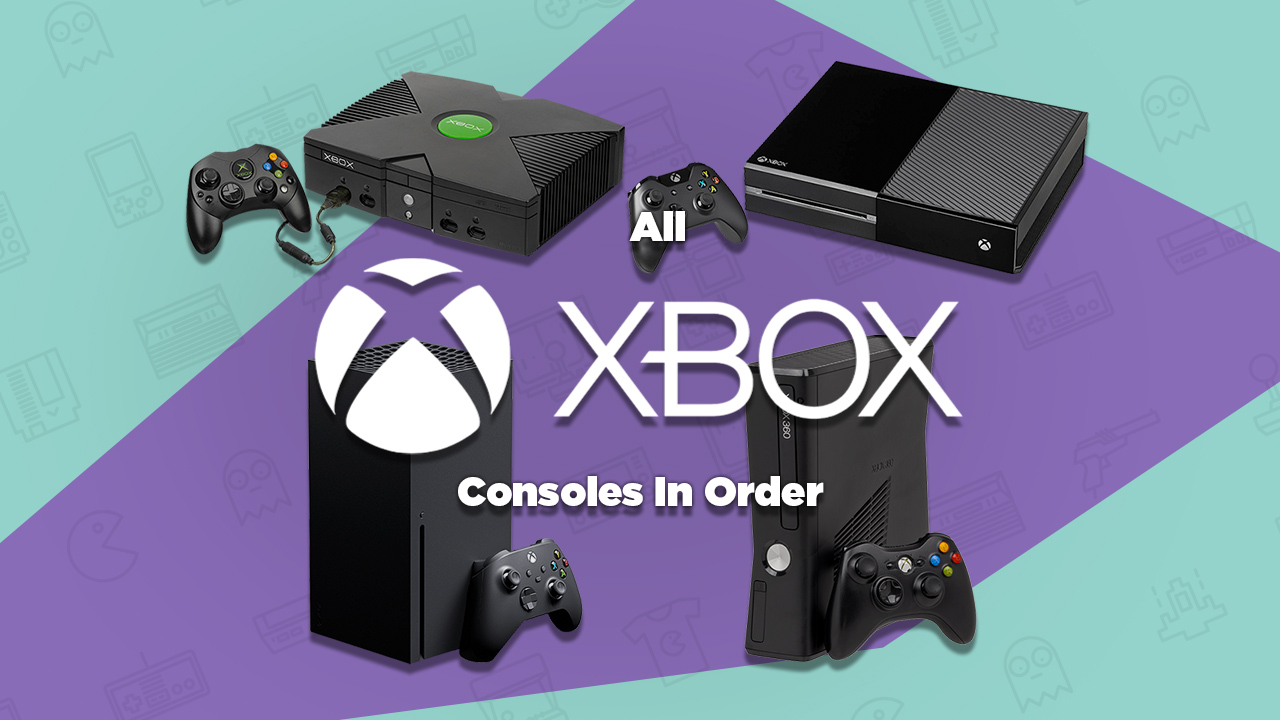 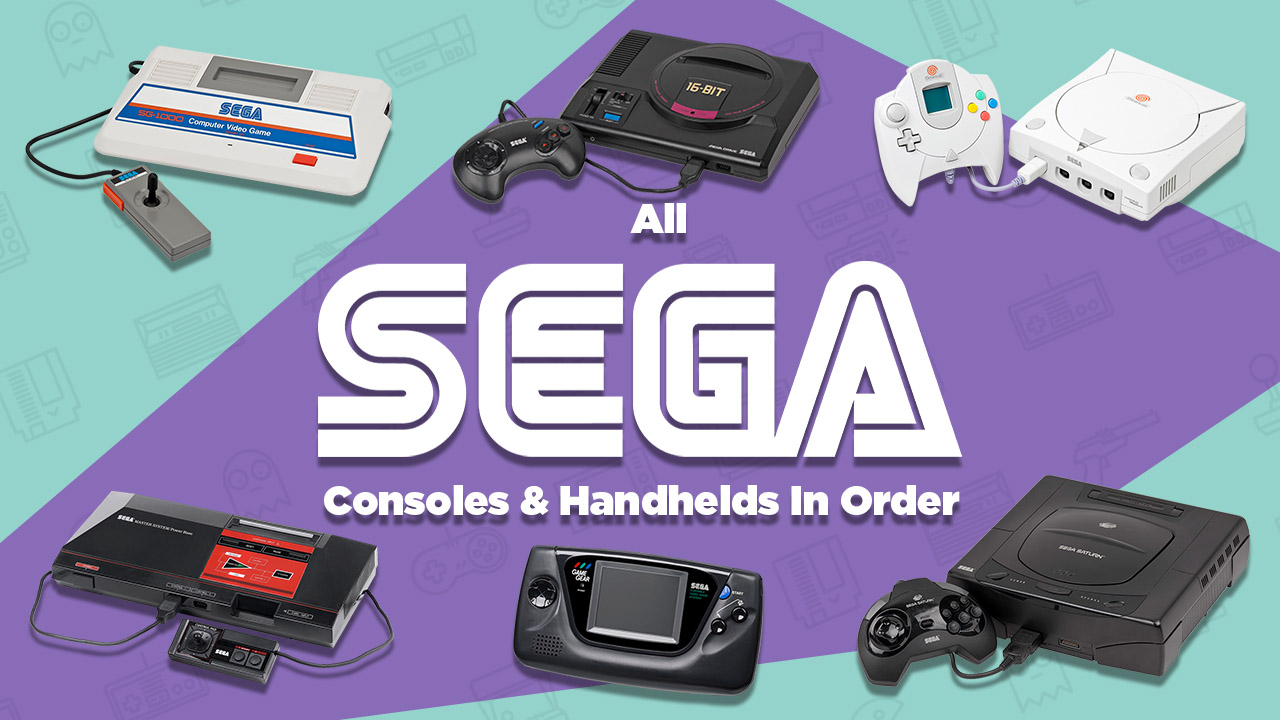 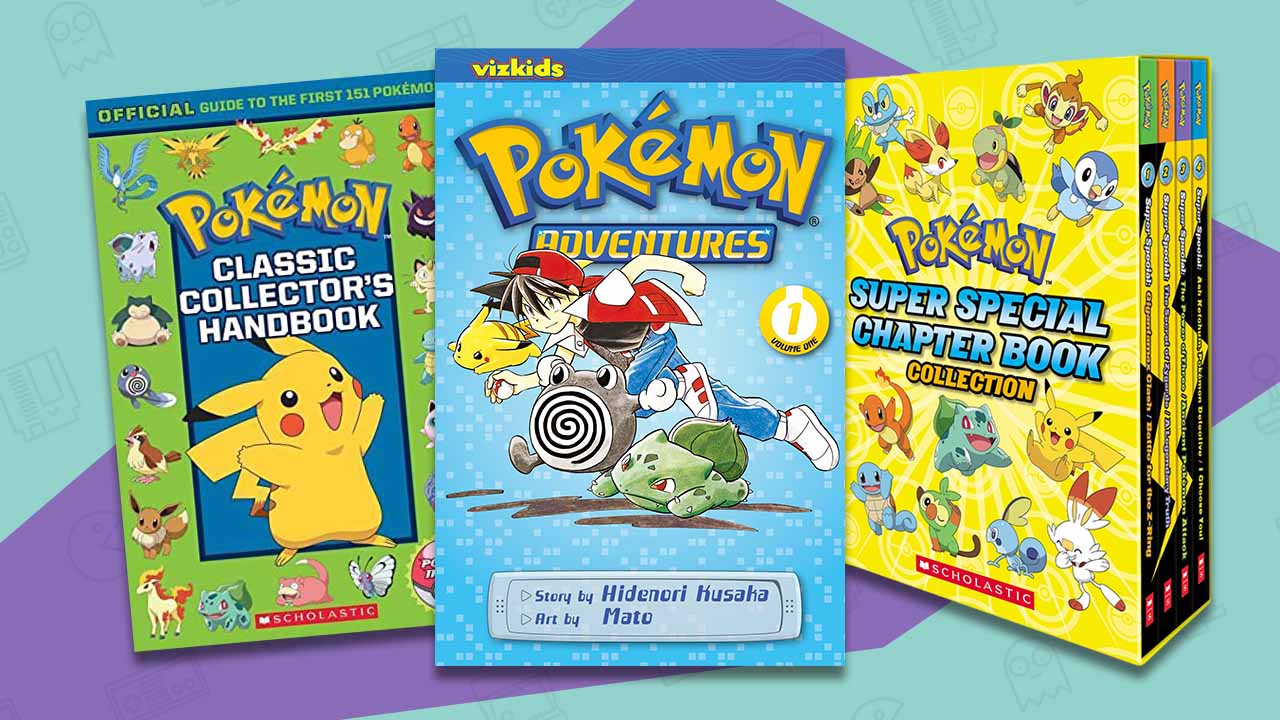