I never thought the day would come where I would be reviewing a handheld device that features a crank. That’s right, this handheld here is called the Playdate and it’s unique selling point is the fact that you use a crank to play the games installed on the device.

As mentioned in my unboxing, it feels like this handheld has been in the works for years, I remember the day it was first revealed in an Edge magazine back in early 2019, now three years later it has landed on my desk to review.

My first impressions after unboxing it were joyful. In the hand it feels incredibly well made, the bright yellow shell alongside the pocket friendly design gives it this adorable, cute aesthetic that I can’t help but love, it’s as if it belongs in a Toy Story movie.

It’s also incredibly thin coming in at just 9mm thin, which is similar to a pencil and far slimmer than many of the best retro handhelds on the market.. To go with the whole minimal look, there’s not that many buttons, only the essentials such as your DPAD, A, B, a sleep/wake button and finally your home button which gets you into the settings.

When you turn it on, some of you may be surprised as to what screen the team has chosen. It’s not back lit, nor is it front lit, this 2.7” screen is a 1-bit black and white super reflective screen, similar to what you’ll see on an e-reader.

This feature alone is what makes the device so unique, but at the same time, it’s what holds me back from taking the Playdate out with me and at times it’s the feature that stops me from playing it in the evenings.

All it needs is for me to think “oh i’m nowhere near a light source, or i’m on the wrong chair in my living room” for me to not bother playing on it.

At times this does make it annoying to play on and I do wish that the screen was backlit instead, but that aside the screen when perfectly visible is incredibly crisp, with distinctive contrast making games and levels easy to understand.

The plus side of having this screen is that the battery life lasts for a very long time, we see around 7 hours of gameplay from one charge, but the magic is when it’s in sleep mode.

Sleep mode will show a clock constantly, and even then the Playdate can sit there for almost 2 weeks on one charge, showing you the time with an always on screen. That’s pretty neat and something the Analogue Pocket won’t even do!

Now let’s take a look at the crank, as it’s one of the most unique ways to play video games on a handheld. The crank is what grabs gamers attention, and it’s what allows you to jump into games using a very new movement, far different compared to the simply press of buttons that we are used to.

The quality of the crank should also be mentioned, it’s made from small blocks of metal and in now way does it feel stiff, it has this very fluid motion and there’s literally zero tension to it when playing games making it incredibly easy to use.

At first I was worried that I would snap it off, but it’s almost impossible to do so due to the sheer quality of the materials used on the crank, even the plastic tip spins with you, giving it a natural movement. It also folds down and packs itself away so that it doesn’t catch on your pocket or bag when transporting it.

Overall in terms of aesthetics the Playdate is very pleasing to look at, it’s portable, slim, sleek, modern and impressively lightweight.

It’s going to fit well on my display shelf next to the Retroid Pocket 2+ that’s for sure.

Is The Playdate Comfortable?

But one issue I have when playing with the Playdate is comfortability. I have played on this for hours on end, and one thing that keeps popping up, is how uncomfortable my thumb gets on games that excessively use the crank.

First of all I have to find a place where I can reflect light off the screen, then when I pull out the crank, I find myself in this awkward position where I get confused on where to place my  left thumb in order to grip the handheld effectively without me pushing it out of my hand with the excessive cranking.

Hopefully this clip gives you an idea, and you can see that my left thumb is incredibly tense and trying to maintain control of the handheld without the screen shaking uncontrolably, it’s fine for 10 minutes or so, but any more than that and my thumb starts to ache.

Now i’ll be honest there’s only a handful of games that make you spin the crank at high speeds, so this won’t be an issue for everyone, but unfortunately for me my favourite games on the device are the ones that use the crank a lot. Most games use a hybrid of crank and action buttons.

Let’s talk about the games, because it really brings the handheld to life. On release Panic will be releasing two games a week for 12 weeks, and lucky for me i’ve had a chance to test them all, and I can immediately tell a lot of work has gone into crafting each one of these games.

The indie developers involved have done an incredible job and there’s a wide number of games to choose from. For example, my favourite one is a game called Flipper Lifter, a simple game that gets you to take penguins to the correct level of the hotel, using the crank to go up and down.

It’s simple, a lot of fun, and a great use of the crank, especially when you’re racing against the time and things get a little stressful.

My second favourite game is whitewater wipeout, a game that’s in our best ATARI Lynx games. This is a surfing game that uses the crank to control the direction of the surfer and allows you to spin the crank to do some sweet moves.

Again, it’s simple, time consuming and there’s a huge skill gap that when hit gives you an awesome sense of achievement and allows you to put hours into it without feeling bored.

Another game I enjoy is Executive Golf, an easy to understand golf game that gets you to hit your ball all the way to the next elevator, through office space allowing you to unlock special hits and power ups. It’s a great use of the crank.

The PlayDate is jam packed with different types of games. From fast paced games that get you sweating, to story based games with incredible graphics to chilled out golf games that you can play for a few minutes and put it back in your pocket to play where you left off later.

Also this sense of new games unlocking as the weeks go by is interesting, it almost feels like a battle pass, but completely free. This gives you a chance to explore each game without being overwhelmed when new games are automatically dropped in your library every week through WiFi.

However, I do wish there was a fishing game, the crank would have been perfect for a cosey fishing game, but unfortunately it’s not one I can see in the first season, but maybe in the next season, who knows!

An Open-Source Handheld For Everyone

Because the PlayDate is open source gamers and indie developers can make their own games for this handheld, and PlayDate have even gone as far as making this software free for every customer, allowing newcomers to the handheld scene to get their hands dirty in game development. This was a great shout for Panic, and it’s why its hard to hate this device, everything it stands for is good, and you can tell a lot of hard work has gone into this to make it accessible to everyone.

Because the team is so small, and the device so unique it costs Panic almost $100 to make one single PlayDate, and that’s not taking in the marketing, development and all of the other areas that are required to run a business like this.

$179 for this handheld does sound expensive, and I couldn’t agree more, but I can appreciate that the Panic team have priced this as cheap as they can to keep their business afloat. To create a handheld from scratch, with a whole new team in an age where there’s chip shortages, complications with shipping and a constant recession is insanely impressive and to this standard… just wow, they’ve nailed it.

Is it perfect? No, absolutely not. It’s an incredibly niche handheld, and it’s not a handheld we can recommend for everyone. This handheld is targeting gaming enthusiasts who love to explore new ways to play games.

This is by far one of the most unique ways I have play video games on the go. The screen is annoying, and I wish it was back lit, I wish it was more comfortable and I wish it was cheaper but do I love it and will I be playing on it for years to come and waiting in excitement for new games to be dropped into my library… yes, absolutely.

I love the PlayDate, that may be the handheld collector in me but I really think this device is doing great things for the handheld industry and it goes to show there’s still companies out their innovating and building awesome products for us to consume when it feels like the world around us is crumbling.

It’s a pick up and play handheld that sparks joy to its users everytime the pick it up. The simple UI, easy to understand games and fluid controls is what makes this one of the easiest consoles to play on when you’re taking a break from work, on a bus, or in a park with friends.

But just remember, you will always need a light source to play this. No light, no play, and because of that it will annoy you at times, but that flaw in itself is what makes it a magical time to play on when you do have light. 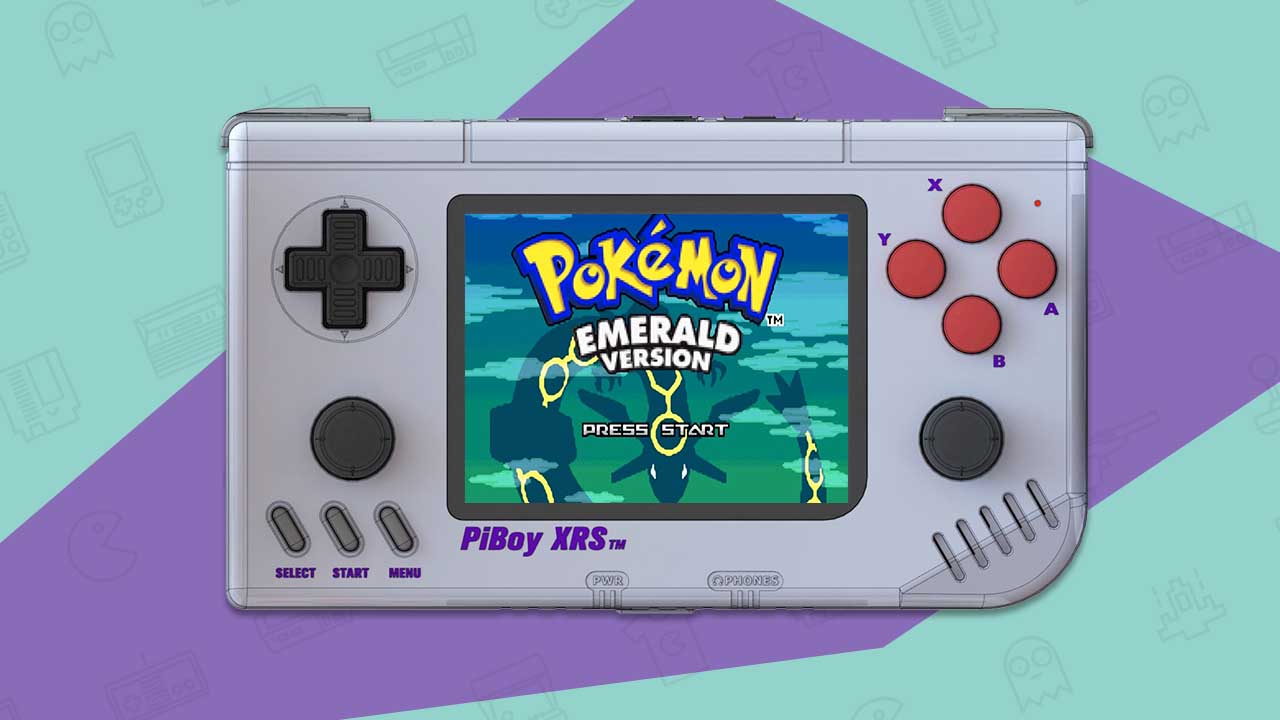