We could easily spend hours going back and forth over where to assign skills, the best team combos, weapon skins, and so much more. There’s just so much to cover!

So, we thought, why not simplify everything for those who come next? That way, you can hit the ground running before the ship’s engine is cold. We know, we’re very nice like that.

If you’re lucky enough to just be setting off on your first Mario Rabbids adventure, this article is going to become your Bible. Okay, so maybe not as important as our Sparks of Hope tactical battle guide, but this runs a close second.

We’ll give you the low-down on each of our nine heroes, AND give you some hot tips on how to use their signature moves to your advantage.

Are you ready? Then let’s-a-go!

The OG, the original, the number one –  Mario is everyone’s first playable character when starting out.

Versatile, slick with a gun (oh yeah, Mario’s packing now), and a moustache that just won’t quit, Mario is the all-rounder of the group. Seriously, that’s his hero type. This means he’s generally a safe option for every battle you’ll face, bar the ones where Beep-O chooses your team for you.

His weapon of choice is the Dual Slingers. These sweet looking firearms pack a punch, able to fire not one but two projectiles at the same time, making them ideal for hitting multiple targets.

Alongside his quickdraw, Mario has the Hero Sight technique. Sending out a pulsating ring of red lights, this is a move that will target any enemies foolish enough to step into Mario’s line of sight. It’s a brilliant Ace in the hole if an enemy is already too close for comfort, but you can’t fire your weapons.

We’d definitely recommend levelling up Hero Sight whenever you bag yourself a skills prism. Not sure how? That’s okay, we’ve got a handy how to level up skills article ready to go.

Mario might get the most attention, but anyone ignoring Luigi’s skill is sorely missing out. This Mario brother has got a lot to offer, especially on the battlefield. If you utilise his skills properly.

You see, Luigi is a sneak attacker. This means he functions best when operating from a distance, ideally out of harm’s way, a feat easier said than done depending on your difficulty setting.

To keep him trained on the enemies no matter his location, Luigi wields a bow called Sharpshooter in Sparks of Hope. Very Robin Hood-esque.

Unlike Mario’s Dual Slingers, Sharpshooter only fires one projectile at a time. Still, the bonus of this is that the weapon does greater damage the farther away Luigi is when he takes aim.

If you partner it with his Steely Stare technique, no enemy stands a chance.

However, we’d be remiss if we didn’t point out that Steely Stare is incredibly similar to Hero Sight; it’s a great move, but can feel same-y if you’re using both brothers.

After decades of being the damsel in distress, Princess Peach has had enough! The woman is not to be messed with, having crowned herself the protector of the group.

Don’t be fooled into thinking this means healer. It doesn’t. Princess Peach is all about offering additional protection when you need it most – if you need quick aid, you need the other (Rabbid) Peach.

In Sparks of Hope, Princess Peach has adapted her signature pink umbrella into the Boom-Brella. And my God, we love it!

This weapon is easily one of the best in the game, able to cover a wide radius if levelled up enough. Though, be warned, this brolly deals its best damage at close range.

As for her specialist ability, Princess Peach has the Team Barrier technique. A highly useful move that offers a protective barrier to all within its range. It has saved my butt more times than I can count.

If Mario’s let you down by taking up shooting, Rabbid Mario is going to win you over in no time. This little dude is all about brawling, hence the brawler hero type.

The Dukes are specifically for close range combat, able to hit not once, not twice, but three times in a single action. It’s powerful, and damn is it effective. Its target range is large to begin with, so imagine the power behind them once you’ve levelled them up; it’s a sight to behold.

Rabbid Mario hardly ever lets us down, but if his move doesn’t land as forceable as you’d like, the Counter Blow technique will.

Just like Hero Sight and Steely Gaze, Counter Blow kicks into action if anyone dares to attack our bunny-eared hero.

We feel bad writing this, but Rabbid Luigi is a pest. No, really, that’s his hero type.

There to niggle away at the enemy as frustrating as a fly you can’t quite locate, Luigi’s Rabbid doppelganger will whittle them down in quick succession.

His is a two pronged attack: there’s his Discruptor weapon, a glorified frisbee that can hit three consecutively, and his Exhaust technique.

Exhaust is unique in that it weakens any weapons or special effects that battlefield enemies try to use. They won’t cease to work entirely, but they’ll be less effective.

As handy as this is, we want to admit right here and now that we rarely use Rabbid Luigi. We have nothing against him, just a lot of the other heroes produce better results on the battlefield.

Princess Peach may be royalty, but Rabbid Peach is a queen in her own right.

Over your drama, glued to her phone, and exceptionally good at healing, this is one girl you’ll want to keep on your team. We can’t overstate how much we love this social media savvy cutie.

Acting as the combat healer of the group, she will soothe and save you from the jaws of peril. And make a witty quip while she does it.

Her weapon of choice is the Triple-Troll, a rocket launcher that can fire three projectiles at a time in an upward motion – it’s amazing for hitting enemies in full cover.

On the flip side to the damage she can do, Rabbid Peach’s Heal technique is a salve that remedies all wounds, provided other heroes are within range.

We’ve not entered a battle without her yet.

The resident nap princess, Rabbid Rosalina is a dream to team up with on the battlefield.

She doesn’t deal enormous amounts of damage, but her Ennui technique is one of the best in the game. It holds all enemies in range in a form of status; they can’t move, target, or anything else evil they might be planning.

No wonder they call her the demotivator.

When she isn’t sleepily picking off enemies one by one, Rabbid Rosalina uses the Kaboomer in Sparks of Hope. Shaped to look like one of the Sparks, it’s a cute plush toy that fires multiple projectiles.

Cute but deadly. What more could you ask for?

The name alone should indicate just how cool this Rabbid is. To the point that it’s almost annoying to have to deal with anyone not as cool as her.

Badass by name, badass by nature, Edge uses the Flying Blade to execute all who stand in her way.

There’s the essence of a Samurai about her. Even more so when she uses her Stormblade technique, a silent move that can deal as much as 140% damage if anyone is in range.

No wonder they call her the blade master.

Given both her weapon and technique, Edge is adept at both close and distanced combat. However, in our playthroughs of Mario Rabbids, we’ve found close range is a more efficient use of her skills.

Pair her with Rabbid Mario and you’ll have a duo ready to take on the world – Cursa doesn’t stand a chance!

Yes, you read it right – Bowser is joining the team in Mario Rabbids.

Before you get overexcited, it’s worth noting you don’t get him until you visit Palette Prime, the third planet of the main story. Nevertheless, once he joins you, he’s a great addition of muscle for the team.

His role is overseer. Bowser using minions to do his bidding; these little robotic slaves march off in all directions to lie in wait for the next unsuspecting enemy. This is his specialist skill. Rabbid Mechakoopas is one of my favourites to use, both for impact and because his minions are cute as heck!

And if that wasn’t enough, the fire-breathing Koopa King has a monstrous weapon called Bowzooka.

The name could do with some work, but its explosive ammo is spot on. Ideally used for close range fighting, it can target a lot of enemies in one swift application, even if they’re in partial cover.

Talk about a lot of info to get through, that was a killer!

But despite being a whopper of a guide, it’s one that is incredibly useful, even if we do say so ourselves. If you don’t use it more than once, we’ll be amazed.

We’d suggest a round of Mario Kart to decompress, but that game is more stressful than this one.

What about an article about the best Mario Kart characters? It’s easy to read, gentle on the fingers, and will help you brush up on your Mario knowledge; it’s a win-win.

5 Best Pokemon Emulators For Android In 2022 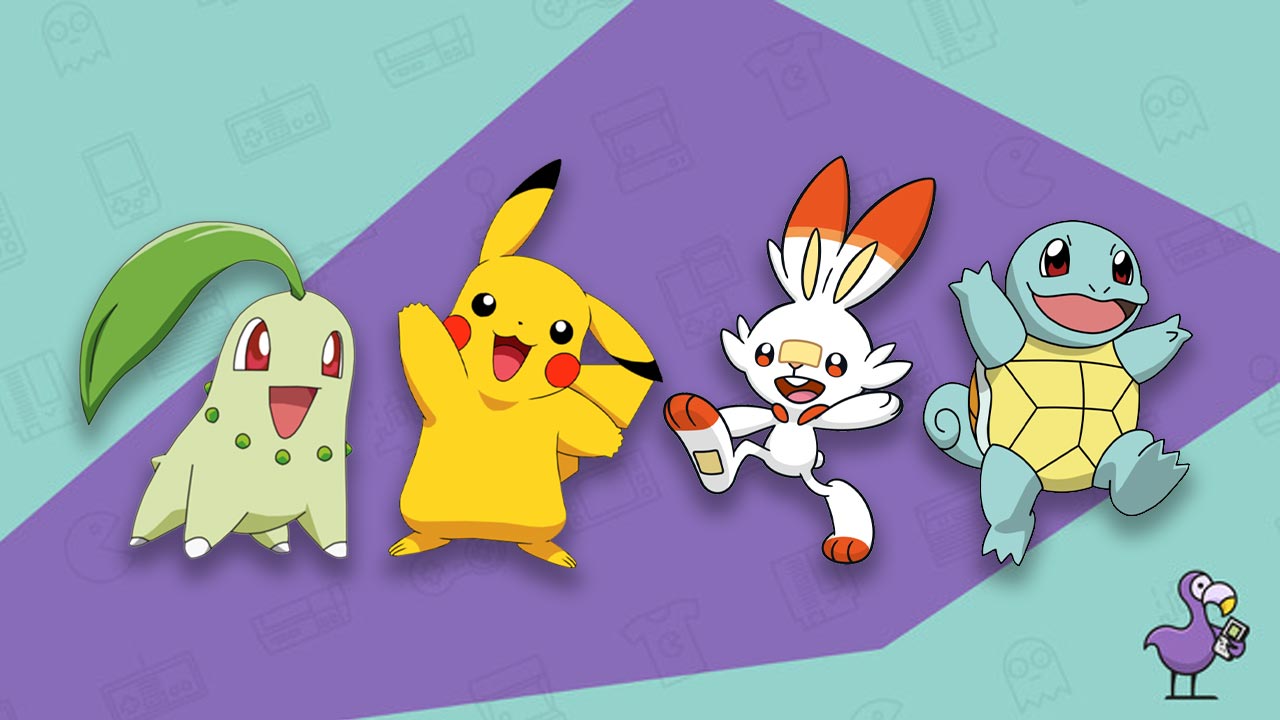