Retro gaming excitement levels over the PS2 Mini are hitting fever-pitch, and with the recent success of other classic mini consoles from Nintendo and SEGA, it won’t be long until we finally see them on shop shelves. We’ve already had our first little taster of nostalgic Sony gaming with the release of the PS1 classic, but unfortunately (and it pains me to say this), it didn’t quite live up to the same hype surrounding the N64 Mini and the GameCube Mini.

This might be a little hard for Solid Snake and Spyro fans to swallow, but the truth is that the PS1 Classic was what I would refer to as ‘below par’. Unlike the SEGA Mega Drive Mini that recreates classic ‘blast-from-the-past’ titles flawlessly, the PS1 classic had software issues that should have been dealt with way before release, especially considering the higher retail price. Which is why we at Retro Dodo are more than ready for the release of the PS2 Mini, undoubtedly one of the most hotly anticipated consoles of the new decade.

I remember the very first time I saw and played on the PS2; Boxing day, 2000. Imagine you’re me, walking into your Italian cousin’s house to play some PlayStation. Then imagine my surprise when I discovered that the old grey box had gone and a new sleek black console was literally standing in its place. This was the first console I had seen that could be housed either horizontally or vertically, and if you didn’t get excited by the fact that you could move the little PlayStation logo to match your consoles position, then you might want to double-check that you’re actually human. Over 3’800 games later, the PS2 is still a sought after console and spent a whopping 12 years hurtling off production lines!

With Sony’s mysterious absence from E3 2019, many are waiting eagerly for a humongous product release and mic drop moment from the gaming giants. Sure, the PS5 is on the way, but I think that they’ve definitely got some extra surprises up their sleeves. We’re all incredibly excited about the prospect of the PS2 Mini, which is why we’ve made a list of everything that we and the internet-at-large are expecting, wishing, and hoping for from the new classic console.

As with all of the other players in the classic console series, the main question that you need to ask when anticipating a new release is ‘how can this console be improved’? Sure, it’s great to play all of your favourite titles in one place (and we’ll be getting onto possible game choices in a minute), but console revivals are a chance to implement new and exciting features into the machines of yesteryear.

The first thing that springs to mind with the PS2 Mini is the size; how can this thing get any smaller! I always thought that the PS2 was a slimline console, but when the PS2 Slim came out and threated to beat Death’s scythe-blade as the winner of the ‘worlds thinnest thing ever’ award, I was blown away. Not only could it do all of the stuff that it’s bloated brother could do, but it didn’t catch as much dust and managed to slide into my dad’s TV cabinet. RESULT!

So, what are we thinking, readers? Well, the PS2 was quite a long console, and in a world where the latest and greatest Nintendo Switch Lite Accessories are all promoting compact gameplay, I think that Sony should consider halving the size of the console and producing something more along the lines of an Apple Mac Mini. While we’re at it, why not add a GameCube style flip-up screen and a USB C charging option into the equation? I could totally see myself cracking that bundle out alongside one of the best power banks on the market while travelling on a long train journey or even in the garden on a sunny day. If you strapped a bit of rope to it, I’d even try having a bash at playing Final Fantasy while out walking the dog! Maybe we could see the PS2 mini become even thinner than the PS2 Slim too. Perhaps we’ll be hooking our TV’s up to something more the size of an iPhone 7 Plus (no surprises as to which phone I’m still rocking and using for inspiration here). The possibilities are endless, and our wish list of features has only just begun.

Gamers want to be able to download new games without having to put on pants and walk to the shops (rightly so!), which is why online downloads would be a great addition to the PS2 Mini. PlayStation consoles are also synonymous with online play; being able to play GTA or Medal of Honour with your mates in another country would be pretty special, and having WiFi connectivity would make this new console even more spectacular. Some of the original PS2 games had online functionality, but nowhere near as many as some of the latest and greatest PS4 titles that we can’t get enough of today. Give me Jak & Daxter downloadable extras and content and all will be well.

Show Me Some Controllers

The PS2 of old worked with the DualShock controllers from the original PlayStation, or you could use the newer, fancier controllers that came with the console. There’s just one problem that doesn’t fit in with modern-day gaming though; both of these options use wires! We need wireless controllers on the PS2 Mini; that would help to heal the problems with the PS1 Classic and make the whole cock-up nothing more than water under the bridge. I wouldn’t go as far as to suggest that we might see a touchpad appearing on the remote, but wireless rumble play would make reliving some your favourite Burnout 3 drag races even better! Also, shockproof controllers that don’t break when you throw them against a wall would be greatly appreciated. And no, I don’t have an anger problem; I’m just asking for a friend…

I’ve said it before, and I’ll say it again; Classic Mini consoles are the perfect excuse to upscale our favourite games and turn classic titles into HD masterpieces. The PS2 used a 150MHz, 32RDRAM and 4eDRAM, showing games at a resolution of 480p. With an HDMI output and the necessary upscaling device built-in, the PS2 Mini might be able to play games at 720p. That would make revisiting Metal Gear Solid on a WideScreen TV feel much more pleasant and less like someone forcibly pushing digital pins into your eyes.

The same can be said for the PS2 Mini’s storage capacity. Memory cards were all the rage back in 2000, but now that you can fit 1TB of data on something the size of Bowser’s thumb claw, there really isn’t any need to include ports for your old data cartridges. Sure, you might want to be able to pick up where you left off on Soul Caliber 2 or Resident Evil 4, but chances are it’s been so long since you played them that you won’t even remember what happened after the beginning title sequence anyway.

Which Games Would Come With The PS2 Mini?

How do you whittle down over 3’800 games to just 20 or 30 of the very best? It’s a nightmarish challenge (and one that our editor will probably set me sometime in the next few weeks after I’ve written this), and everyone has their own ideas as to which are the top titles that defined the consoles 12-year reign. But, Retro Dodo wouldn’t be to go-to hub for all things retro and gaming if I didn’t write down at least a couple of the titles that I would want to see on the PS2 mini, so here goes.

I’ve already stated that this PS2 Mini is going to have the world’s largest hard drive in it (I was employed because of my ability to exaggerate), so it’s not going to be any trouble to put on a ‘Grand Theft Auto’ subheading with all of the titles up to Vice City Stories…right? The same goes for the Crash Bandicoot games and all of the FF’s up to XII. In my mind, that still technically counts as 3 games. Tony Hawks would have to make an appearance, as would Ratchett and Clank. As for the other 3’000 and odd games, your guess is as good as mine!

Backwards compatibility would allow us to revisit games such as Star Wars Episode One and the original Spyro the Dragon game, as well as classic titles such as Frogger and Abe’s Odyssey. If Sony get the online compatibility right, then these games could all be downloaded and swapped for or added to the games that come with the console. The best PSP games are all pretty small in size, right? Why not add on a disc drive so that you can play them up on the big screen too? If the CreoQode Lyra can give you the option of surfing the web and playing your favourite ROMs, then I’m sure that the PS2 Mini could accommodate a sneaky slot at the back for your favourite portable titles.

Eighty-nine English pounds was the price for the original PS1 Mini Classic console, which makes it over £30 more expensive than the SEGA Mega Drive Mini which worked a heck of a lot better. If the PS2 Mini were to include some of the features that I have spoken about above, then the chances are that we would be looking at a cost of around £100+ for the final product. It’s far more likely that we’ll get a small box that has 30 games on it and a couple of wired controllers for £90, but a nerd can dream.

With regards to a potential release date for the PS2 Mini, Sony has neither confirmed or denied rumours or speculations as to when or if we will be seeing their next entry into the Mini Classic series. We suspect that Winter 2021 might be when they plan to launch their next mini console; not only would it be 3 years since the PS1 Classic, but it would also help to boost company revenue over the Christmas period. Only time will tell, but be sure to check back here for more info and crucial updates as and when we get them! 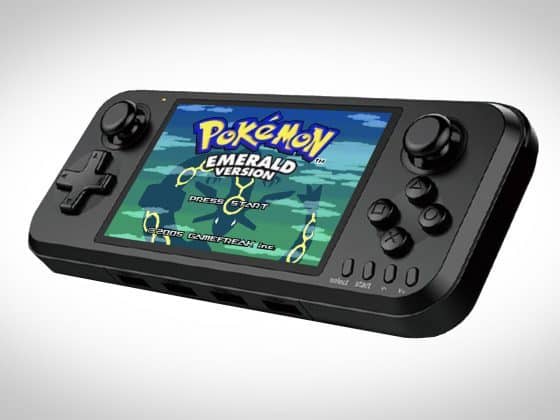 Q400 Handheld Could Be A Worthy Pickup For Pocket Gamers 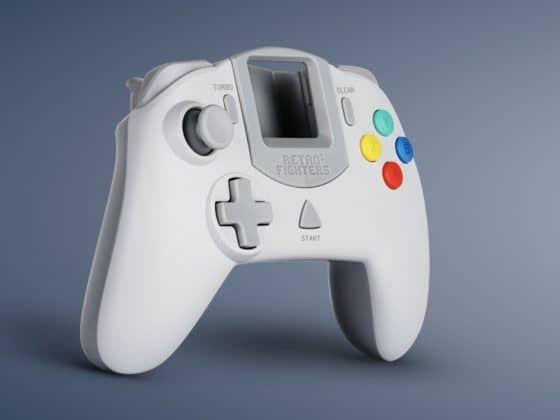 Retro Fighters Revive The Dreamcast Controller With A Bang