Which are the best retro toys of the past five decades? Which toys and gadgets best define your childhood, and which went on to make kids so excited on Christmas Eve that they hardly slept a wink?

While there have been so many amazing games, devices, inventions, and ideas over the years, there are a few stand-out examples that revolutionised the toy market.

That’s why we’ve compiled a list of 10 of the very best retro toys to have done the rounds over the years.

And to be honest, I wouldn’t be surprised if you still had most of these kicking around up in your attic gathering dust!

Anyway, that’s enough waffling from me. Let’s crack on and check out the best retro toys ever to drop off production lines!

Get ready for a real treat!

First up in our list of the best retro toys is the Magna Doodle, the original magnetic drawing tablet released back in 1974.

Can you believe over 40-million of these toys have been sold around the world? This was a revolutionary gadget and the first easy-wipe drawing device around.

Using a magnetic pencil and magnetic particles, kids (and big kids too) could draw intricate patterns and perfect pictures, shading and detailing as they went.

And when they were done, they could simply pull a slider along and demagnetise the board, leaving the screen blank for another new creation!

Stretch Armstrong could be one of the most iconic retro toys around. It might have been proven worthy enough to enter our list of the best 90s toys, but Stretch first started his toy box career back in 1976.

Can you believe that he had a run of 21 years too, with production finally ending in 1997!

I call that a pretty good career!

For those of you new to Stretch Armstrong, this American strongman was an action figure filled with a gel like substance. Kids could pull him, twist him, and stretch him, and even tie him into a knot.

This is what people used to get kicks from before the PS5, you know.

In 2016, Hasbro revived Stretch for a new run, bringing back the original 90s design. The legend lives on, so why not grab one for your kids and see if they enjoy it as much as you did!

The best retro toys don’t get much more famous than the classic vintage red Lego Bucket.

Listen, I don’t need to explain Lego to you. This Danish block building phenomenon took the world by storm, and the red bucket was one of the most used items in my collection.

What do you see when you look at the pic above?

I see a whole world of creation, infinite possibilities from blocky houses to brick-shaped ducks and cars.

Yes, with a big imagination, this red bucket held epic adventures brought to life one stackable block at a time. Build a plane, a boat, a giraffe, or a spaceship.

According to sources in the know, over 600-billion Lego pieces have been made across the globe…

… no wonder we keep standing on them all the time!

This next gadget is the one that started everything off here at Retro Dodo. The Game Boy the handheld that spawned our love of gaming and propelled Nintendo into the hearts and minds of millions.

It’s also the device that started our OBSESSION with collecting every handheld under the sun… so it’s got a lot to answer for!

European gamers might remember the Game Boy being released in 1990, but over in Japan and America, the DMG dropped a year earlier in 1989.

It was the most asked for Christmas present for two years running and still remains the muse for handheld gaming creators everywhere.

Check out the PiBoy DMG for proof!

Nowadays, you can play the best Gameboy games on your TV using the Retron Jr. Still, if you want the original, green-tinged experience, then grab an original grey-shell DMG today!

The Fisher Price Great Adventures Castle was the real deal. Not only did it provide access to a dungeon, secret rooms, rooftop battles, and a proving ground for knights, but it also came with a working canon!

Stack up enemies on the ground outside the castle, raise the drawbridge, and fire a plastic boulder into their ranks.

Honestly, it doesn’t get much better than this!

With a massive imagination in my little mind, this castle played a part in epic wars, terrible sieges, and lots of sinister escape plots.

If you know, you know…

Ah, the Tamagotchi. How many of these do you think your teacher had stored away in her drawer after confiscating them from students? My guess is enough to open up her own toyshop…

… and I bet she wasn’t feeding or cleaning up after them either!

I think every nineties kid had a Tamagotchi. If you missed out on the fad, then these miniature digital pets were about as addictive as a Class A substance (also something that seemed to be very popular in the 90s…).

I couldn’t wait to get home from school and teach my little chicken some tricks, feed him, and clean up its poop. It didn’t matter that it was basically a pixelated square with eyes, it was alive and I was sure as heck gonna keep it that way…

… although whenever it died you could just press the reset button…

With next-gen consoles, magazines, and tv shows a-plenty to keep up us occupied, you might think that the humble Tamagotchi has been resided to the history books… but you’d be wrong.

These tiny creature-inhabited digital eggs are still super popular today. Grab one and take a trip down nostalgia boulevard!

If there’s one toy in this list that doesn’t need an introduction (is it fair to called the PS2 a toy?), it’s the PlayStation 2.

Sony’s second home console is still the best selling console of all time, with 155 million sales under its digital belt.

The original chunky PS2 dropped in the year 2000, it changed gaming forever… and not just because of the little PlayStation logo that could be turned when the console was in vertical mode.

Just think about some of the best PS2 games, for crying out loud! SoulCalibur II, Devil May Cry 3, Final Fantasy X; the list goes on and on.

If you really want to get nostalgic, then check out our list of the best PS2 accessories and find out how much a PS2 is worth today!

Don’t worry, the RoboSapien isn’t going to destroy your family and take over the globe. It’s a funky little robot that interacts with sounds and commands.

Use a remote or computer to activate pre-determined commands, have it pick up objects, and other cool functions like throwing things…

… ok, so let’s hope it doesn’t get hold of any darts or spears…

With 67 command functions, RoboSapien is a clever little dude with some seriously cool moves. Just ask it to dance and stand back in awe!

Elmo Live takes the 9th spot in this list of the best retro toys between 1970 and 2021, a singing-dancing-furry friend that captured the hearts and minds of kids everywhere!

This interactive Elmo toy is super advanced too. It can cross its legs, react to tickles, and has live sensors that react to voices.

Elmo even asks for hugs and blows you kisses. Seriously, why bother looking for a partner when you can have Elmo in your life!

Designed to help children upwards of 18 months with their listening and interaction skills, Elmo is a fun and engaging toy to have around the house.

And the best bit is that he’s got a pretty good singing voice too!

On the downside, he does need 6x AA batteries… that’s one expensive electricity addiction!

Lastly, and only because of the date it came out and not because we don’t love it, is the Skylanders Trap Team Starter Pack!

This starter pack is like Christmas in a box. As well as the Skylanders video game, it also comes with two skylanders figures, two traps, a poster, stickers, and trading cards.

Plus, the all-important Traptanium Portal!

This portal is the ultimate place to capture defeated bosses in the Villain Vault. There’s even a speaker where you can hear them crying out for vengeance.

The Skylanders series is known for being a pretty hands on game with its collectible accessories, and this starter pack provides newbies with everything they need to get stuck in while igniting an expensive obsession.

It could have been a 90’s game with that description! 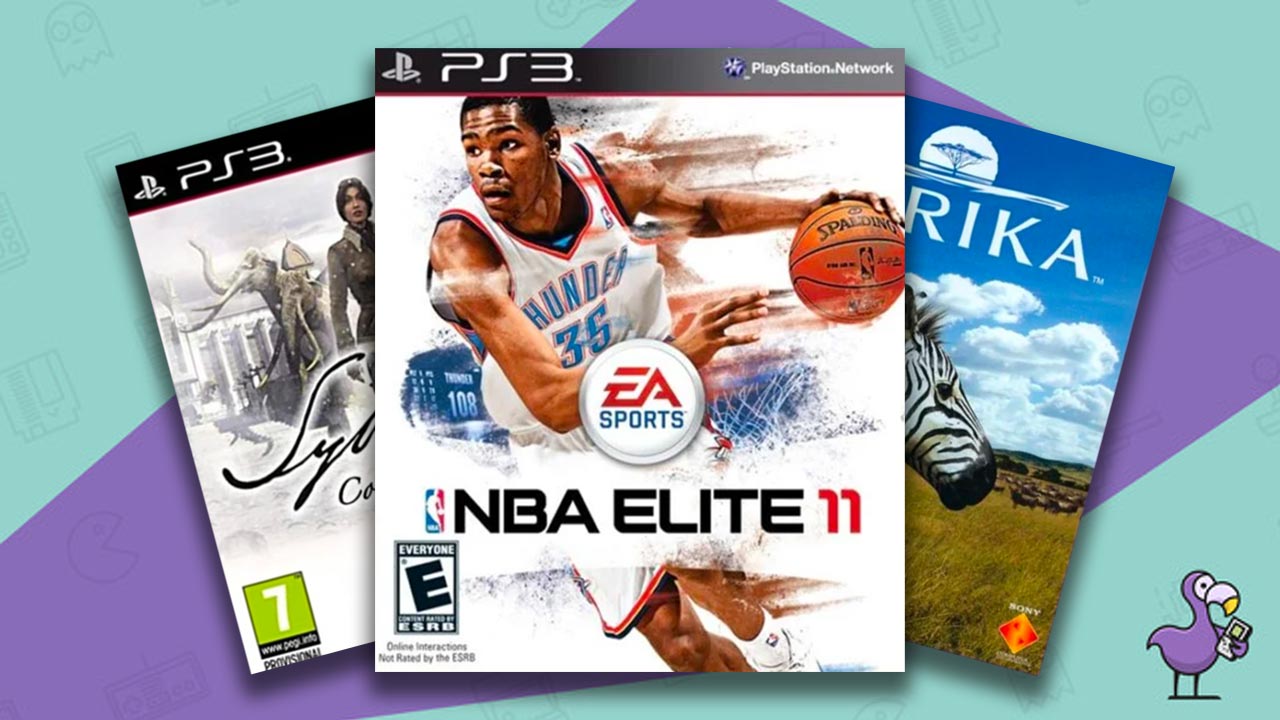 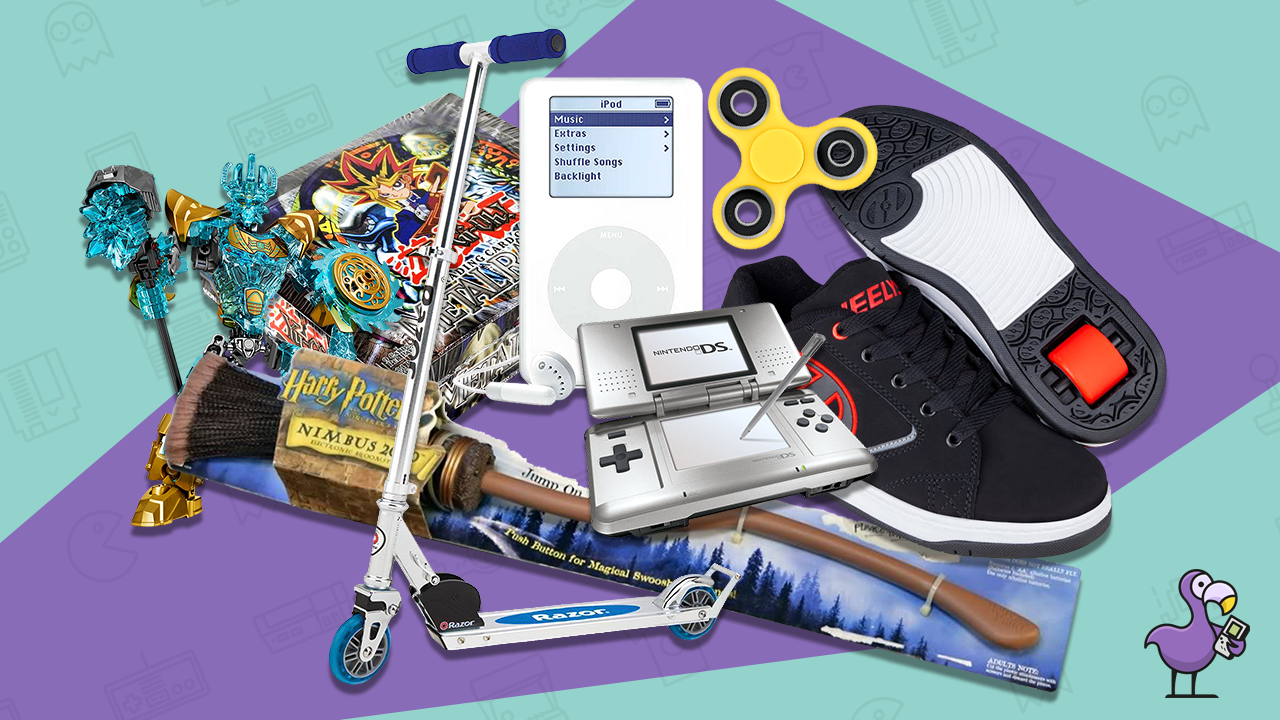 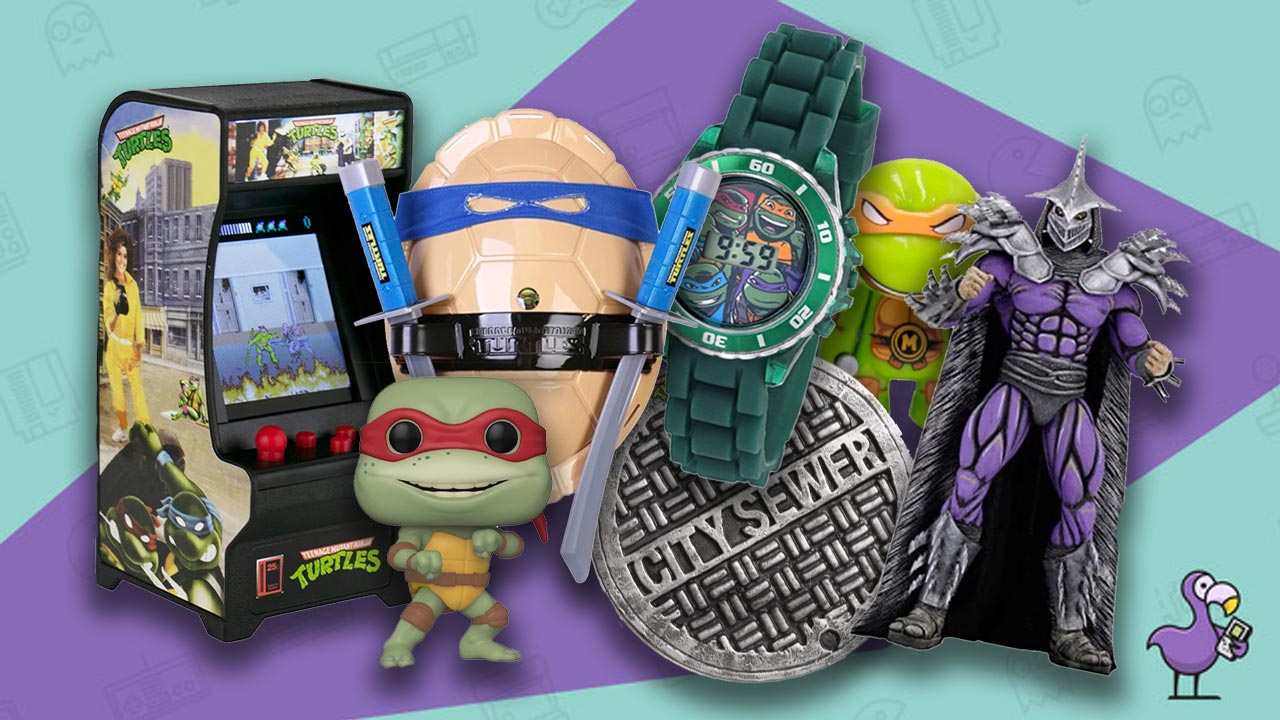 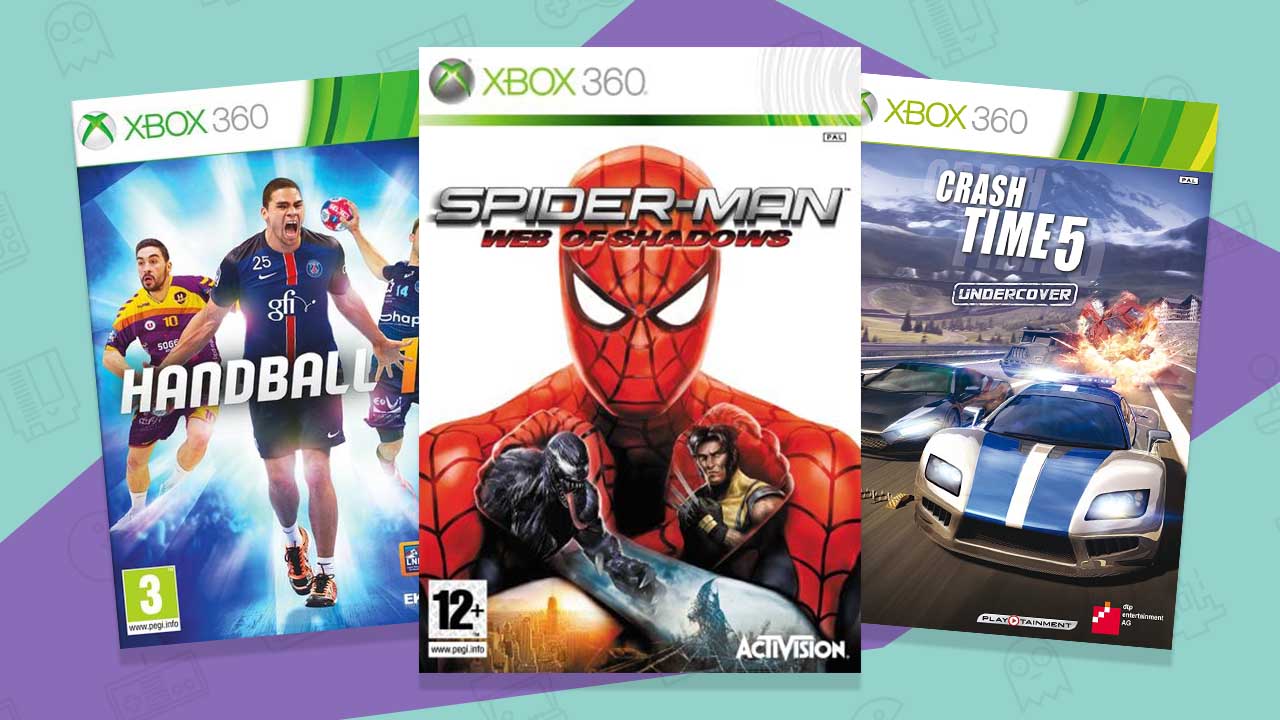 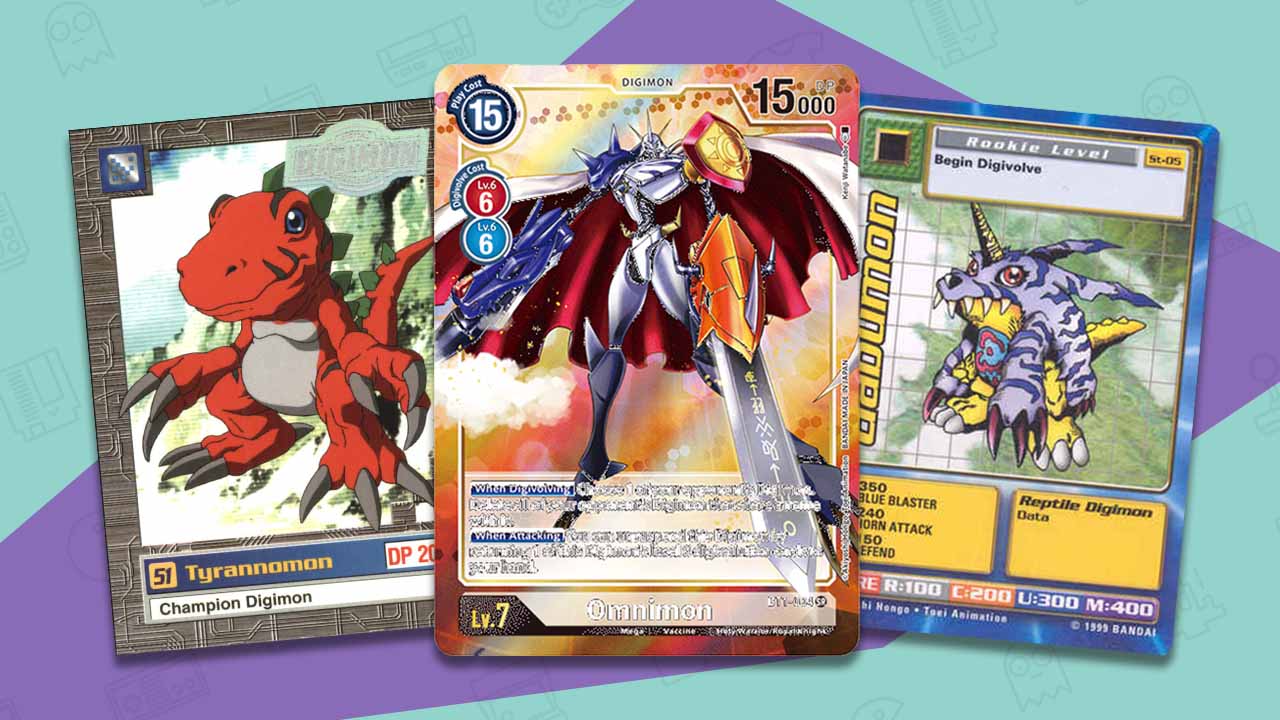 7 Rare Digimon Cards That Are Secretly Worth A Fortune